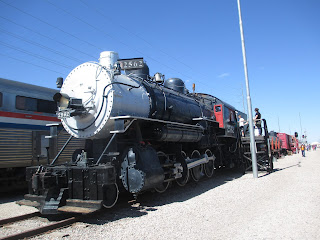 The museum is free on Railway Day. It's small, so you're mainly outside looking at the trains. They had more trains open than normal to walk into. You could blow the horn on the above train, which is fun even for those with the very most casual train interest. 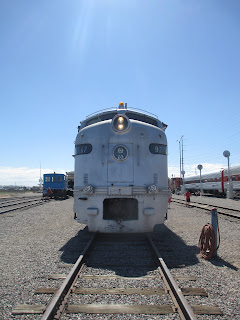 Don't fear to step in front of this train; it isn't going anywhere. 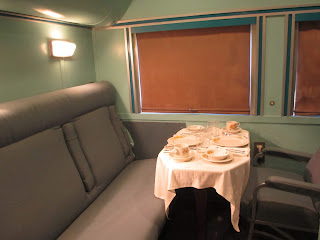 The cars there were from a variety of eras, some as early as Edwardian, some mid-century, and some later. There were dining areas and sleeping areas and passenger areas like the one below. These seats were much more comfortable than modern plane seats. 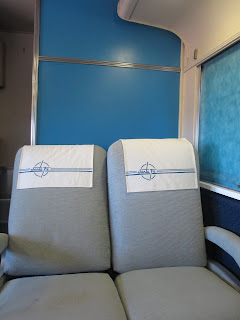 You could also walk through I guess it would be called the engine room on one of the trains. Can you tell how interested I was in that part? 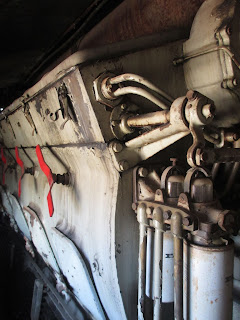 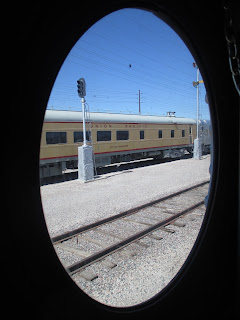 One of the cars had some displays of vintage dishes from particular trains or train stops. There was also some info on the Harvey Girls (quick history: trains would stop at certain locations long enough for passengers to dine and the Harvey Girls were the ones serving them). That being closer to my era of history, this was one of my favorite sections. 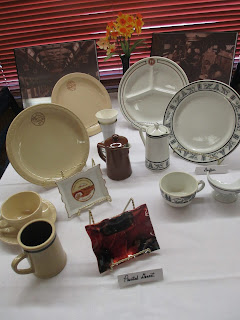 As were also the older train cars. This little sink and cabinet speak of a time not long after the (previous) turn of the century. 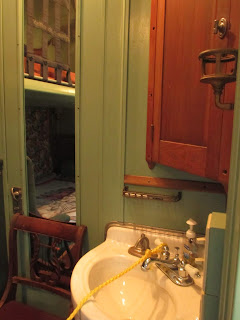 A great cabinet and typewriter, too. 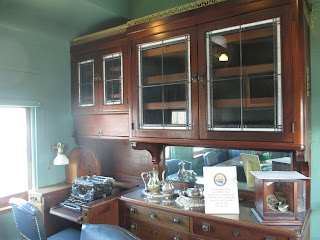 And just look at the wood details and the glass. Now that's the type of train I'm interested in. 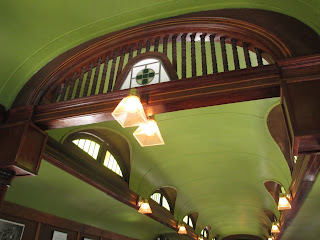 The day was sunny and gorgeous, so spending a late morning outside walking in and out of a collection of trains was unexpectedly great.