1) Primeval - I really shouldn't keep starting new TV shows--I just end up addicted until I've watched all available episodes. This particular one is British sci-fi; although the first season is from 2007, I think I am among many Americans just now discovering it (which likely has something to do with it streaming on Netflix). But I have, in fact, so much to say about this show that it will have to wait for a later post. 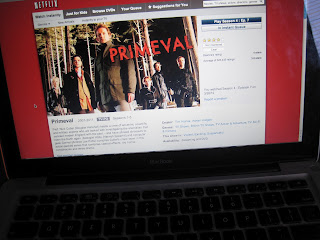 2) Revlon's Lip Butter - Having heard much about this product, I finally picked one out in Sweet Tart. Although the shade is perhaps a darker pink than I need, it's a nice product. It works much like a tinted lip balm, but is more pigmented, yet not at all like a lipstick. It has a small sheen or luster, but not high gloss--a positive for me. My complaint is actually about the container: the top/lid/whatever-you-call-it is too tight--it should be easier to remove. 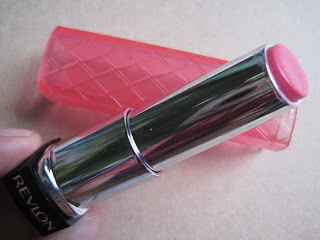 3) Crafty painting - Sometimes I like to do things with my hands, whether it's pretending to sew or paint. Now, I have a black jewelry box that I have never particularly liked, but just used because it was convenient (it used to be my mom's--she didn't like it particularly, either). So while listening to the audio for a book for class (I don't do this often), I covered it in coats of acrylic craft paint and added some flowers. I had to be sure and not go overboard with the craftiness; a little offbeat is fine, but I didn't want it to be too much. I think I found the right balance. 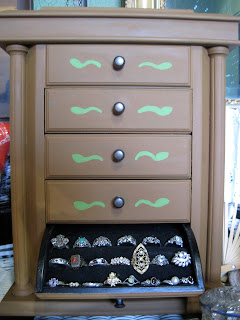 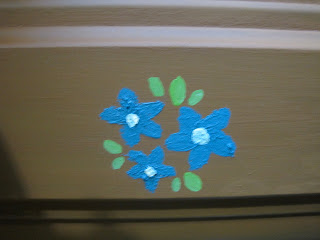 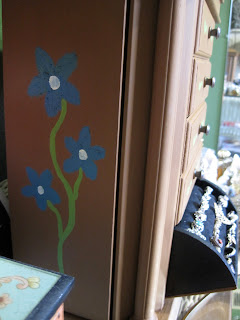 4) Graphite pencil sculpture - I actually got this one for Christmas, but kept forgetting to add it to the list. I first spotted it at the Phoenix Art Museum's gift shop, but you can also buy them online. They're beautiful, and you can write with them if you so desire. Yes, the entire piece is graphite.

5) Barse silver and pearl necklace - I have had this necklace for years--there is something in it that I find both delicate and sturdy. The pearls provide the former and the silver piece the latter. 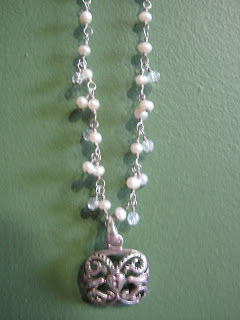 6) Belt buckle necklace - At least, I suppose that's what it is. I found it at a craft table at an event last month and instantly befriended it. Things like this remind me of what labels like Lucky Brand try to recreate--but why pay their prices when you can buy a $10 piece like this that is both unique and repurposed? 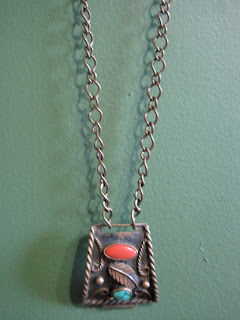 7) Fireflight's Now - My intention had been to do a separate post for this album, but I never had enough incentive to. While it's nice enough and has some good songs, it isn't my favorite overall of Fireflight's work. I find their music most inspiring when it is loud and, frankly, confused/unsure (before being drawn back into comfort--the way the songs in Unbreakable work); if I want a quieter, more methodical sound, I can turn on Philip LaRue. Still, it's an album worth getting, and I think the weaker songs (every album has them, whoever the artist) are stronger than they were on For Those Who Wait. 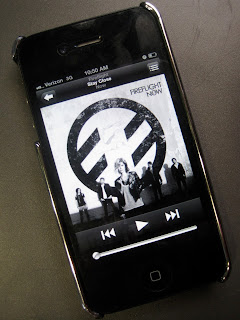 8) The sun - As I was riding my bike yesterday, I started to smile at the feel of the sun, the feel of warmth. As I have said before, heat is a force that is endearing and attractive because it is impossible to ignore. The temperature has yet to reach ninety, but we're moving up into the eighties now; summer doth begin to speak.

9) Noah's ark - Not the actual ark, but a picture I found at an antique store. It has an interesting artistry to it and makes a nice addition to my over-packed walls (although it's actually hanging in a fairly empty space near my desk). 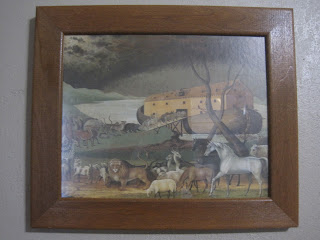 10) Fingerless gloves - These are in thought only as it is much too warm by now to wear mine, especially since they are elbow length. But I so much want to; you will recognize the influence if you have also watched the aforementioned TV show, in which a certain character often wears such gloves (in the first three seasons, that is). 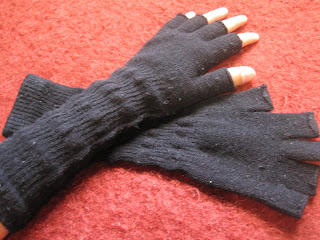