1) Carol's Daughter Chocolat Blow Dry Cream - It's getting a little late to mention this one since I usually only blow dry my hair during cooler weather, but I kept forgetting to add it before. As I've said before, I like that Carol's Daughter keeps their ingredients on the pure side. And this cream has cocoa products in it, so of course I like it. When I first started using it, I felt that it did keep my hair smoother after using the hairdryer. 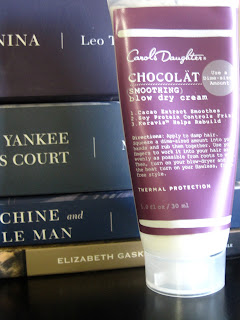 2) Wonderland Tea: Mad Tea Party Blend - I got to spend a day at Disneyland during Spring Break, and whenever I go to Disneyland, I have to go into World of Disney. I picked this tea out because I was surprised to find that it was loose (there were also tea bags). Once I tried it, I was then surprised to find that it was really good. It's a blend with black tea, apricot, ginger, calendula petals, and some other things. It's floral but also a little fruity and spiced. It's a little girly without being sweet. I'm going to be sad when it's gone. 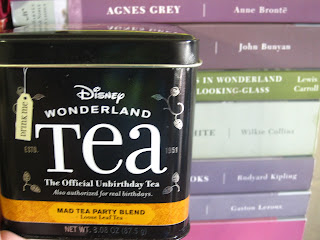 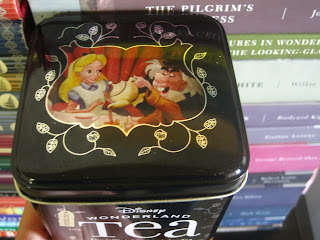 3) Tarte Maracuja Oil - Ulta had their 21 Days of Beauty this month and right away, I marked the day that Tarte's Maracuja Oil would be almost half off. If you know this product, you'll know that it costs $40--which has been way too expensive for me to buy it. But given that it was going to be at such a discount and that I had a month's notice to set aside the money, I finally got it. (Side note: you can usually get smaller bottles in the gift sets during Christmas that are also good values.) 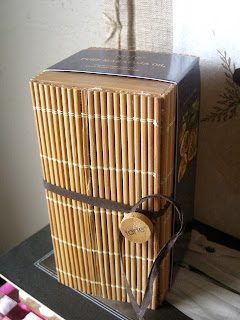 The glass bottle comes in this adorable, eco-friendly box. It's like a little beach hut; if I were younger, I would want to play with it. I think I still do. The front folds back like a little door to reveal the bottle sitting inside, protected by two pieces of foamy material (I don't know what material exactly). 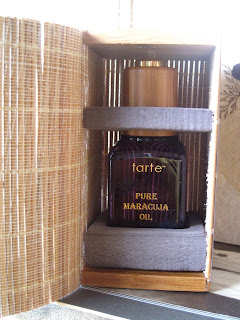 Normally, I would keep a product like this in my bathroom cupboard since it's meant for night use. But I just have to place such a pretty bottle in my bedroom with my perfume. I haven't been using it long enough to say much on how it works, but you can instantly feel something different about your skin when you put it on. I can't say it makes your skin feel softer: it's more like it becomes stronger and more toned or some such thing. There's a very subtle scent to the oil that I'm already barely noticing anymore.  I feel so luxurious having this. 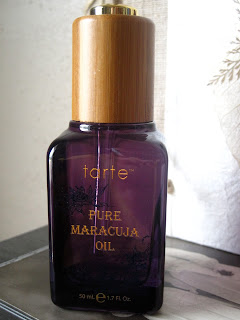 4) Warmer Weather - I didn't realize how much my body hates cold weather until it started getting warm again. It isn't frightening summer warm yet, but it's getting warm enough to be uncomfortable during the peak of the day. Yet I'm finding myself, strangely, more energized. It's like I'm a little solar-generated figure, fading in the cold and then running around when the sun starts burning me again.

5) Belle Scarf - I spotted this scarf inside Disneyland when I was trying to bypass the crowd's from the parade (the Mary Poppins float was stalking me all the way from Main Street to the very back of Fantasyland). Given my rejuvenated interest in Beauty and the Beast and given that this was a scarf instead of the more common t-shirt, I had to come back and get it later. On the bottom of one side is Belle, with the rose on the other side. The top portion of the scarf has a soft, muted flower pattern. It's the type of thing you can wear that doesn't instantly look like merch. 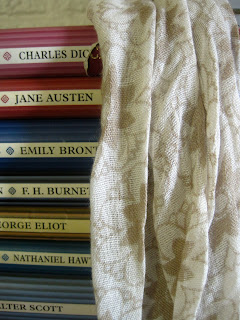 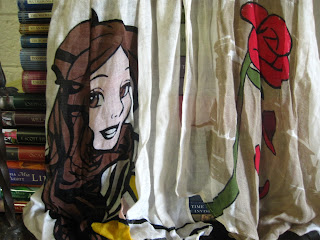 6) Metal Heart Box - This little trinket came from an antique store (which happens to be four floors) in Riverside. It reminds me of Pirates of the Caribbean . . . 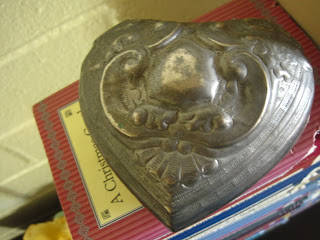 7) Calvin Klein Lace-Edged Tank Tops - I used to like Gap tank tops; then I realized that those aren't so different from what other brands off, anyway. Lately I've been liking Calvin Klein's lace-edged ones. Only for a very few shirts does it not work to have the lace underneath. And when these tops are on sale, they're the same price as Gap ones, anyway. 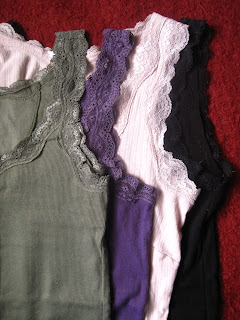 8) Green Vintage Hair-Curler - Also coming from the Riverside antique store is this Little Women reminiscent piece. I had been wanting one for a while, but just hadn't gotten around to choosing one. And since this one had a green handle . . . 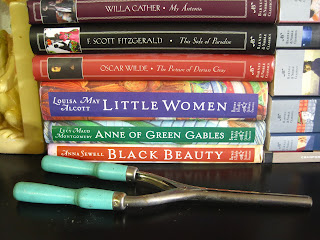 9) Gianni Bini Flats - I thought $9 was a pretty good price for these, even if I've been wearing them so much in the last month or two that they're already getting worn. They're basic, easy to wear, good for "transition weather," and they go with most of my clothes. 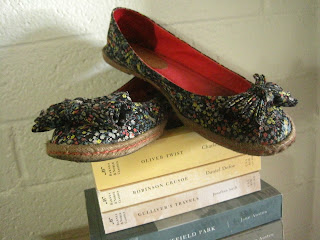 10) Fairy Tales - I don't know what I'll think of Once Upon a Time a year or two from now, but I'm enjoying the moment's re-immersion into fairy tales. Let's bring out the Grimm's and Hans Christian Anderson collections, shall we? 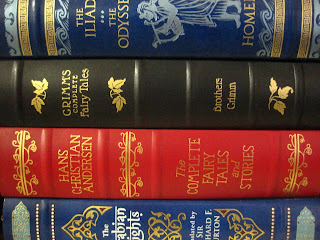 Posted by Deanna Skaggs at 9:04 AM