But alas, the library due date for my copy of Poems has come yet again and I've decided I shouldn't keep renewing it anymore. How I shall miss thee, dearie, little book. I was beginning to think you were mine, so accustomed had I grown to seeing you perching on my desk. 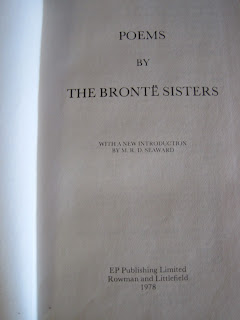 As you can see, this copy was the 1978 edition by Rowman and Littlefield. The library had two different versions and while the other was a much earlier edition, I chose this one because it still referred to the sisters under their pseudonyms (Currer, Ellis, and Acton Bell). I thought that meant it would be more like the original copy they published. 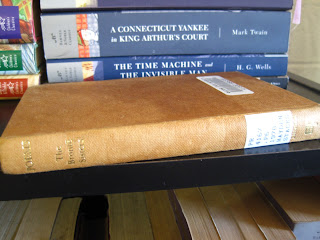 Being such a, ah, fan of the Brontës, it was a pleasure to read their poems, even if they are recognized (almost only) for their novels. True, some of the poems in here weren't the most wonderful in the world, but some were rather good and all of them helped to illuminate the sisters' writing as a whole. 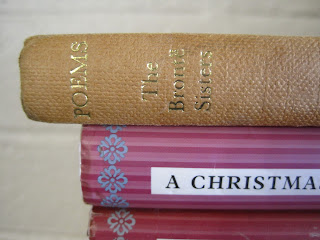 Although Charlotte is the one I claim to have the greatest connection with, often Emily's poems seemed to come across with the greatest (or most often) strength, making me wonder why they aren't read more. Maybe I can see why the casual reader wouldn't read them, but why don't literary scholars read them more? In classes I have taken as an undergraduate, there are poems we have read that I felt weren't as "good" as some of the ones in this book. (Of course, I understand that, as a scholar, you read things for a variety of reasons: it may be their artistic merit, their subject matter, their popularity at the time they were written, etc.). 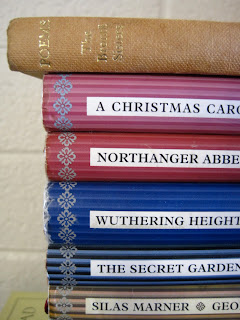 As much for my own records as anyone else's, I kept notes on which poems stood out while I read. From Charlotte: "Mementos," "Frances," "The Teacher's Monologue," "Preference," "Evening Solace," and "the Missionary." The last one, naturally, reminded me of St. John: I'm beginning to see his character in a new way and reading this poem helped me see just what Charlotte may have intended with his character. From Emily: "Stars," "The Philosopher," "Remembrance," "The Prisoner," "Hope," "Sympathy," "Plead For Me," and "The Old Stoic."While some of Charlotte's poems I marked because of how they reminded me of her other writings, Emily's poems were often very good on their own. She seems to be the one who got the most out of this format (although I really shouldn't compare them). From Anne: "Home," "Memory," "The Student's Serenade," and "Fluctuations." While I certainly marked less of her poems, you have to love Anne's artistic voice. "Fluctuations" was actually the last poem in the collection and it was very beautiful. (It also reminded me somewhat of Midnight Sun. Enough said on that sub-topic.)

Now I sigh. I'll have to get my own copy of Brontë poems someday.