I know, I know, I was so excited about Tolkien's translation of Beowulf being published and then it took me over a month to get through it. But you know, for being a translation of what is not a hugely long poem, this is a thick volume. It's over 400 pages, being composed of: the Preface, the Introduction to the Translation, the translation itself, Notes on the text of the Translation, Introductory note to the Commentary, Commentary, Sellic Spell, and The Lay of Beowulf. It isn't just one read: it's a lot of material. 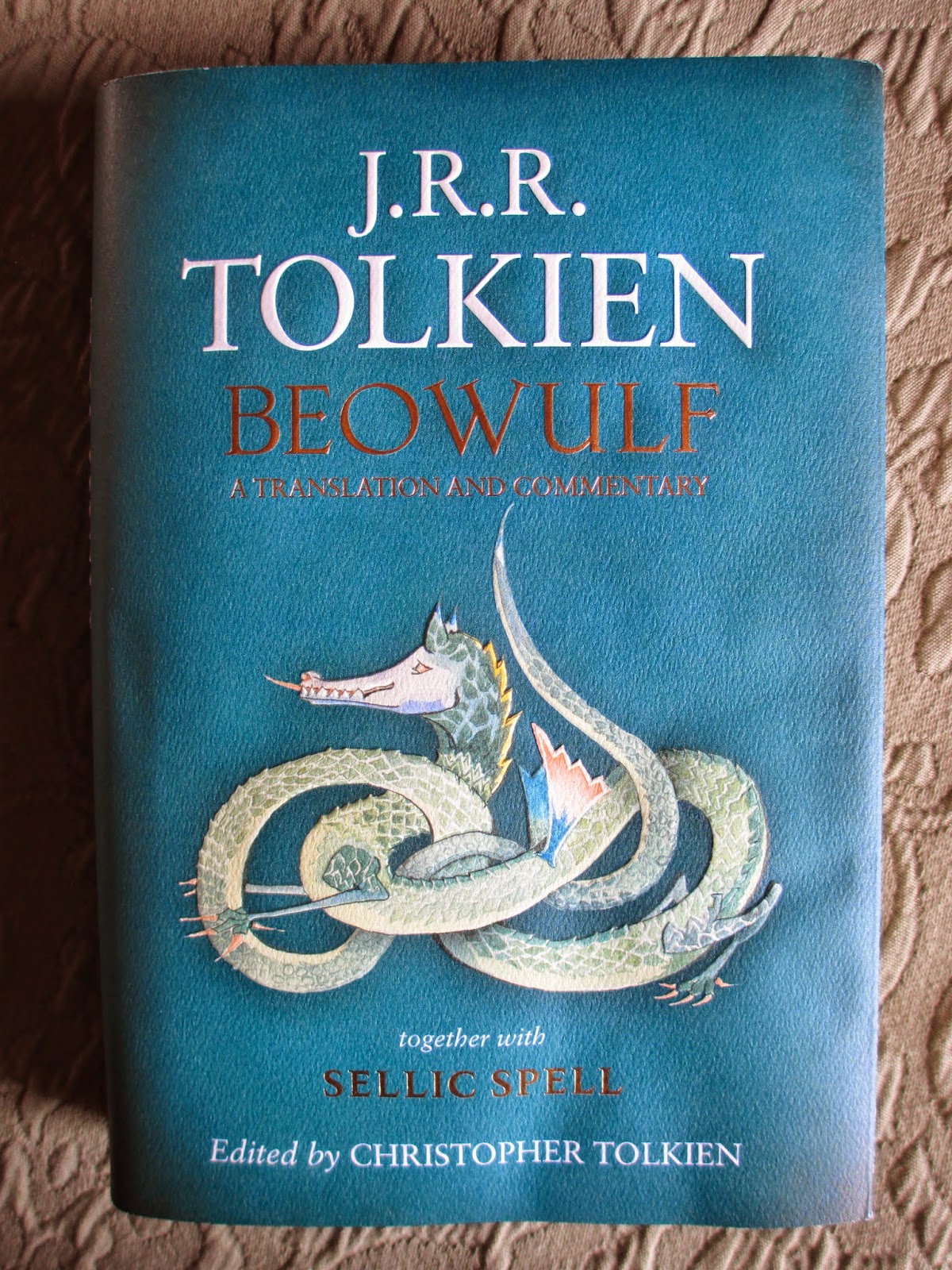 I've found that what interested me most when I moved through everything was not the translation. The three times that I read Beowulf in college, it was Seamus Heaney's version--and I think that one was, in a way, a more pleasant read than Tolkien's. But, of course, Tolkien never published his translation--and he did most of it when he was still fairly young; so, as Christopher Tolkien constantly asserts, you can't just look at it on its own. What I enjoyed most was finding parallels to his Middle-earth writings, whether in content, approach, or language. And it was a change from Heaney's version to see how Tolkien wrote in prose while still maintaining something of the beat or flow of words from the old manuscript. Anyway.

I didn't read all of the commentary. Sorry, I'm still enjoying being out of school so I didn't quite feel like going through all of it--plus, I never studied Old English, so much of the material regarding the translation is sort of beyond my scope. But when I got over to Sellic Spell towards the end, oh, that was when I got happy. Sellic Spell was Tolkien's way of imagining what the Beowulf story would have been like closer to its original form, back when it was still a folk tale. It's about 26 pages of straightforward language, and it is fantastic.

Sellic Spell concisely brings in the significant portions of Beowulf's story. Beowulf (renamed Beewolf) becomes a hero all over again, someone admirable and courageous and strong and noble. The action becomes perilous and exciting. The monsters, they're good. And if your interest is in crossovers with Middle-earth, you'll find some. The inklings of Theoden and Rohan and Eowyn, Wormtongue and Gollum and the Black Riders, Aragorn in his isolation and in all his glory. Oh, yes, and then there is The Lay of Beowulf. The two poems bring back memories of Tolkien's poems about Nimrodel and Amroth, Gil-galad, and the others. My college professor who taught the Beowulf and Lord of the Rings classes must be having a field day.