Click here for my initial thoughts on Doctor Who.

Really, I was watching the classic Doctor Who episodes. I was enjoying them; some were pretty good. But some were less good, and I got stuck in The Web Planet. Those episodes just seemed to keep going and going, and I was really starting to miss the newer series--so I stopped on the classic episodes and jumped back to 2005, running all through to 2013 again. It was like I had my time machine, eh? 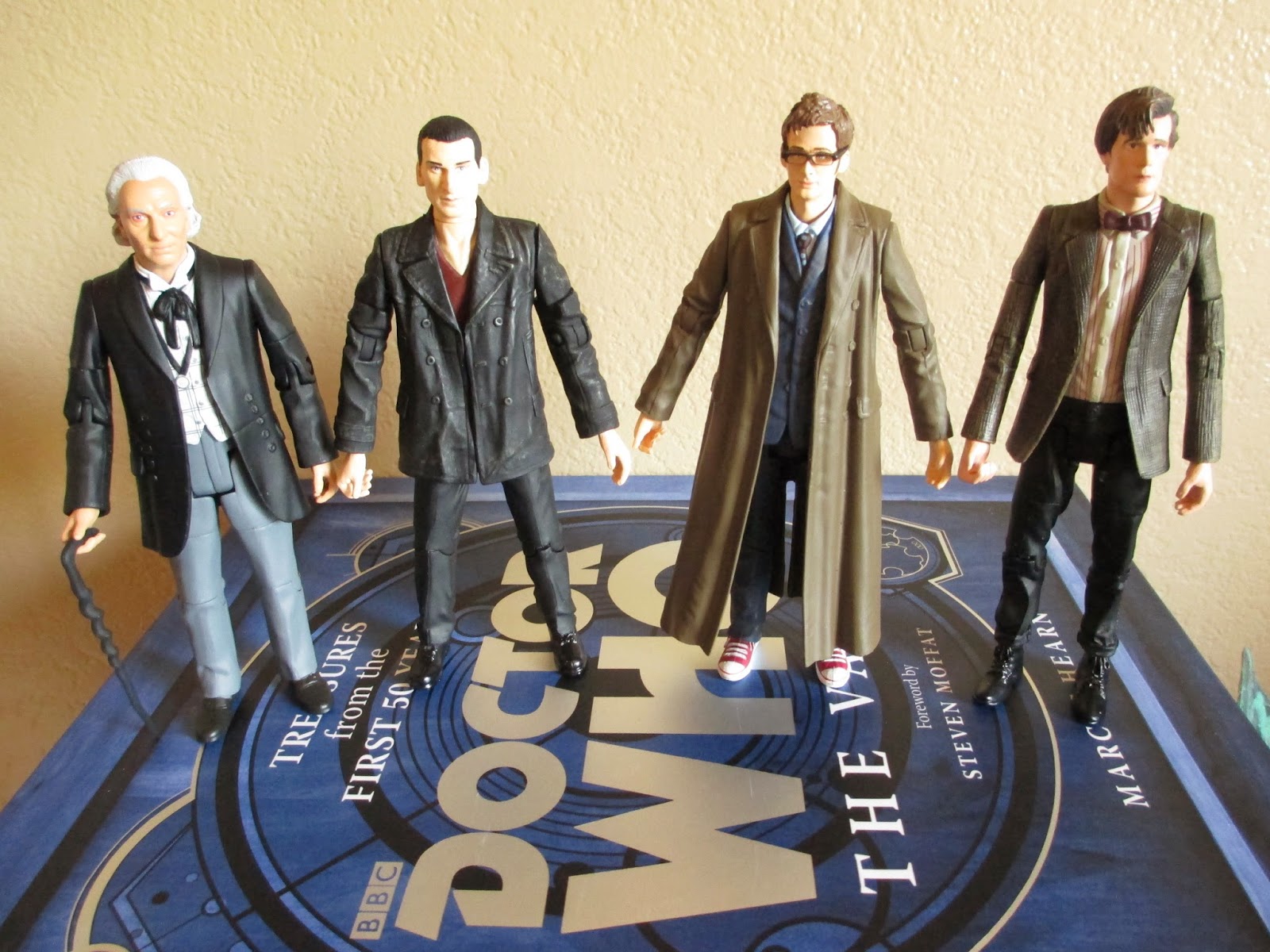 It's always a test of how much you like something (or what it is about it that you like) to rewatch it. I found myself more resigned to things I didn't like (like some of the creatures), paying more attention to an anticipating my favorite moments or lines. Oh, and I've come to really like River Song now that I know more of her story; it just makes her easier to understand when you know more about her. So it was a wonderfully fun time to go back and watch the dear old episodes a second time. And then I got to the final one, "The Time of the Doctor."

I always liked Matt Smith's second coat more than the tweed: it's longer and more Victorian in its shape. But then this time, I started wondering about it. I thought maybe they gave him a longer coat to go more with David Tennant's long coat to prepare for "The Day of the Doctor." And then came the second part of "The Time of the Doctor," when the Doctor ages and starts using a cane--and I realized that they were making him look like William Hartnell. The Eleventh Doctor circled around to be like the First Doctor. And I became nostalgic for those 60's episodes and I missed the First Doctor. And that was lovely.

Now I'm sort of stuck again. I'm going to continue where I left off in the classic episodes, but Season 8 is going to start in one month. Will I watch both simultaneously? Or will I let the classic episodes wait again? I feel like I must quickly watch everything, but there is so much to go through after fifty years of one show--and I suppose if I've waited this long to begin, I can wait a little longer to finish. The time machine called Netflix will let me visit those old moments again whenever I want.