1) Lollia Imagine Perfume (Flowering Willow & Lotus) - Lollia is probably my favorite perfume brand. Tocca's really nice, but Lollia just seems more me sometimes. I'd been planning to get this perfume back in December or January, only to find (when I finally went to get it) that the company stopped making it. So I stalked the ebay listings for a few months and finally came across this one that was marked lower than the rest because a third of it has been used. You see, I just felt like I needed it for my collection--especially since I had been planning to get it. It has a creamier smell than the other Lollia scents that I have, though still very much floral. 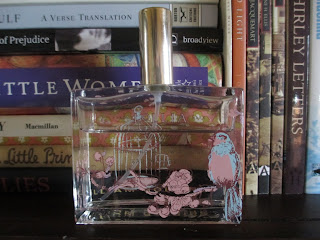 2) Horned Melon - Actually, this isn't a favorite at all--I just wanted to post about it somewhere, so this is the place. I wanted it because it reminded me of the fruits in Star Wars: Rebels and then I realized that it's exactly what Rey is eating at Maz's castle in Episode VII (except that hers is filled with some other fruits or something). So, um, that's what had me excited. Inside, well, it was basically like an extra seedy cucumber of the variety that you can usually only grow yourself or buy at a farmer's market. Just seeds, really. So I have to admit that I didn't eat much of it; I shared it with some chickens instead. But it's still cool-looking, isn't it? 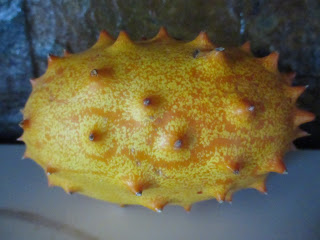 3)  Udder Delight Pink Lip Balm - This is the same little store in Cave Creek (which is right above Phoenix/Scottsdale) that makes the arnica salve I sometimes use. They also make soaps and lotions, including a bug repellant one that's great for summer. While most of their other products have goat's milk (hence the name), this lip balm doesn't. Instead, it's made with rice bran oil, beeswax, cocoa butter, coconut oil, lanolin, and butter cream flavor. Not sure what that last ingredient is exactly, but it does make the lip balm taste nice. Very smooth and almost sweet; at first I thought I was just tasting the cocoa butter. The pink coloring is less than subtle: it's like a hint of tint rather than an actual tint. Still, that's good for days spent outdoors, when it's moisturizing you need more than color. 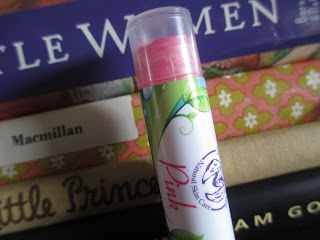 4) Gardening - Since I pretty much ignored the garden in winter (I kept getting sick in fall, so I never planted what I'd wanted to put in for the winter garden), I'm trying to make up for it by caring for the warm weather garden more. And right now that there has been some nice weather (and some hot weather and some cold weather--it's just been so weird), I'm trying to be outdoors a little more before summer sets in. Oregano's growing nicely, and spinach, and zucchinis growing their vines. I'm learning how to properly prune tomatoes. Carrots are my favorite to watch grow: there's something so fascinating about their green, carrot-smelling tops with the bright orange roots hidden beneath the dirt. Pretty much, gardening is good for the soul, even if you're (like me) still learning.

5) White Bermuda Shorts - I had just been saying that I needed some white capris or something like that, and then I saw these at My Sister's Closet (which is a string of stores in Scottsdale/Phoenix with the best used clothing). They looked pretty new, and I think they might be an Anthropologie brand (which is my current favorite place to buy shorts and pants, when I have the money for it [which is okay because I don't need to buy new ones often]). They're sort of a tight fit but the material is very soft and flexible, making them almost like wearing leggings. I'll get a lot of use out of these. 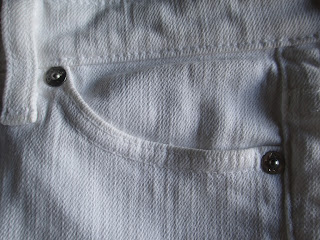 6) Get Smart - I've been slowly moving through these episodes again. In case you've never heard of the show, it's a fantastic product of the 60's about a secret government organization of spies and it really has nothing to do with spies, just jokes. 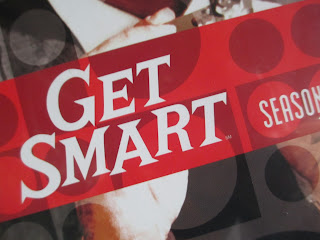 7) Vergani Gianduiotto Chocolates - I'm not going to do a review of these because they fall under the candy category more than anything else and candy is kind of boring and often pointless to try and review, for me at least. But I had to mention them because I am enjoying them. They're just little piece of hazelnut chocolate, nothing more and nothing less. 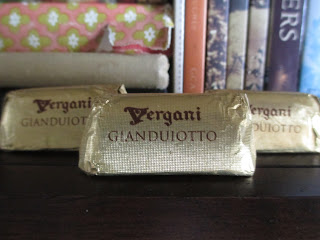 8) Spring Blooms - I was down in Phoenix this past week and the saguaros were in bloom, a special treat since the flowers are gone as soon as they come. A few days before, I also caught these two at the Desert Botanical Garden over there. Just beautiful. 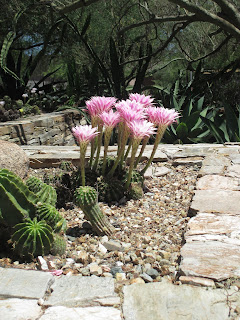 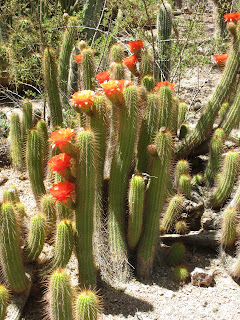 9) Cave Creek Candles in Chocolate & Rose - Right behind the previously-mentioned goat's milk product store in Cave Creek is this candle store that I had somehow never been into. They make their own candles and infuse them with a variety of good quality scents. Nice and fresh and real. I got two small candles, one in chocolate (because I had to) and one in rose (because I thought it was the best scene in the store). And they smell rather nice together, too, like chocolate-covered Turkish Delight. 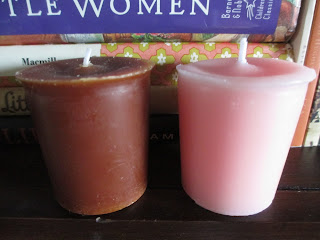 Posted by Deanna Skaggs at 4:52 PM