1) Stone Bracelet - There's a store called Prescott Trading Company (in, you know, Prescott) that has a great blend of touristy items and quality. They sell some of the clothing historical reenactors use, and they sell lots of inexpensive beads, rocks, and Western trinkets. Single-strand rock bracelets are a dollar (I have one in yellow) and the thicker ones are three dollars. I chose one with green, white, and purple. 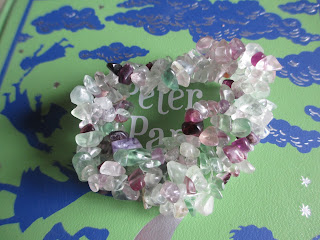 2) The 100 - There are three seasons of this show out but only about forty episodes, so I went through it fairly quickly. I won't say anything more for now because I'm planning a post on it soon; that'll go into more detail.

3) Urban Decay Vice Lipstick in Junkie (Metallized) - It's a green lipstick--how could I not want it? The question is, will I ever actually wear it? Maybe, if I bring back my green glasses to balance it out. It's quite a dark green and I do wish it were just a little lighter; maybe this is better, but I picture it better as lighter. Anyway, it's very entertaining--even if I normally don't buy from this brand anymore. 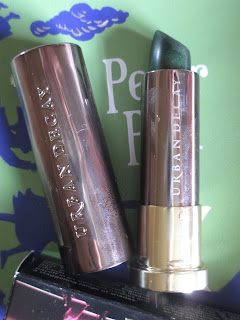 4) Flagstaff - Summer is here and you know what that means? Everyone likes to go north on days off. Flagstaff usually doesn't even reach 90, and it cools off in the morning and evenings. Lots of places to visit for a quick hike, restaurants for brunch or lunch or dinner, the Arboretum, and the ski-lifts are open in summer for a scenic ride. Had a lovely ride on these recently; you're so high up on the San Francisco Peaks that you can see for miles and miles around and the air is cool enough that you need a jacket. The air this time had a misty effect that made the view dreamlike. 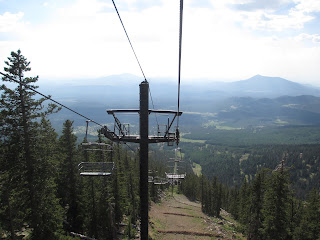 5) Tarteist Lash Paint Mascara - I just have the sample size and honestly, I'm not sure how it compares to Tarte's regular mascaras. It applies nice and dark and thick--but it does almost clump some of my lashes just a tad more than I like. I think this is because the liquid tends to already look a little clumpy on the brush; not sure if this is just a fault of the sample size or if the full size is the same way. It looks good, though, and it is a good product--I'm just still not sure if it is better than what Tarte already had out. 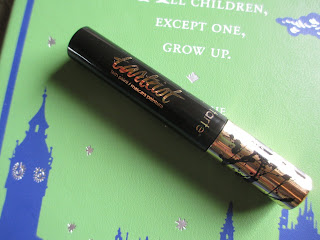 6) Raw Almonds - I used to eat almonds and cashews all the time, and then I stopped. Now I'm eating crackers and chips and while they're the better brands, still we all know that almonds and cashews (and some dried fruit) are much better snacking choices. They're also easy to carry around with you. So I'm getting back into some of my better eating habits: you're only given one body--better keep it in good repair. Oh, yes, and I almost forgot: the reason I prefer raw almonds is that I just don't like the crunch of roasted almonds as much--to me, the raw ones are so much nicer to eat. 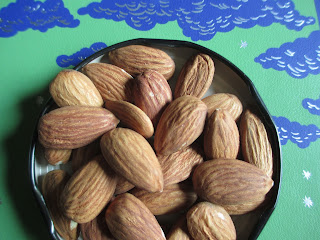 7) Facial Soap - Since I'm mentioning Flagstaff. There's a store there called P.J. Chilcottage, and I don't know it by its name--just by its location "in the building with the basement and the ice cream shop." Anyway, they sell clothing and accessories and trinkets there--and soap. In an ultimate failing, I don't remember the name of the soap (I always see it, so memorizing the name just didn't cross my mind); it's that soap that has different shapes in it, of animals and desserts and such, and lots of different scents. On the day before the ski-lifts, we had some time to kill, so we were going around smelling all the soaps. I did pick out the sunflower one because it smelled nice, but what I really wanted was this plain facial soap made with a certain type of clay (sorry, I can't remember which--I think it started with an "r" or an "l". I've only used it a couple of times so I can't make big claims yet--but it does work so far as a nice exfoliant. That alone is good: I already have some nourishing products I use on my face (namely, the rose petal witch hazel, the maracuja oil, and the raw shea butter), so it's good to have something to help cleanse. 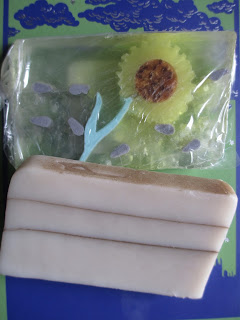 8) Squash Blossom Omelets - Squash blossoms are one of those things that people have, in the past, eaten just because they're there--and yet they've turned into almost more of a luxury plate because you have to be getting them fresh. But if you grow your own zucchinis at home (and this is one of the easiest plants to grow), then you have your own continuous supply of as many blossoms as you want. Yes, the fancy dish is to dip them in batter and fry them--which looks way too difficult (if the talented kids on Master Chef Junior were having trouble with it, then I'm not even going to try it). Instead, you can just scramble them with eggs or top off an omelet with them. Just remove the middle/bottom of the flower and separate the petals to toss in as you like. The taste is mild, just barely reminiscent of the taste of zucchini. Just enough to throw in a hint of flavor. Add some cheese, too, for more of a mix. This omelet resembles the Millennium Falcon in shape because I only use two eggs, so they don't quite cover the pan when they're cooking. 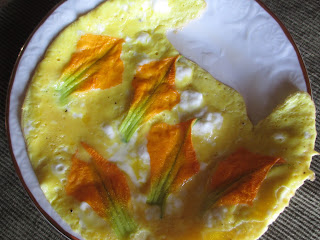 Posted by Deanna Skaggs at 3:03 PM