The Stunning Emma in Person

Well, not exactly in person--live would be the technical term. But seeing as how I'm not certain I'll ever have the chance to see Emma Shapplin live, her latest live DVD of the Macadam Flower tour is about as close as I'll probably get. 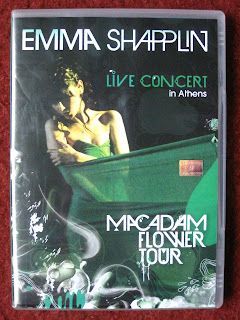 I had heard about this DVD on Emma's website, but the site still listed it as "Coming Soon." So how was I to know that it had been on Amazon (or at least it seems so) for a year already? That's almost exactly what happened with the Macadam Flower album itself; I suddenly found out that it was available long after it came out--and ran out in a flurry to order it. So I threw the DVD in with an order of books for a new class that's starting this week. 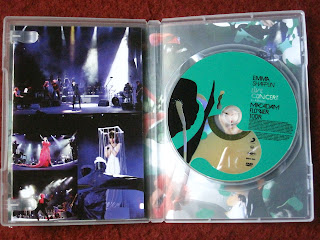 Many of the Amazon reviews explain that while Emma is stunning, the DVD and recording themselves are less than perfect. I would have to agree in a general sort of way. No extra features on the DVD like on Josh Groban's Awake tour DVD. And while some of the cinematography and editing seem to be aiming at an artistic sense, sometimes they're a little weird and/or distracting. 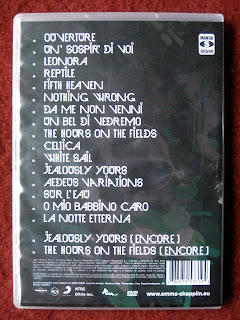 But Emma herself, or Diva Shapplin as she is sometimes called, yes, she is stunning. Her voice is just amazing: it chills and warms my blood at the same time. Sometimes she scares me when she's singing, but that's all part of it: she sings entirely on the plain that she's chosen. Watching her sing and perform is like watching a creation of imagination and beauty and life; it's art in many facets. Just during the first song, I had to pause it and scramble to get my CD booklet for Etterna (when I bought this album, it wasn't available on iTunes) so I could read the song translations. I felt like I would get so much more out of the experience knowing the lyrics. And it's true: each song is crafted with choreography and such that goes with its expression. Even the order that they are sung in tells a story, a story of life and love and vulnerability and I want to call it the sublime. You get drawn in and out of yourself and into a world of isolated emotion.

Sure, I didn't perfectly like everything (like the way that the two encore songs were ones already performed), but I'm still very happy to have this chance to see Emma live. For any fan of hers, this is a good buy.
Posted by Deanna Skaggs at 6:10 PM