This is a part of my wall right now: 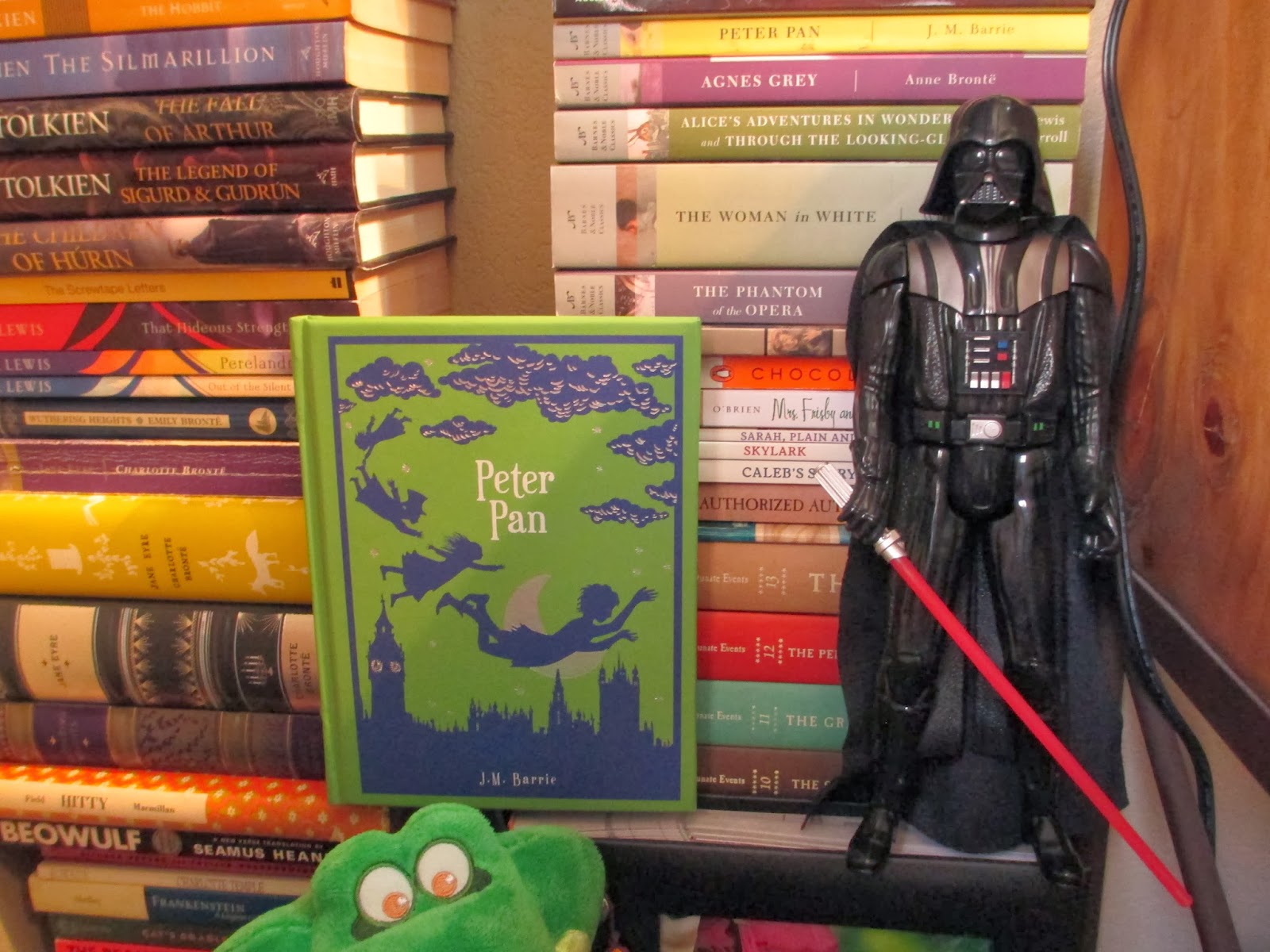 Yes, I'm crazy; we all know this. While the copy of Peter Pan is meant to go along with my Disney crocodile that you can just see peeking up at the bottom of the picture, the book in fact looks like it is also pairing with my new Darth Vader. And in looking at the two together, I realized what a perfect pairing it is, after all.

You see, I consider Peter Pan one of the most tragic stories. Ever. It isn't just about the tragedy of having to grow up: there is also tragedy in Peter's ability to not grow up. In both sides, there is tragedy. It's tragic for Wendy to grow up in the end, and it's tragic for Peter never to grow up. Darth Vader's story is also almost entirely a tragedy.

Like Peter, Anakin wanted to fight against the laws of nature. He sought eternal life because he was afraid of Padme dying, and he himself defied death when the Emperor made him part machine to keep him alive. In both cases, what was intended as a solution to tragedy became the tragedy itself--sort of like Peter's youth.

Oh, yes, and both characters are hopelessly cocky and full of themselves. Anakin always sort of had that clash between youth and age, in a way. He was brilliant from a young age, which made him arrogant, which let him stay angry and fearful. Neither character exactly has a happy story. Ah, youth. The quest for imperishable youth and peace always seems to lead to evermore sorrow and chaos.