I realize that, while I bought this chocolate rose on Halloween, it is now more than halfway through November. It's Turkey Time, with Christmas just around the corner; Halloween is now nothing more than a passing fancy. But I did want to put this rose down in the records, even if I'm a little late with it. 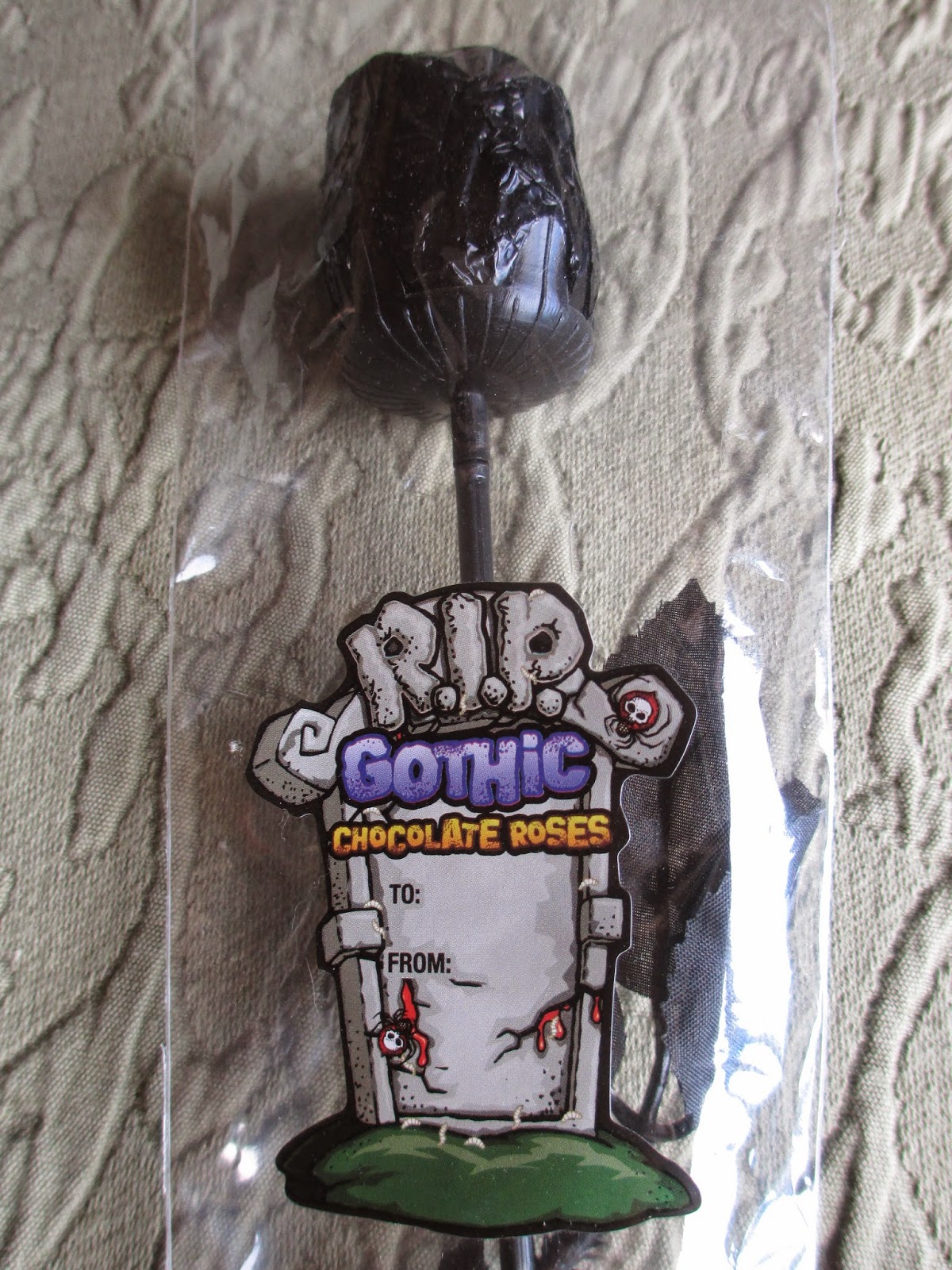 It's from Albert's Candy, a name which does not sound at all familiar to me. It's a single black stem with one chocolate rose wrapped in black foil. It's called a Gothic Chocolate Rose, and it comes with a place for To/From so that, I suppose, you can give it as a gift like a real rose. The clear sleeve that carries the label acts like the sleeve that would carry a rose--in fact, it's a nice effect, which is why I picked it up to begin with. I had thought that I might carry it around, a single black rose, during the evening. But I was busy eating candy and people-watching and going out to dinner and all that sort of thing, so the rose remained lonely. 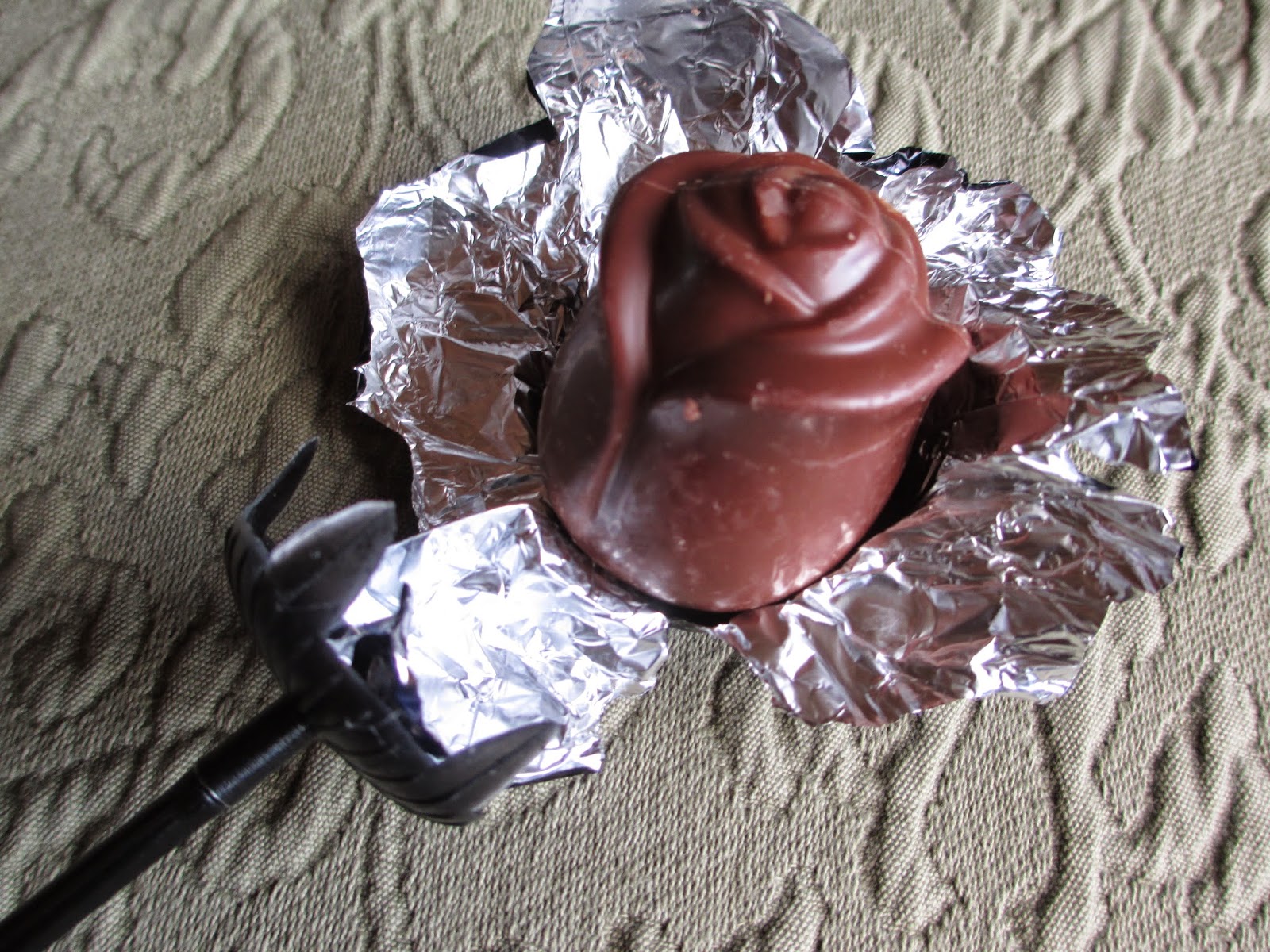 I've mentioned that I was out of town Halloween weekend, so I had half expected this rose to not survive the return journey very well. I was mistaken. Undamaged it remains, and might I add that it is fairly well molded for a casual candy novelty. The 18 ounce rose is lovely, perhaps even lovelier than a real long stem rose (I prefer freshly picked, full blooms--the long stem kind have always looked fake to me). And you know what's also so nice about this small rose? You can enjoy it for the novelty without being left with a large amount of cheap chocolate. Eighteen ounces is small enough that you probably won't get sick of it before you're done. Maybe this sounds silly, but I am entirely in earnest. 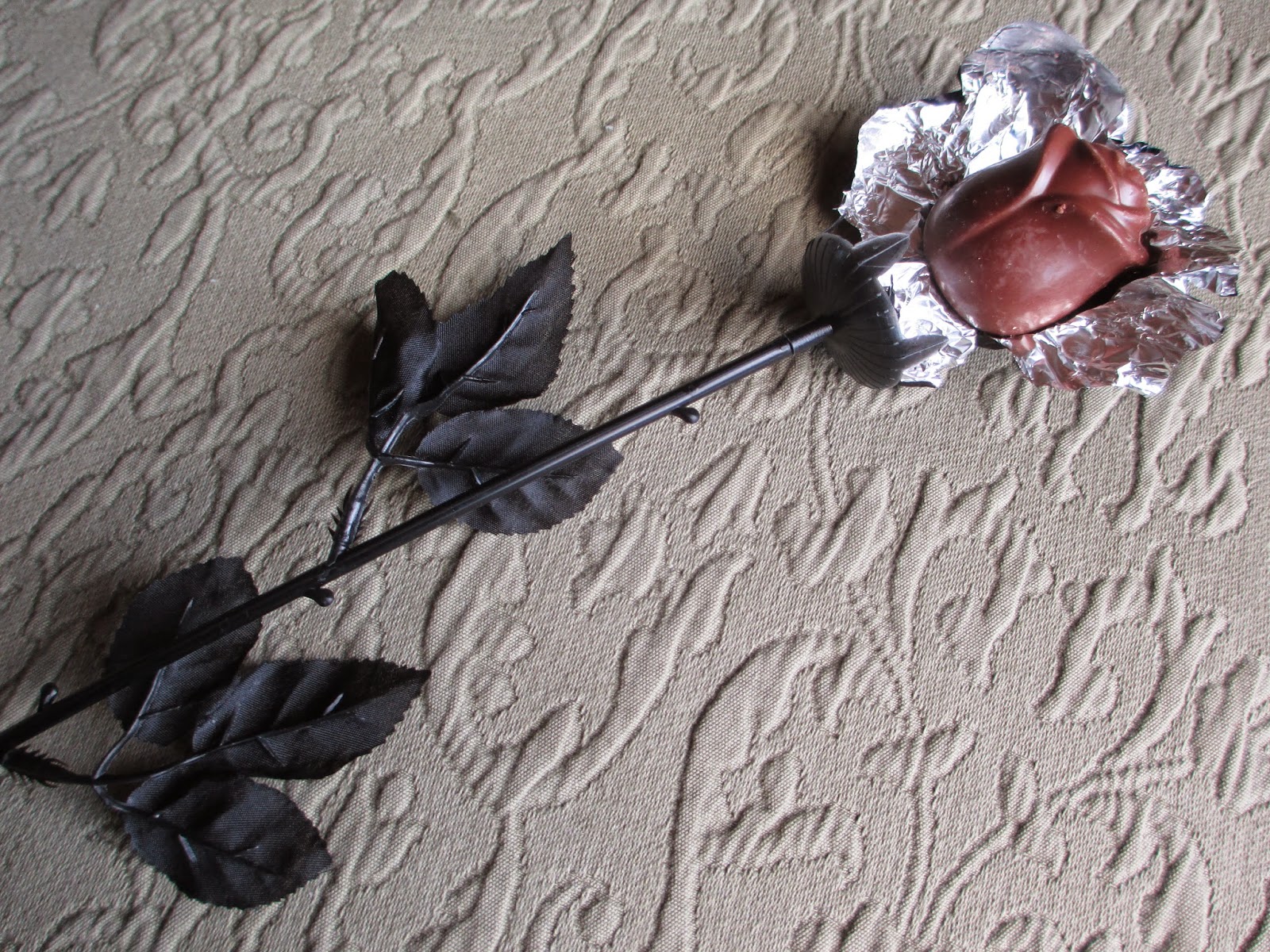 It's also true, though, that this chocolate isn't the worst in the world--especially when it comes to novelty chocolate. Sometimes there's too much focus on the play and not enough on the taste. This chocolate isn't loaded with grease and even has some slight berry notes to go with the usual caramel/vanilla flavor. The rose is, of course, hollow--wouldn't want to be breaking teeth. Once it's gone, you're left with nothing but a black stem, but you know what? This chocolate rose was fun.

Posted by Deanna Skaggs at 5:21 PM