Last October, I wrote about how much fun the Predator Zip Line at Out of Africa Wildlife Park is--and now I have gone for a second time. Now that I had done it before,  I found myself braver and more excited. Even though your reaction is to hesitate each time you have to jump off one of the towers, I didn't want to hesitate this time; I wanted to show that I wasn't scared of such a thing, which I really wasn't. But stepping out into nothing, that's still the hardest part. It's just odd, against the nature of self-preservation. 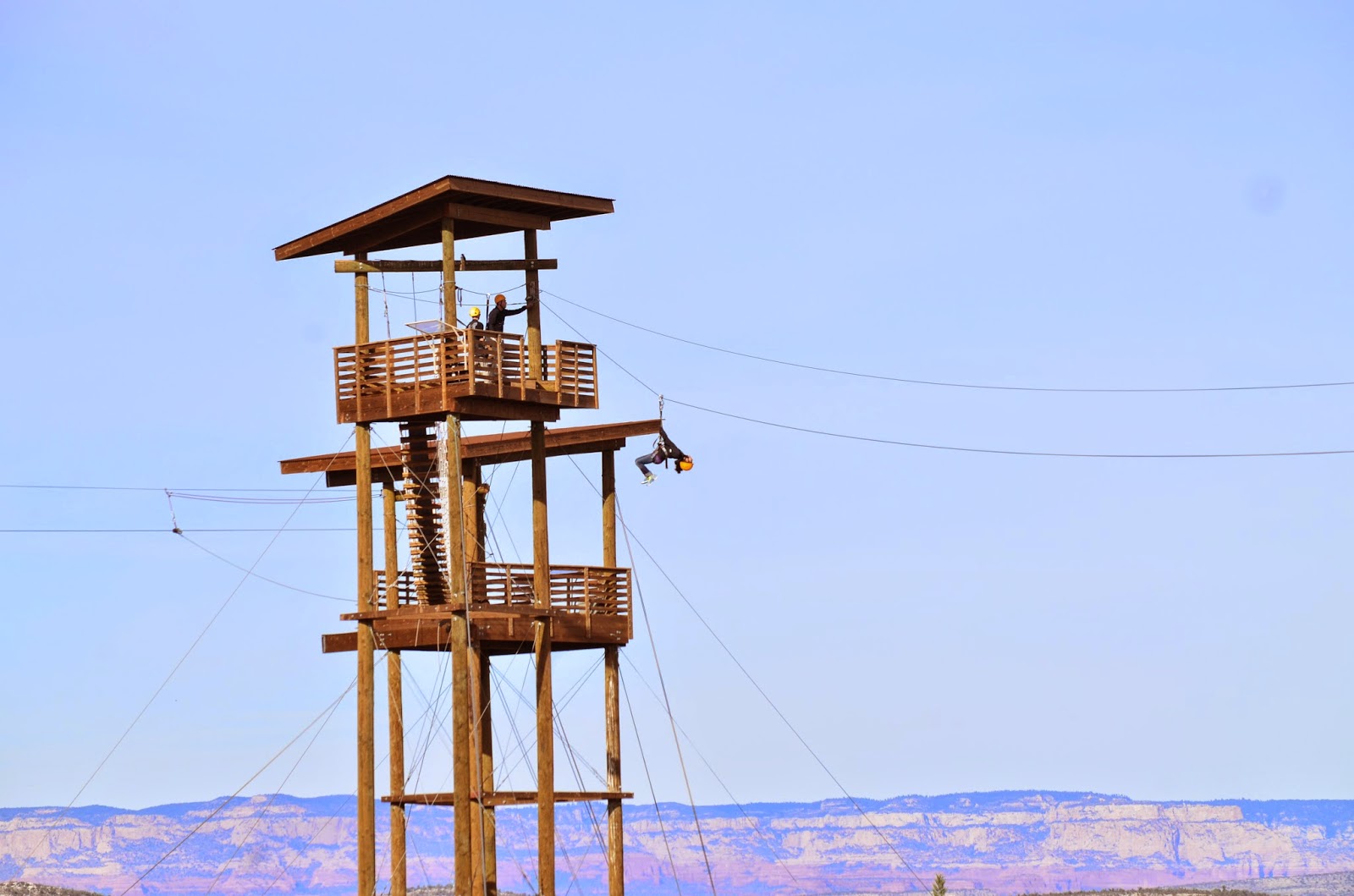 Then once you're flying, it's all good. Although I didn't try the full upside down bit, I did lean back and put my head upside down. To be flying through the air and see the horizon (with the Red Rocks of Sedona, no less) upside down is really quite the experience. The lions were also more active this time, which made it all more fun. They were making their territorial yowling sounds (I can't say roaring because it isn't roaring--it's more like an "auuggghh" sound). As I mentioned last time, you zip from tower to tower, so while you're waiting you can watch the animals under you. Sometimes you actually get a better view of them from the view on the ground. I was watching a lioness play with a cardboard box, walking around with it like a cat. The baby grizzly, Sycamore, was digging in his water tub. He's the height of adorable. 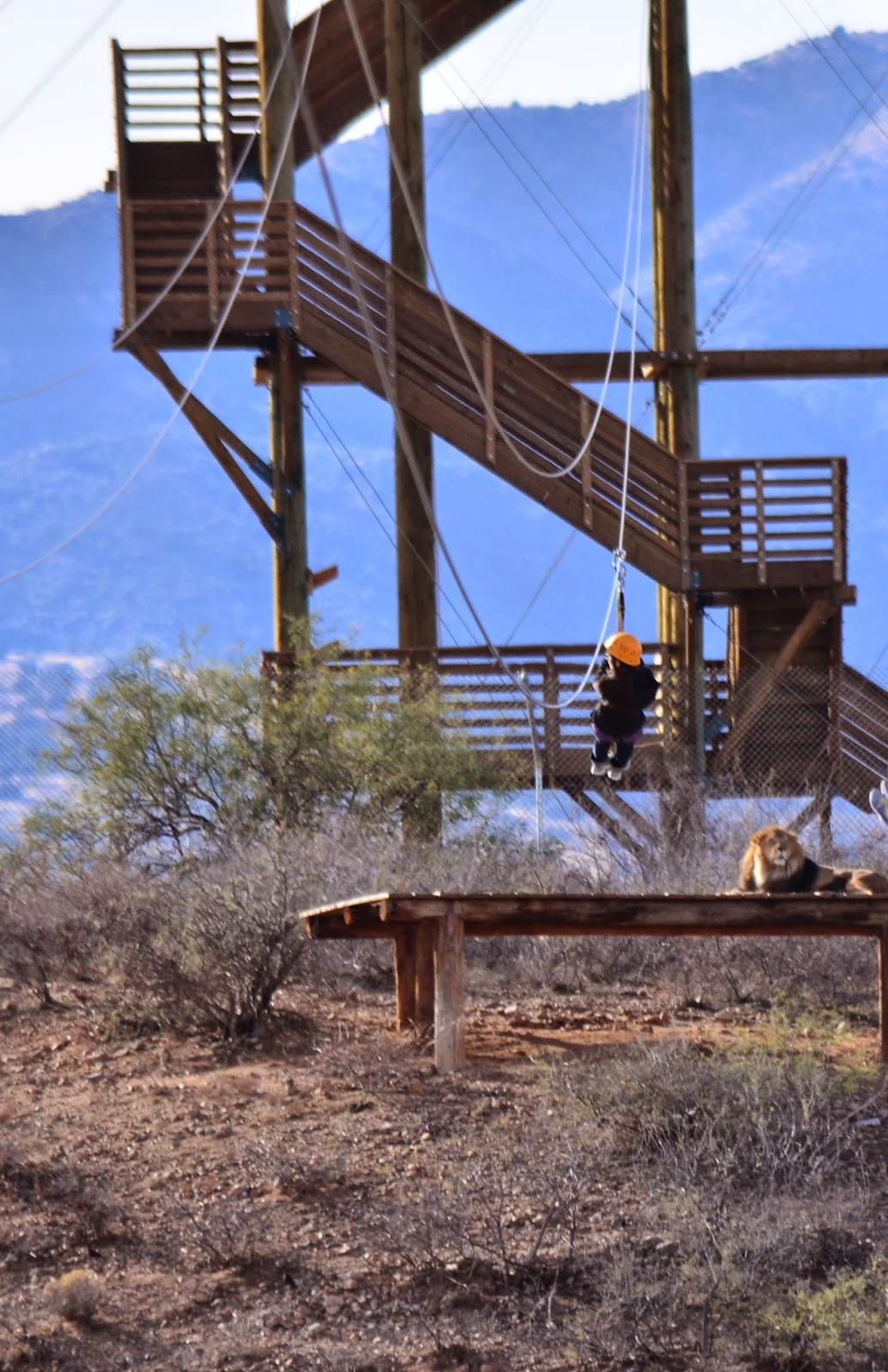 The last tower is where you race, with the lines running right next to each other. I was on the line that ran right over one of the lions, Josiah, where he was basking in the sun. So as I was jumping off, he was almost right in front of me. It's kind of funny, jumping into the arms of a lion. I think he was watching the races, deciding who would be the most delicious. (No, not really: he was enjoying the day too much to care about us.) You can see him below me there in the picture. 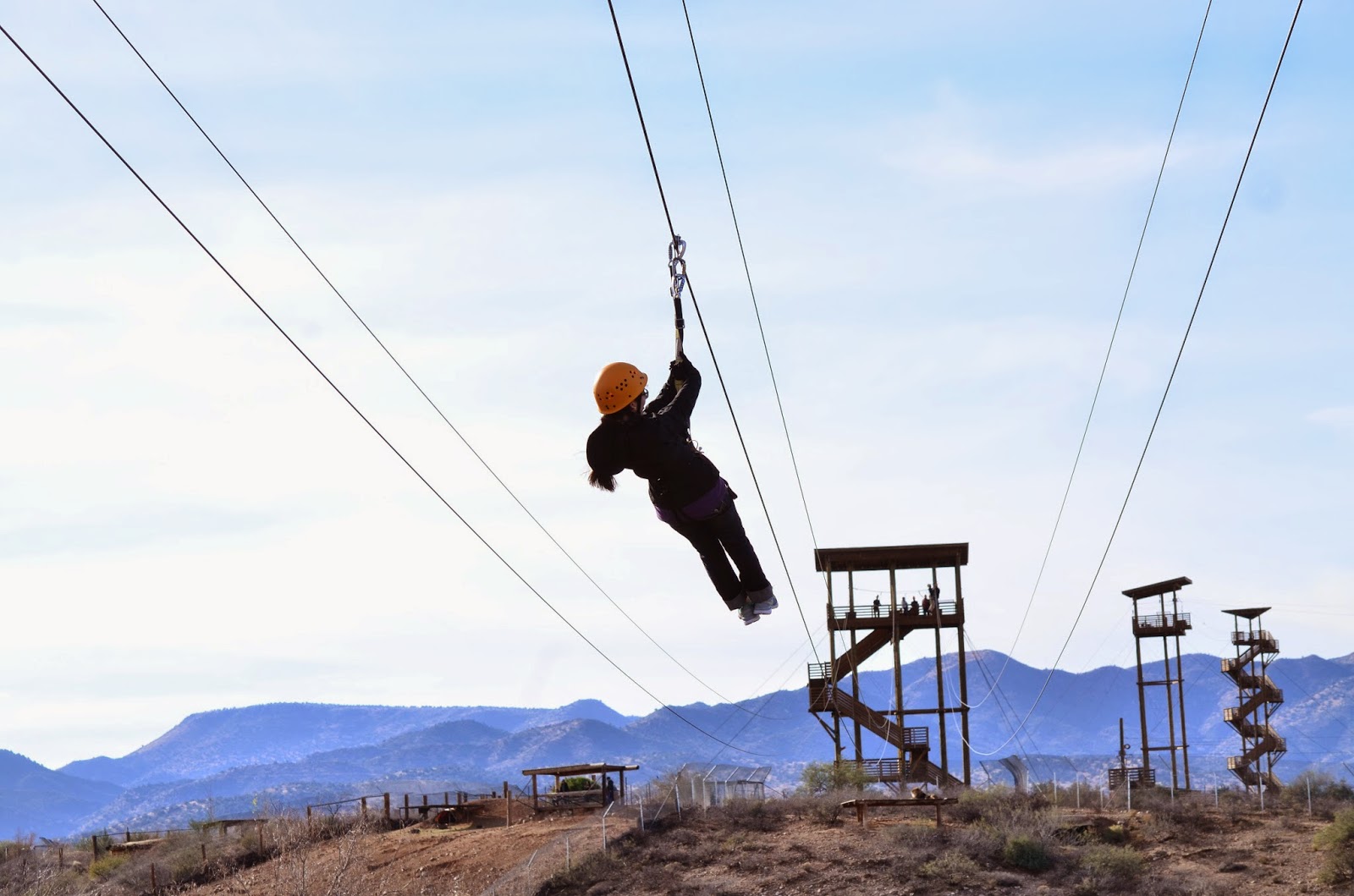 This really is quite an attraction. Now that they're keeping the groups smaller, it doesn't take quite as long to move through, which makes it all nicer. No getting thirsty, no wishing for a restroom break, and people who are visiting from out of town can still have time to visit the park itself. I feel so cool now that I've gone twice.
Posted by Deanna Skaggs at 9:18 PM