Till We Have Faces

Most people seem to still think of C.S. Lewis mainly as the author of The Chronicles of Narnia. As loved, however, as those books are and as much as I care for them, they are not always considered his best and he did write many other books, both fiction and non-fiction. The Space Trilogy is pretty good and so is The Screwtape Letters, but (other than some articles and things) those are the only other of his books I've read. It was time, I decided, to broaden out. I had heard amazing things about Till We Have Faces, that it's his best book and a life-changing book and such, so Till We Have Faces it was. 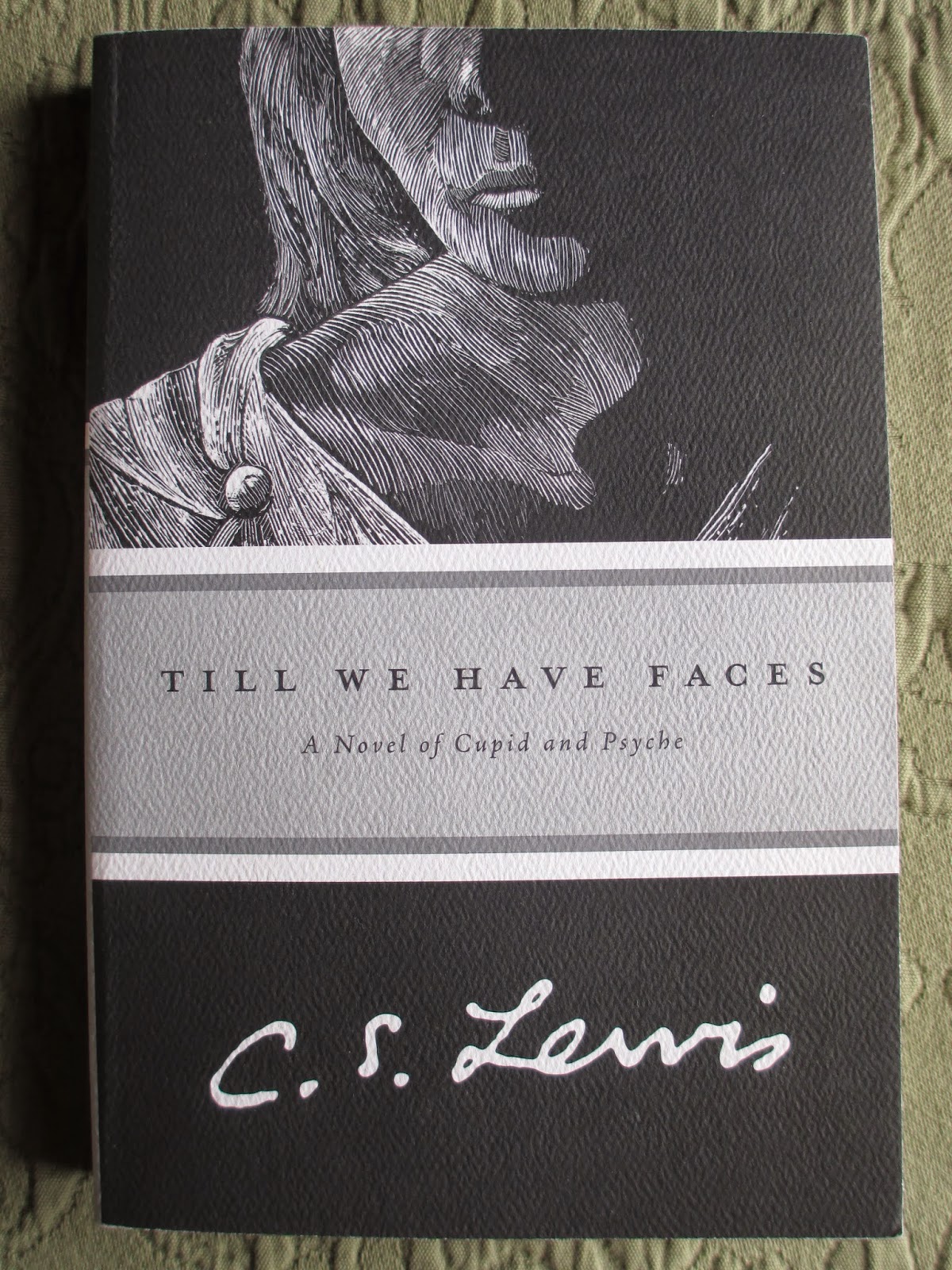 For some books, timing matters greatly. For some books, it seems that you loved them so much because you read them at exactly the time that you needed to read them. Your reaction to a book can be very different depending on what age you are, what you're going through at the moment, or simply where you are in life. I find myself wondering if I read Till We Have Faces at the wrong time. Did I read it too old? Or too young? Why, my question is, didn't it touch me so deeply as it did for other people?

As you can see from the cover, it is "A Novel of Cupid and Psyche." The title page calls it "A Myth Retold." You probably know this myth: Cupid marries Psyche but only lets her see him at night in the dark, so she brings a lamp one night and is struck by how beautiful he is because he's a god, but then he is angered that she disobeyed him, etc. I kind of wondered, before reading, what this story had to do with C.S. Lewis. But he tells it from the perspective of Psyche's sister, Orual. (C.S. Lewis writing from a woman's perspective? Weird--this is the first person I've come across it, not counting the brief moments from girls' perspectives in Narnia.)

For most of the book, you know that something is coming, something to contrast with everything Orual has been saying. Because you know she is wrong. At least, you know she must be partially wrong--it's just hard to see how wrong. She has doubts about this god that has taken her sister, about all the gods that her people and other people believe in. The bulk of the book is about her doubts, about her struggle to live her life after her sister is taken from her. And then, almost at the end, comes the contrast (if you haven't read it yet, I'll leave you to experience it for yourself).

And I get that. I get how, when you understand and see and accept the truth, it changes everything. Your whole life before, you understand how that was twisted or in darkness or whatever else. And I love what the title of this book expresses. That concept, which you don't get until the end, is wonderful. Till we have faces. It's very good. The answer that is in itself complete. That's very good. I like it. But the book as a whole? I don't know. I keep pausing over it.

It took me longer than I'd expected to read. I moved slowly. I didn't always know why there was so much page length devoted to certain things. I wanted to get to the part I could contemplate. Why do I feel this way? (Let's also take a moment to acknowledge that, whatever great things people who've read it say about it, it's never been his most popular book.) Maybe it's the kind of book that you do just need to read slowly and rethink from time to time, reread every so often. And maybe, the very fact that I'm pausing over it instead of just saying that it was a wonderful book means that it was a good book. If it has you thinking, that's success. And maybe the structure of this book is how life is: there is bulk beforehand that we don't always want to sit through or we don't always understand its place, and then when we know the truth, all the repetition or confusion and such all fade away. Till we have faces.

Labels: CS Lewis, Till We Have Faces