While I do work with the dinosaurs and therefore the temporary Dinosaurs in the Desert exhibit at the Phoenix Zoo was somewhat our competition, similar things don't have to be competition, right? They all work together to keep up interest in a topic or to combine to make everything greater and more interesting. And you can never have enough dinosaurs. So I had to make it over before the exhibit closed this month. It was in the mid to upper nineties, but I decided I didn't mind--and the weather made it the perfect time to go because I got to be alone with the dinosaurs.

The setup is pretty cool. You're walking along and you see this around the bend: 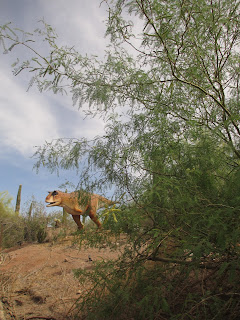 It's a Carnotaurus, the flesh-eating bull, just perched there on the top of a slight hill and looking down at you. 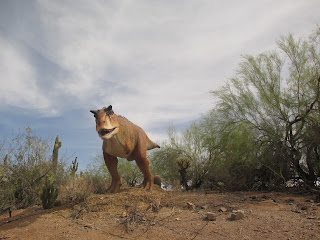 Around another bend, an Ankylosaurus waited among the saguaros. 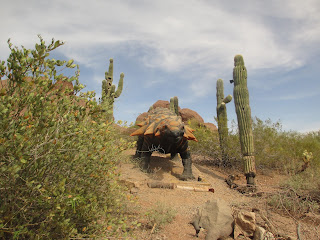 These guys looked like raptors, but they're actually Coelophysis. They looked pretty awesome with the rocks in the back and the saguaros and teddy bear cholla all around; they also made their honking/barking sounds to one another to communicate while out on their hunt. 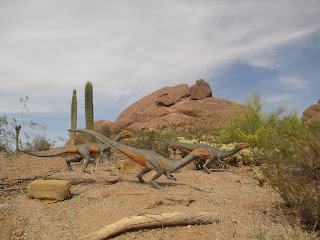 You can tell I don't usually take selfies, but I had to get at least one, right? 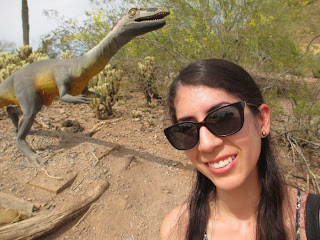 Approaching the Quetzalcoatlus is an intimidating thing. The huge feathered serpent has a beak like the ones people used during the time of the bubonic plague. It's a nightmare-like creature that towers above everyone. 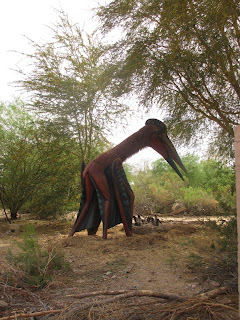 And beneath it: baby feathered serpents. 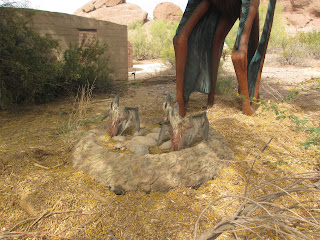 What's that in the bushes up ahead? 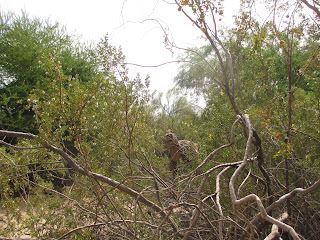 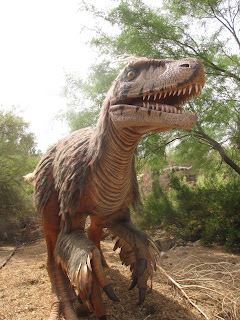 Almost at the end, a baby T-Rex stood underneath a tree. Its striped tail matched that of its much taller parent . . . 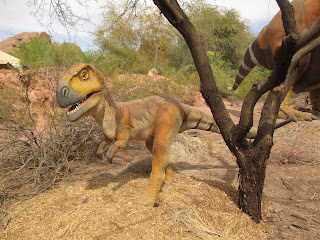 . . . which was the full-grown King of the Tyrant Lizards. I stared him down for a while, imagining the power of those teeth and that jaw and imagining this animal as a giant chicken--which is quite a terrifying image if you've ever seen a chicken go chasing after a junebug to eat it. 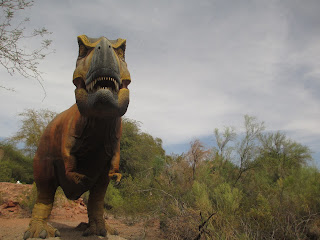 And that was the last of the dinosaurs. I did skip quite a few here for simplicity's sake; these were just my favorites. 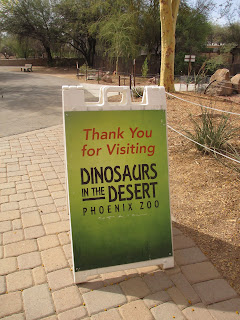 The dinosaurs were great because dinosaurs are always great. They didn't have quite as much detail or move quite as well perhaps as some other dinosaurs that I know, but that's because this was an outdoor and temporary exhibit versus an indoor and permanent one. And these were still a lot of fun. The setting, too, really made this exhibit. As you know, I love the desert. So to have these dinos just hanging out among all the cactus plants and trees and orange-toned dirt just made it something special. Honestly, too, having it all to myself on that hot day was awesome, too: it let each one catch me by surprise as I turned each corner and it let me unleash my imagination more to picture myself out in the wild with living creatures.

Posted by Deanna Skaggs at 6:22 PM