Butterflies in the Desert

I've been sharing an abnormal amount of pictures lately, haven't I? Not because I have suddenly developed an interest in photography, no: I'll never have the patience or desire to learn to take good photos. As a writer, I take pictures more as records than as the art itself.

My latest batch come from Butterfly Wonderland. After viewing their short 3D film about monarch butterflies, you move into the butterfly zone. I'm used to the butterflies at the Desert Botanical Garden since, you know, I have membership there. So the question was, how different would this be? 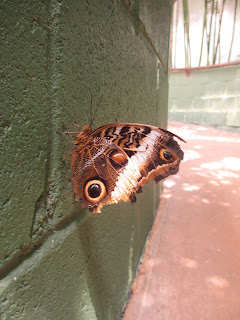 Naturally, with this being the main feature rather than an addition to a main feature (the gardens) as it at DBG, the space was much larger. There was also more walking space, which meant that instead of everyone all moving together as in a circle, here everyone has the chance to take a different route or find a spot to just sit/stand and look. 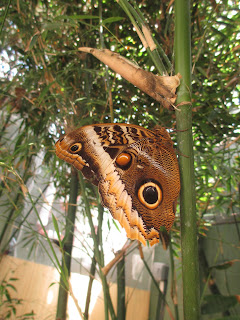 I also felt like the butterflies were flying around much more here than at the garden. Maybe that's just my memory failing me (I don't usually go see butterflies at DBG, honestly) or maybe it's because I visited at a different time of day than when I'm usually over there. Or maybe it was behavior or the time of year or the temperature or the amount of butterflies in the space. Who knows. 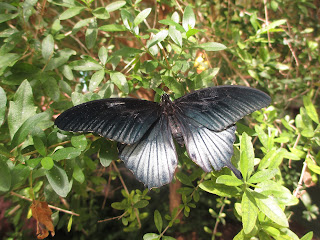 This butterfly variety kept on flying around these red flowers; I wanted to catch a picture but they flew so fast like hummingbirds that it was hard to catch them. 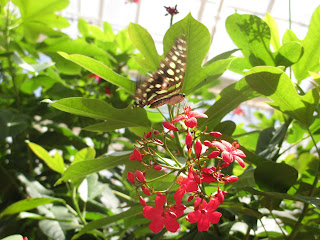 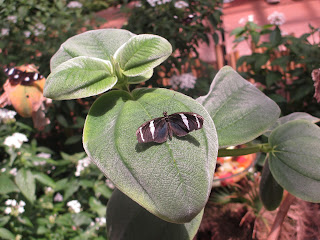 Can you tell that I was stalking these brown ones with the eyes on their wings? Brown on the outside but when they flew, you could see bright color on the inside; they just never landed with their wings open. 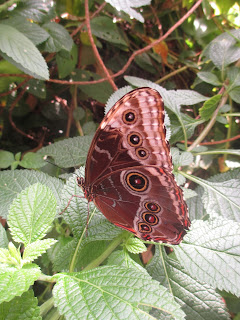 And they also had reptiles. Because, well, I guess you don't need a reason to include reptiles, do you? (No, no, they had a reason; the reptiles are all from rainforests, like the butterflies. But let's just say there are reptiles there just for the sake of coolness.) 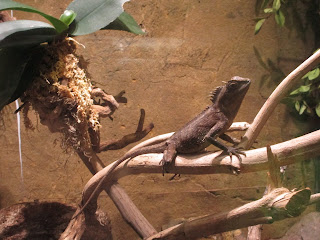 Lizards I find so beautiful. 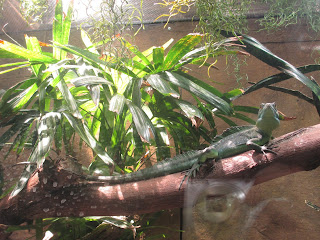 I only got a terrible picture of this one, but it was amazing and gorgeous. The panther chameleon. Bright blue and green and orange coloring and hands that split like some type of gloves with two fingers on each side so that it could grip the branches while climbing around. I was just standing there in awe of it while it showed off its cool fingers to me. 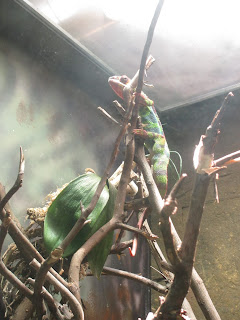 The finish is a mini aquarium section, just one room with a few little tanks in the walls and some little stingrays and sharks in the middle. I, um, have a fear of aquariums (I'm sure I must have brought this up here at some point or another), so I was fearful of the fact that I was going to have to exit through an aquarium section. But it was small enough not to bother me much and one of the employees was playing with one of the stingrays (I had no idea stingrays could recognize and interact with people like that) and that helped distract me. I don't mind more of the "pond or pool water" type of setup; it's the fish tank type ones that disturb me. Maybe I'm not ready to go to Odysea Aquarium yet, then, eh?
Posted by Deanna Skaggs at 7:29 PM