The Adventures of Connor Temple: Part 2

You can view Part 1 of this series here, and note that nothing in either post will make much sense if you haven't watched Primeval.

At first look, it appears Connor is just outdoors here; but what was he watching with a look of caution? 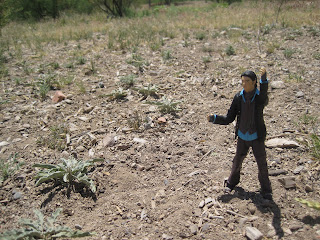 Just inches away, a group of birds twice his side flocked under a tree. Terror birds he must have thought them. And we all know how close a call he had with them in Season 3 Episode 6. 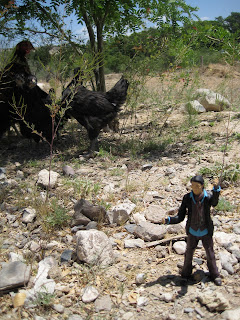 I tried to explain that they were just adolescent chickens, but Connor insisted they were dangerous predators. 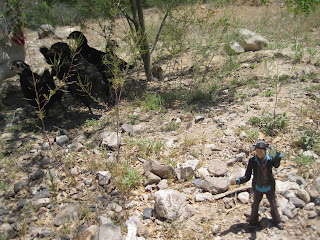 They do look an awful lot like the Terror birds. 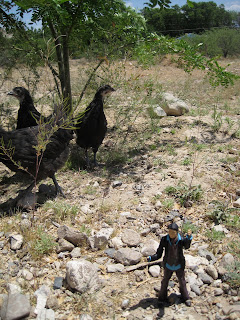 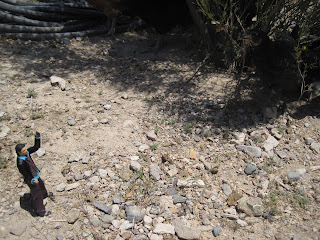 Connor sought refuge in a tree--luckily, he didn't fall off like he did in the Cretaceous (but that was sort of Danny's fault, wasn't it?) 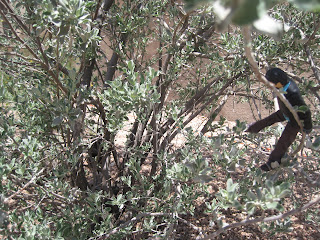 A brief respite next to giant flowers . . . perhaps they're from the future? 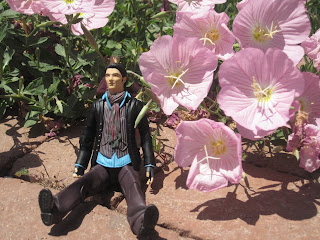 Then he was back to another tree--the overall environment must have felt hostile. 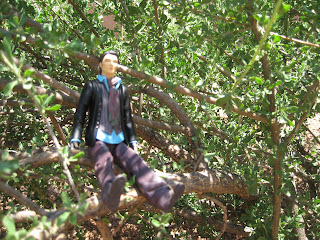 Or maybe he was just looking for Abby again. I've told him not to worry: she should be on her way over right now, though I'm not sure how long it will take her to get here from England. 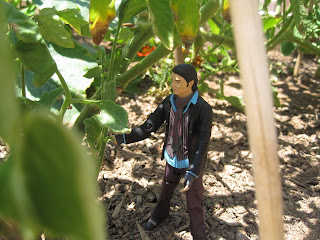