The Adventures of Connor & Abby: Part 9

While I was rearranging my piles of books, Connor and company came over to investigate the Primeval books. Connor and Abby went to stand by their respective covers, and it's no wonder that it was toward Cutter's cover that Jenny gravitated. 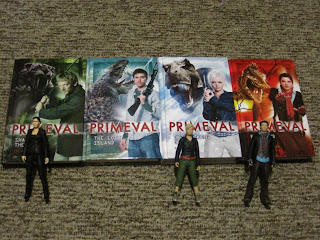 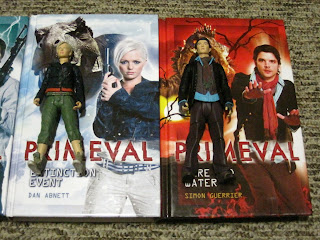 I think they were quite pleased at the books. Just don't tell Tolkien that I keep the four titles next to his section--somehow I doubt he'd think much of Primeval. Which would just break Connor's heart, of course (Connor likes the book arrangement: he was impressed that I actually own not just The Silmarillion, but also such things as The Book of Lost Tales 2 and The Tolkien Reader.) 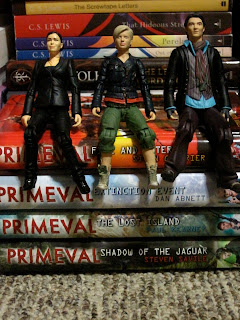 Posted by Deanna Skaggs at 9:53 PM