The Phoenix Art Museum has been running a Hollywood Costumes exhibit, which I visited a couple weeks ago. There is quite a range there: Indiana Jones, Sweeney Todd, Queen Elizabeth I, Darth Vader, various Hitchcock heroines, a motion capture outfit (surely I wasn't the only one who noticed that Andy Serkis's quote was mislabeled as coming from Randy Serkis? That was terrible), and Dorothy's dress and slippers, among many more.

So there were many movie books and such available for purchase, including many Wizard of Oz items. I wished I were 15 or so years younger so that I could get the toy basket with a Toto doll inside. Instead I ended up with the autobiography of the dog who played Toto; that's almost as good, anyway, isn't it? 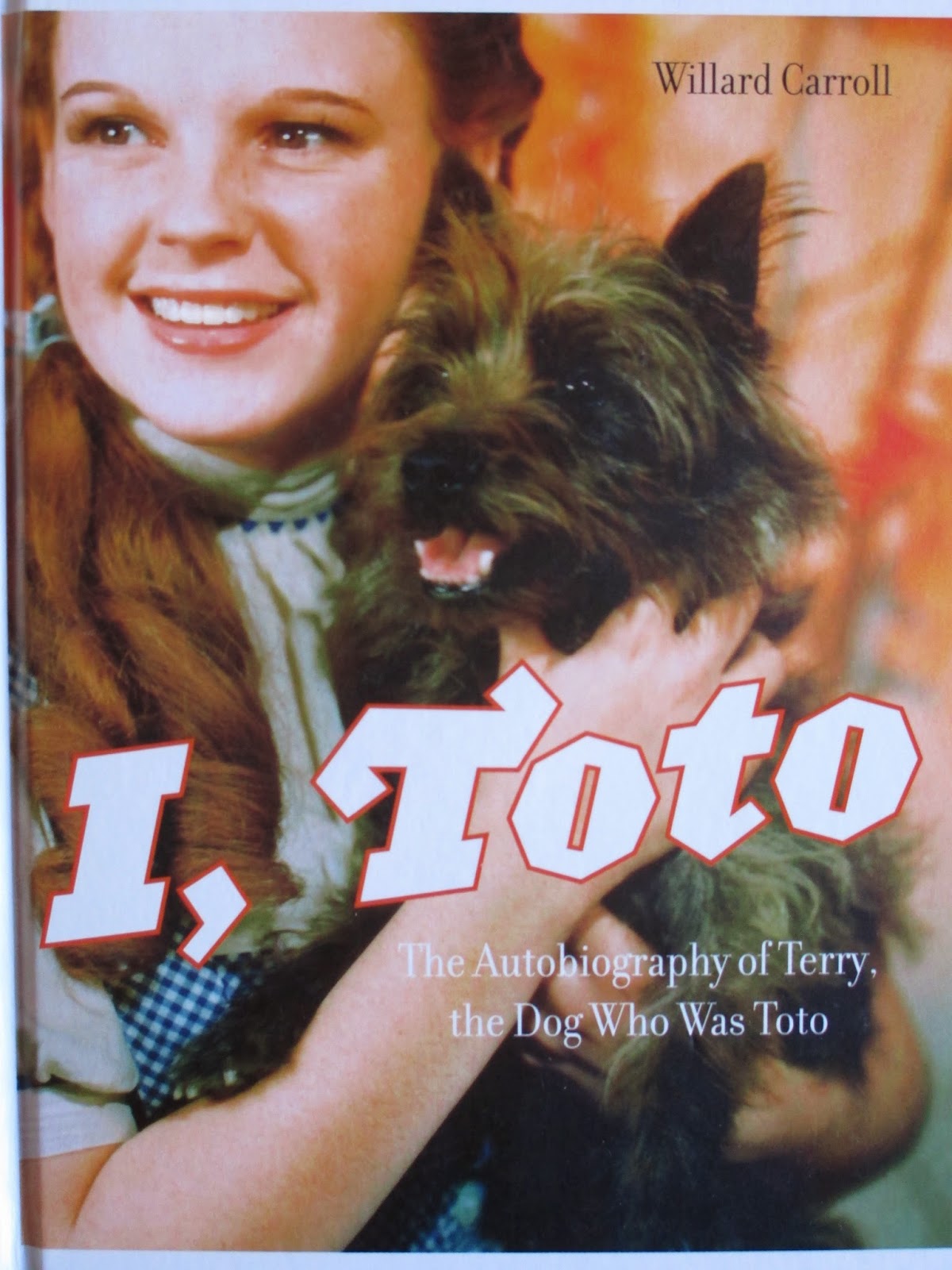 Willard Carroll put together this book; he describes in his introduction how he found the text in an old metal box on the site where Toto lived, trained, and was buried. Toto was originally known as Terry, and yes, she was a girl. Her owners were frustrated by her because she had accidents in the house, so they left her with Carl Spitz the dog trainer. Many of his dogs worked in movies, and he had no trouble training Terry until she, too, was ready for the acting business. She worked first with Shirley Temple, later on The Wizard of Oz, and on various other films over a course of years.

This book, at just under a hundred pages, is short. It's also sweet. To accompany the text, there are also old photographs of Terry with the other dogs she lived with and the actors she worked with. A few newspaper clippings, illustrations, and reviews accompany the pictures. From a learning standpoint, this book offers a look into an area that is much-less explored, though it is within another area (The Wizard of Oz in general) that receives much attention. This book answers the question of who Toto was and also of what it was like for a dog to enter the acting business. The old-fashioned voice and style are quaint and simple, making you quite adore the dog who became Toto.