Sorry I've been so absent: I was on a sort of Spring Break exploration all across Northern and Central Arizona, playing tourist for the benefit of visitors from out of state. I thought I would still be able to post, but we were so busy (having such fun) that I couldn't. So here are my belated March Favorites.

1) Arizona Books - Maybe it has something to do with the fact that visitors were coming in, but I've really been delving into Arizona lately. I love this state--and now I want to start reading more about it. So I've been going through the books I already owned and buying more (at almost every museum or state park store we went to during this past week, as if I didn't already have so many books). Some of the ones I was most excited to get include Vanished Arizona by Martha Summerhayes, Julie McDonald's two newer books, and a book on the Petrified Forest. 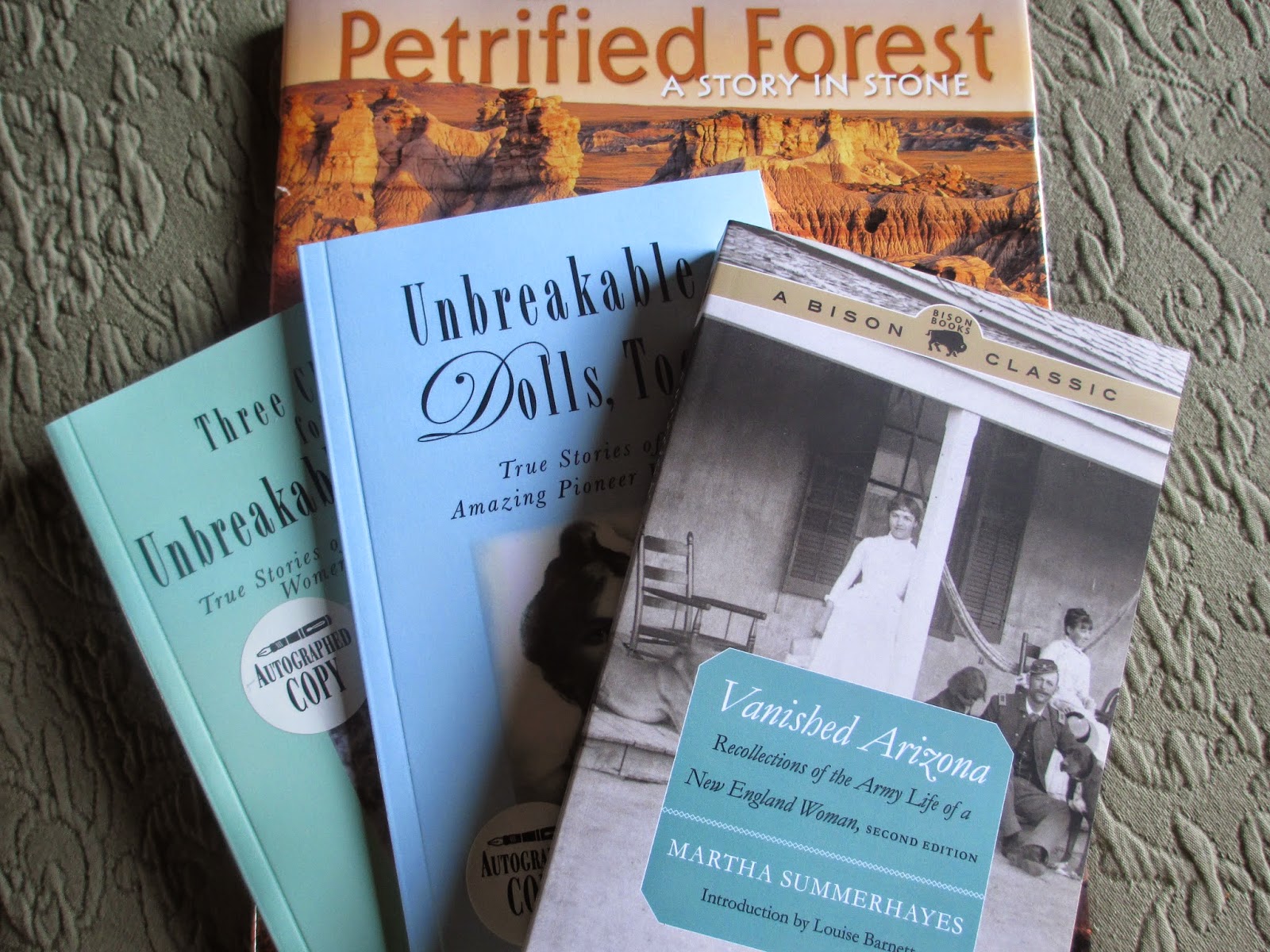 2) Tarte Lights, Camera, Lashes Precision Longwear Eyeliner - I've mentioned before how I can only use liquid eyeliner on my eyelid (and how eyeshadow instantly creases if I don't use primer); since I try and use mostly Tarte products, I had settled for their (mostly mediocre) liquid eyeliner. But then they came out with this new one, which is basically a felt tip. It's much less watery, meaning that it's much easier to get a thick line if that's what you want or even to do a cat eye. It still creases on my weird eyelids by the end of the day if I'm not wearing eyeshadow, but when I am, it's great and much better than their other liner. 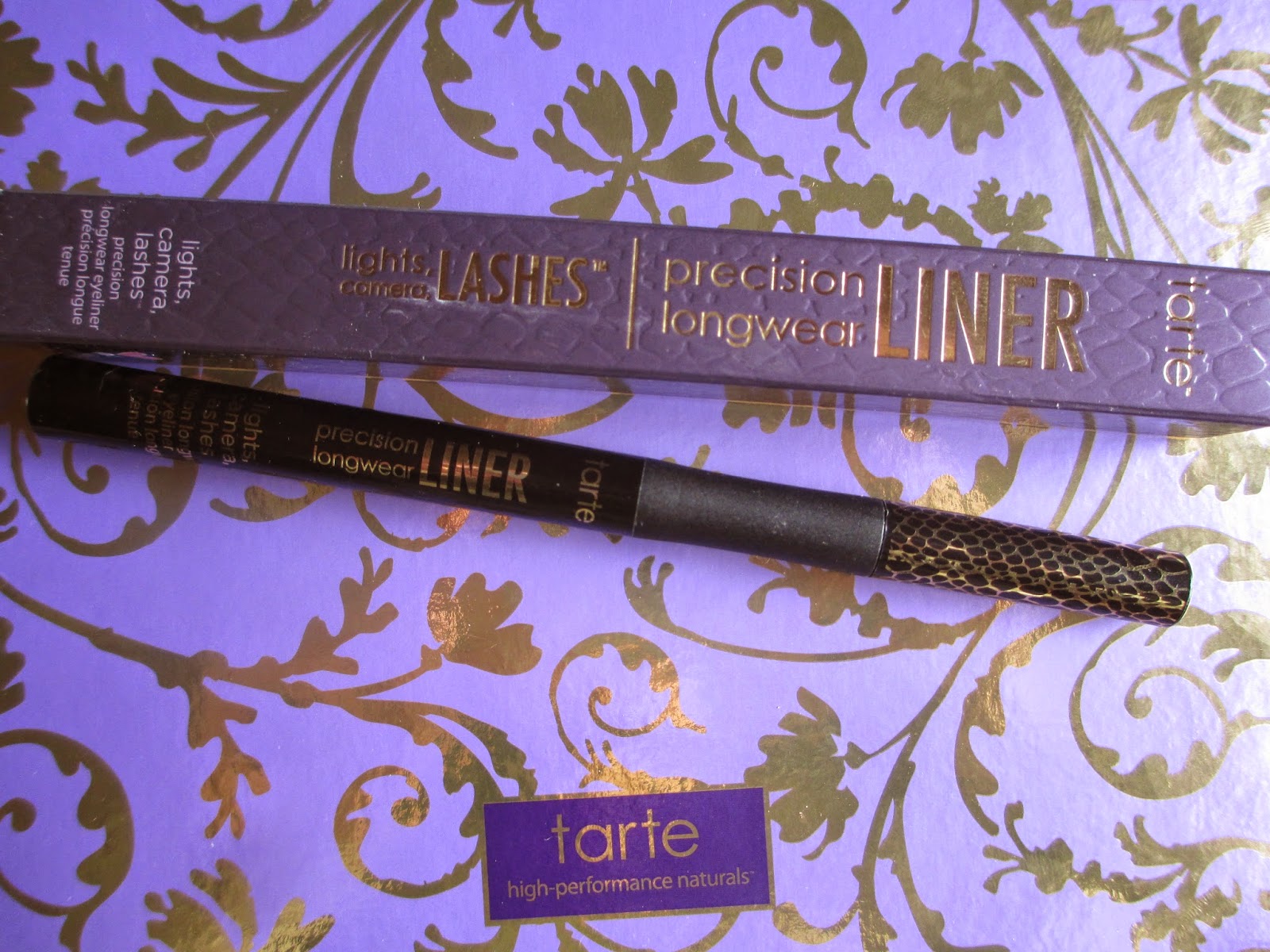 3) Ellie Goulding's Halcyon Days (Deluxe Edition) - Last month I said I was getting interested in Ellie Goulding's music, so I bought this album and it was almost all I listened to all through March. "My Blood," "Only You," "Figure 8," "Joy," "Hanging On," "Explosions," "Dead in the Water," and "Hearts Without Chains" are some of my favorites. 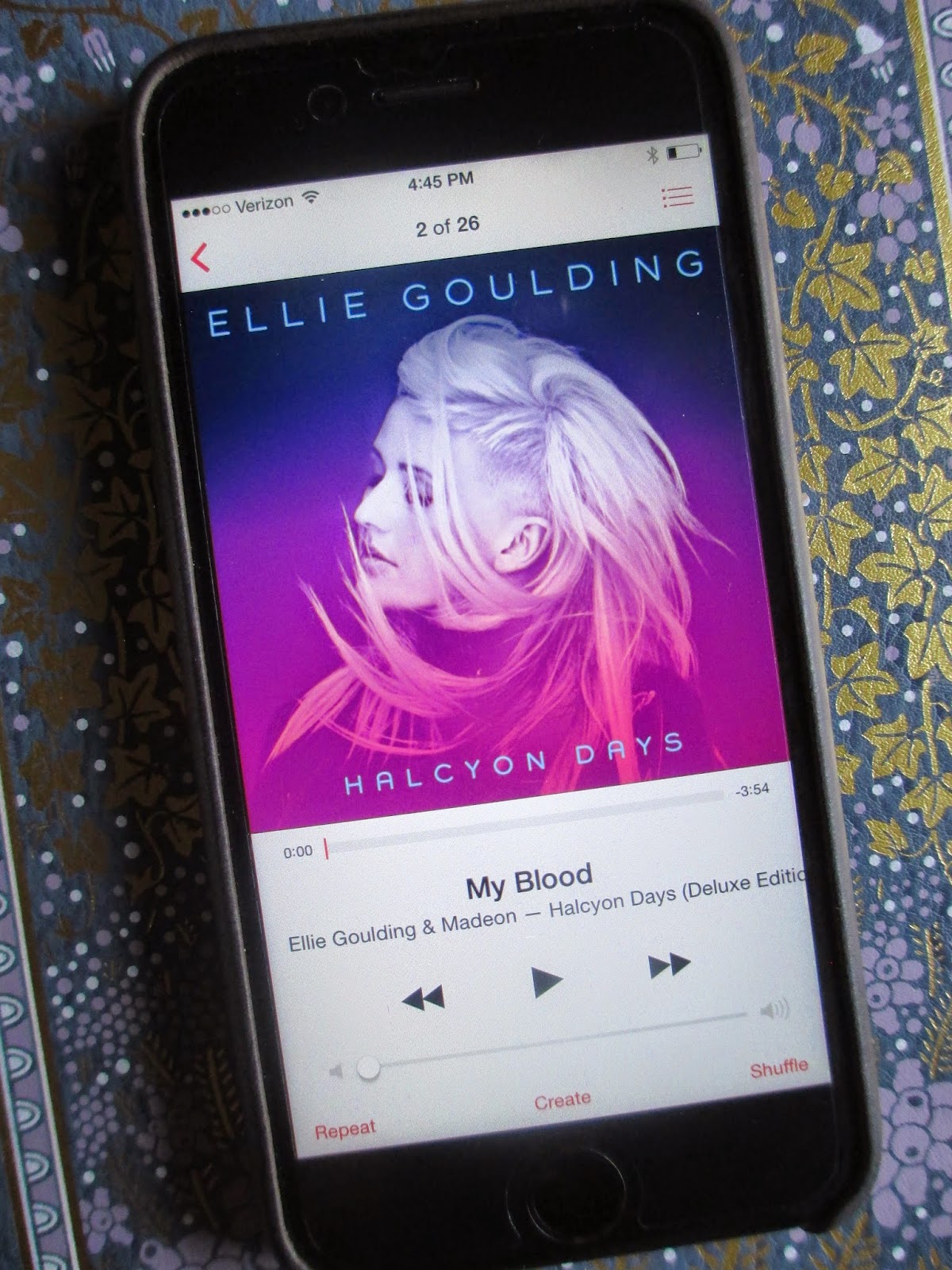 4) Momentary Escape Perfume in Nowhere to Be (from Anthropologie) - Actually, it was Dream at Dusk that I really liked, but by the time I was ready to buy it it was gone. So I had to at least get this one. I has a marshmallowiness to it that reminds me of Lollia's Wish, just maybe not quite as perfected and elegant and magical. Still very nice, though. 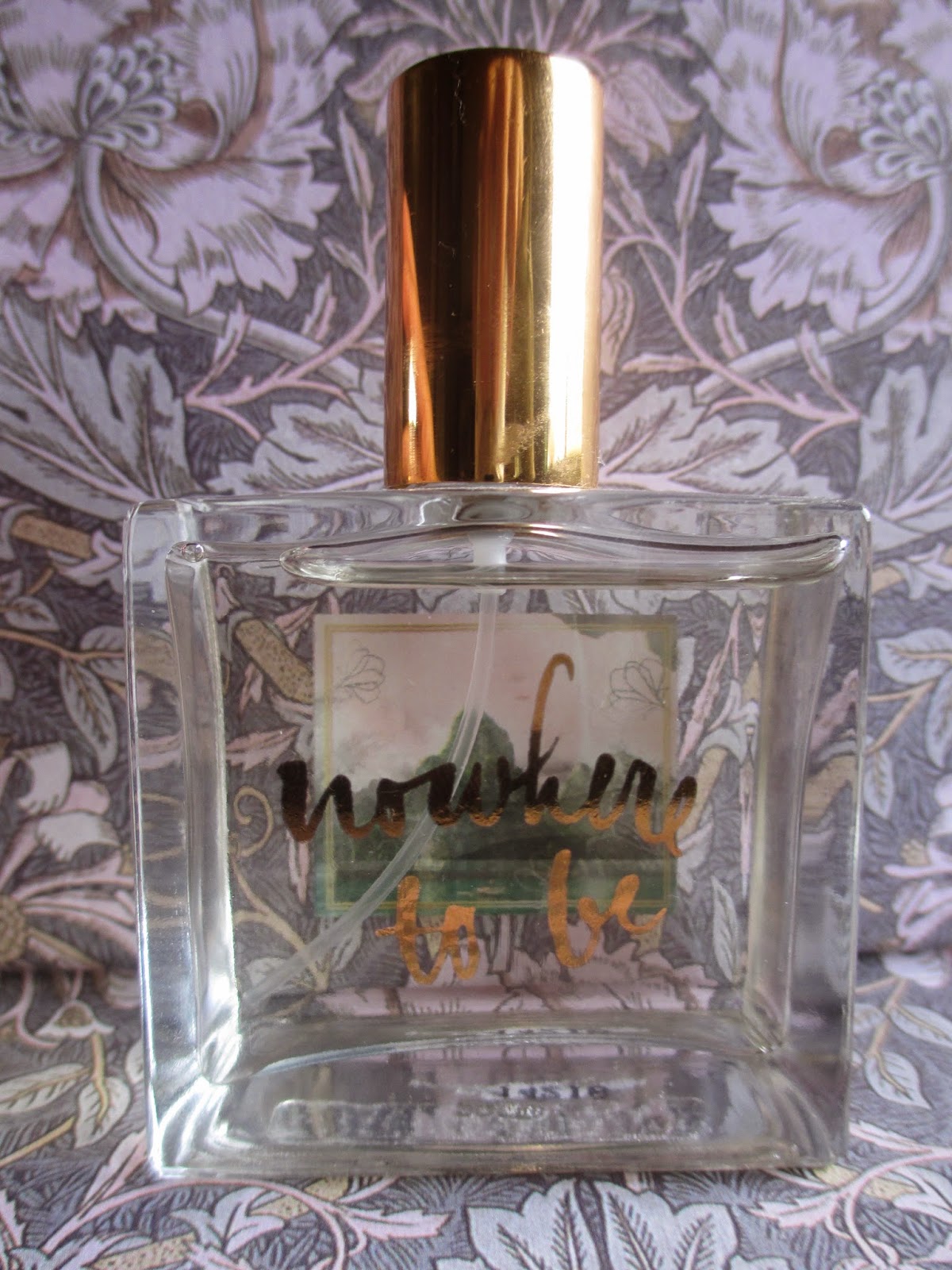 5) Magnet (Hematite) and Polished Stone Rings - Since I've been going around to some of the tourist shops, I picked up these four rings and then found them a pretty good deal. They're a dollar or two each and they're stone; I like real materials. I have the hematite, a green one, a pink one, and a black and white one. 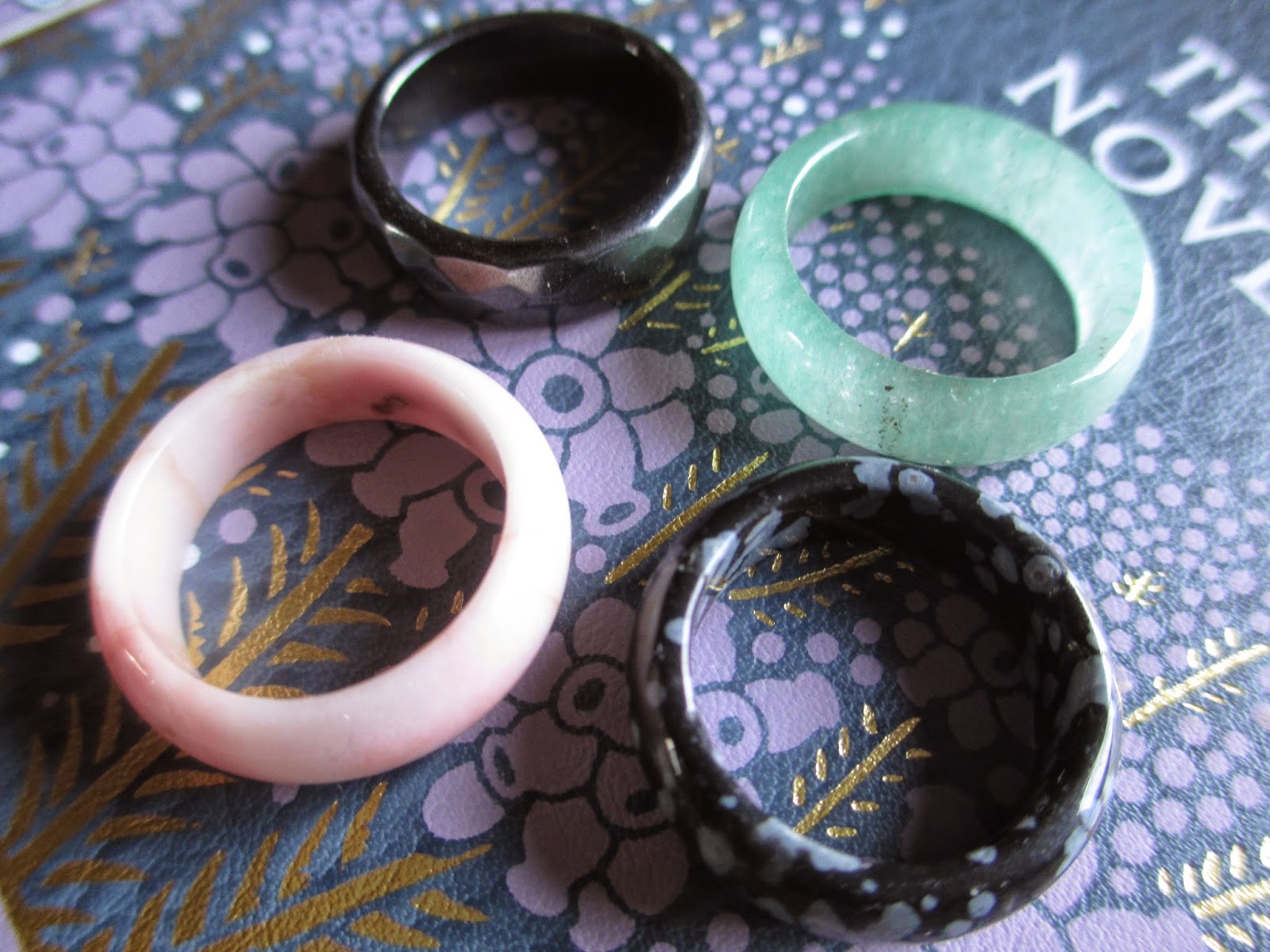 6) Green Cameo - Okay, so we all know I like green. And especially after I got my green glasses, I've been wearing even more green. So when I saw a couple of pink cameos for sale, I had to get one. I don't know what the material is, but the cameo is supposed to be old while the setting is new. It only came with a pin back, so I chose the one that had space where I could add in a loop for a necklace. I do wish the setting were smaller, but I really like the cameo itself. It's green. 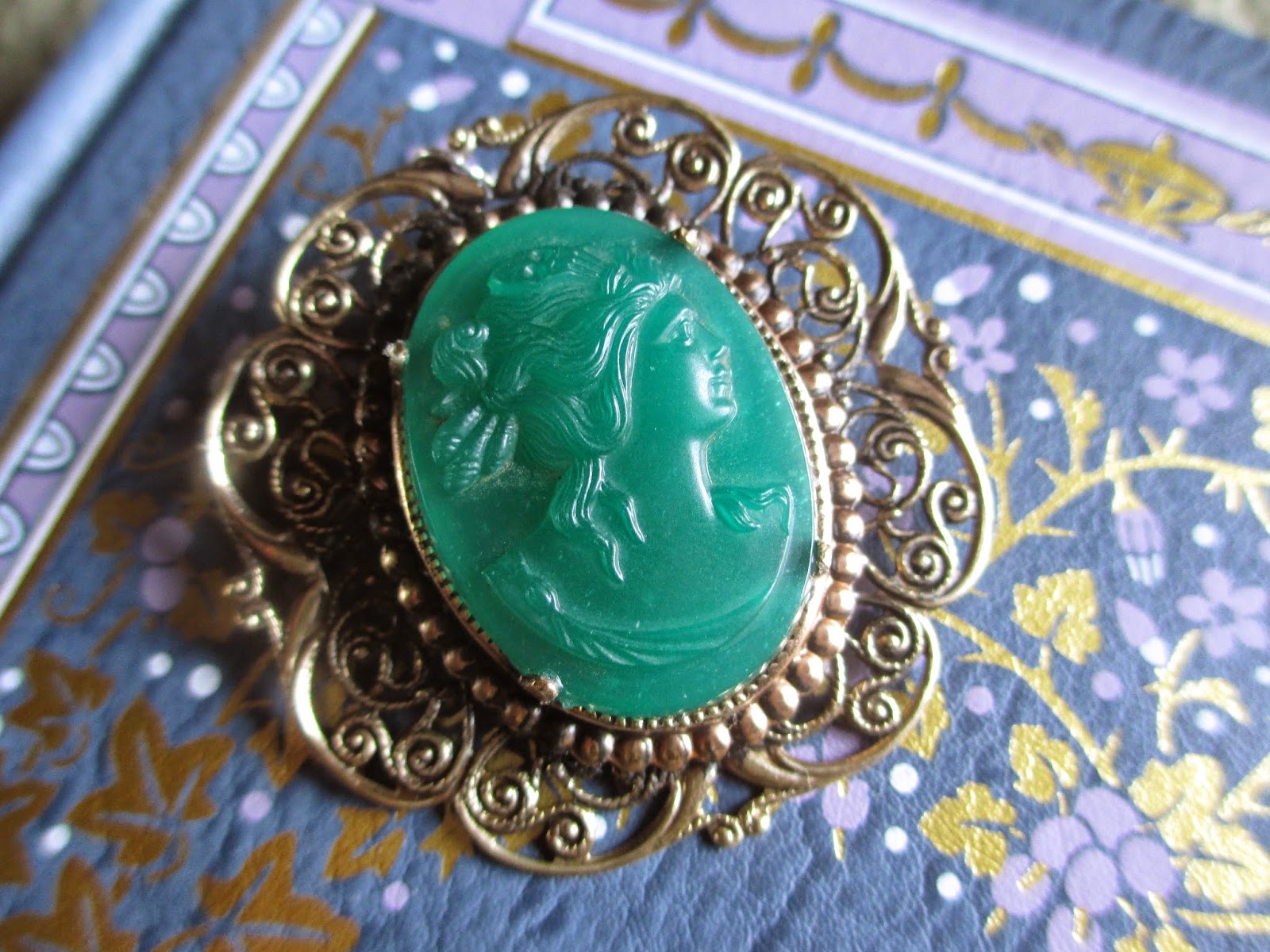 7) Montana Ulla Shoes in Bronze - I wanted some sandals for summer that would have some more support for my feet but wouldn't look like they belong to a, um, rather older lady: I don't want to wait until my feet and knees hurt to look for better shoes. But it's hard because I have narrow feet and most of the "comfort shoes" are wide. These shoes are pretty basic and neutral in their style, have some support, seem durable, and are comfortable. The only thing is that when I first wore them, I was walking around all day and they were irritating the outer side of my feet and maybe also my smallest toes. I'm hoping I just need to break them in more because otherwise they seem like they'll be great (I do think that's going to be the case). 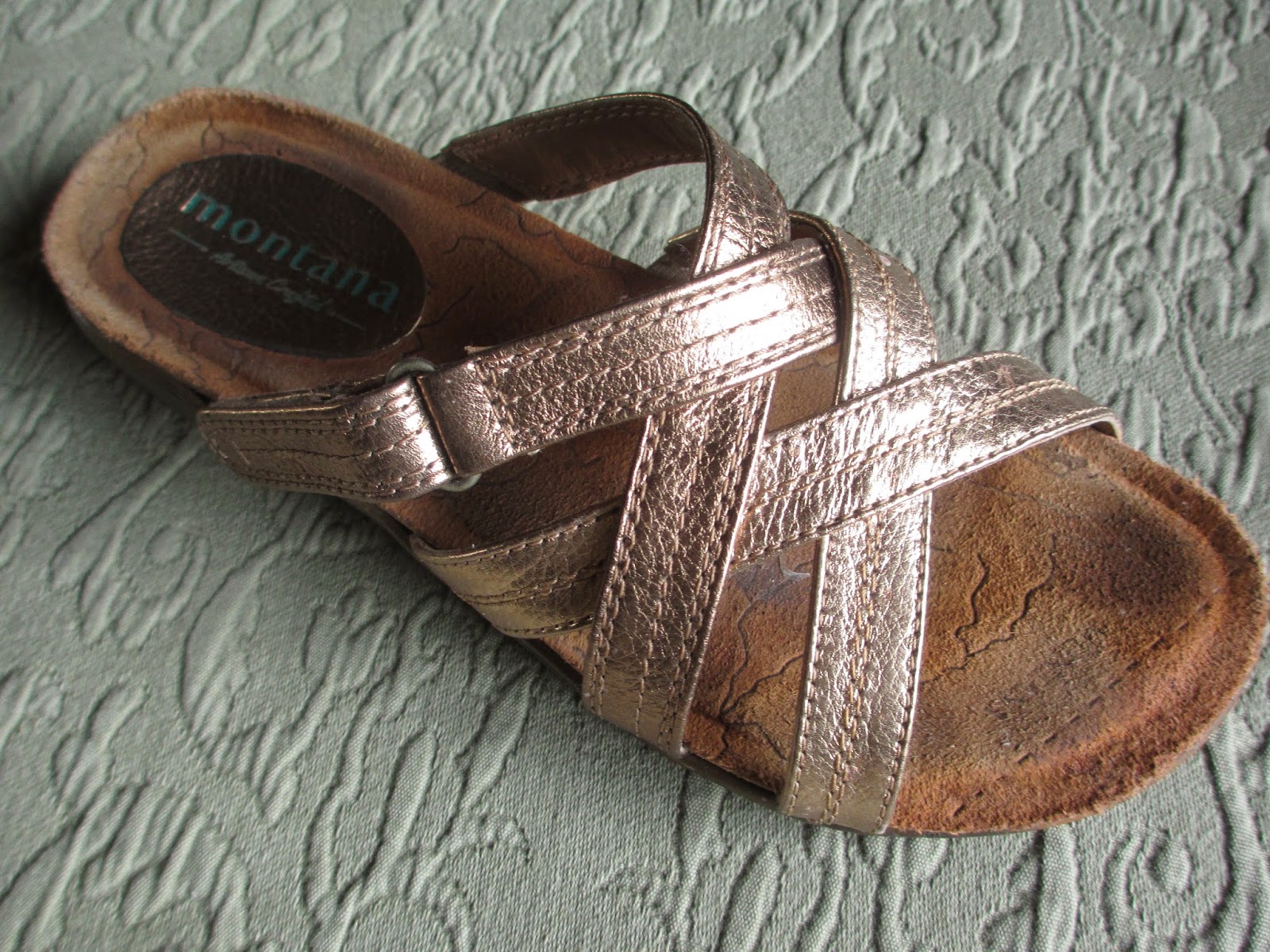 8) Tarte Eyeshadow Palette - This is the palette that came with the Christmas set and I've been loving it. It's the closest Tarte has brought me to the Naked Palette: it has a lot of neutral colors and shades of brown and grey, with just a couple on the purple and blue sides. You can make a soft, barely makeup look or a more standout look--and have fun mixing and matching the shades. 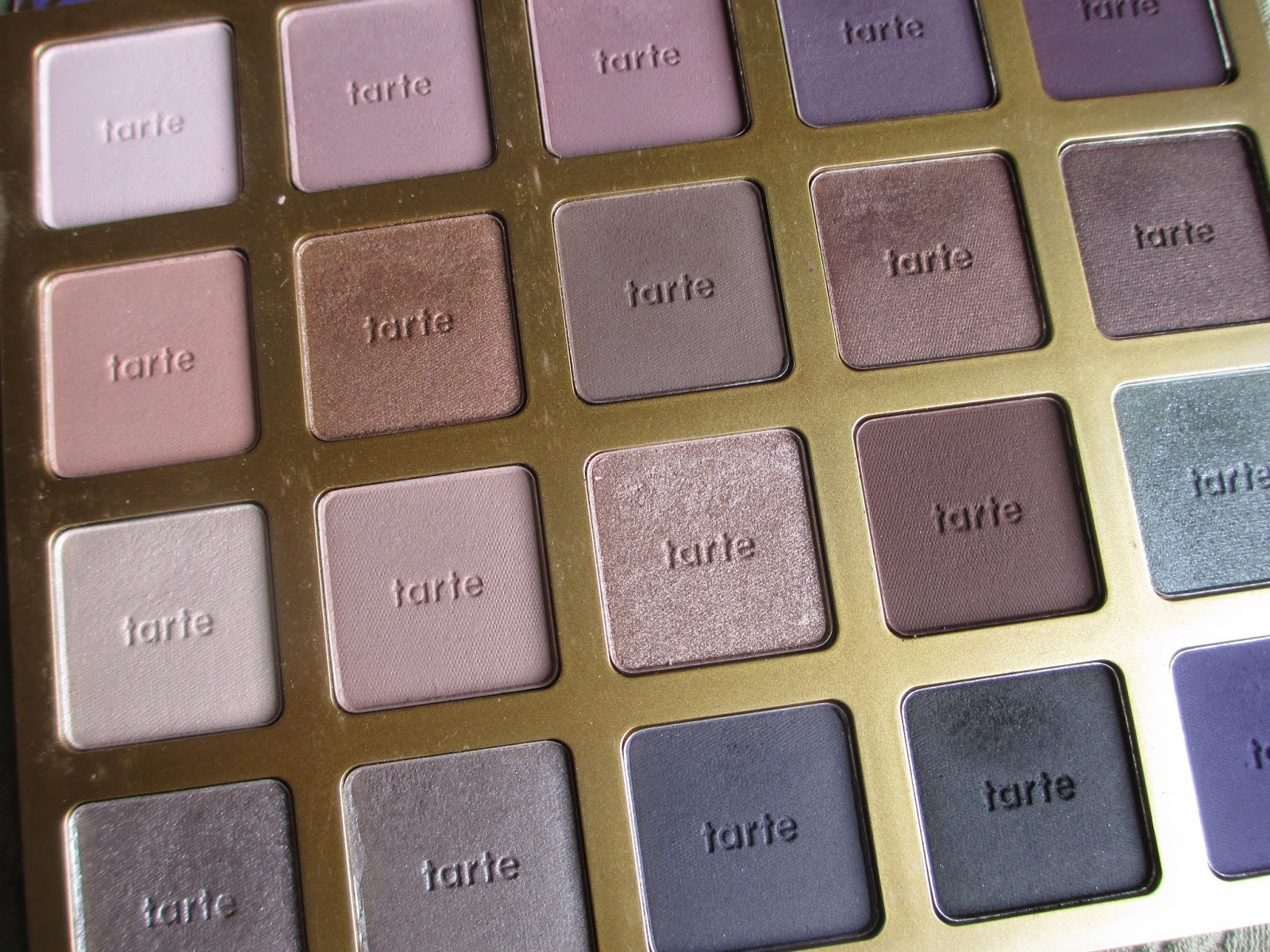 9) Living Stones (Lithops) - I used to have some of these, though mine were more colorful. They're so weird, so naturally I adored them but I haven't been able to find anymore until the last time when I was at the Desert Botanical Garden in Phoenix. Now I'm super excited to have them again. 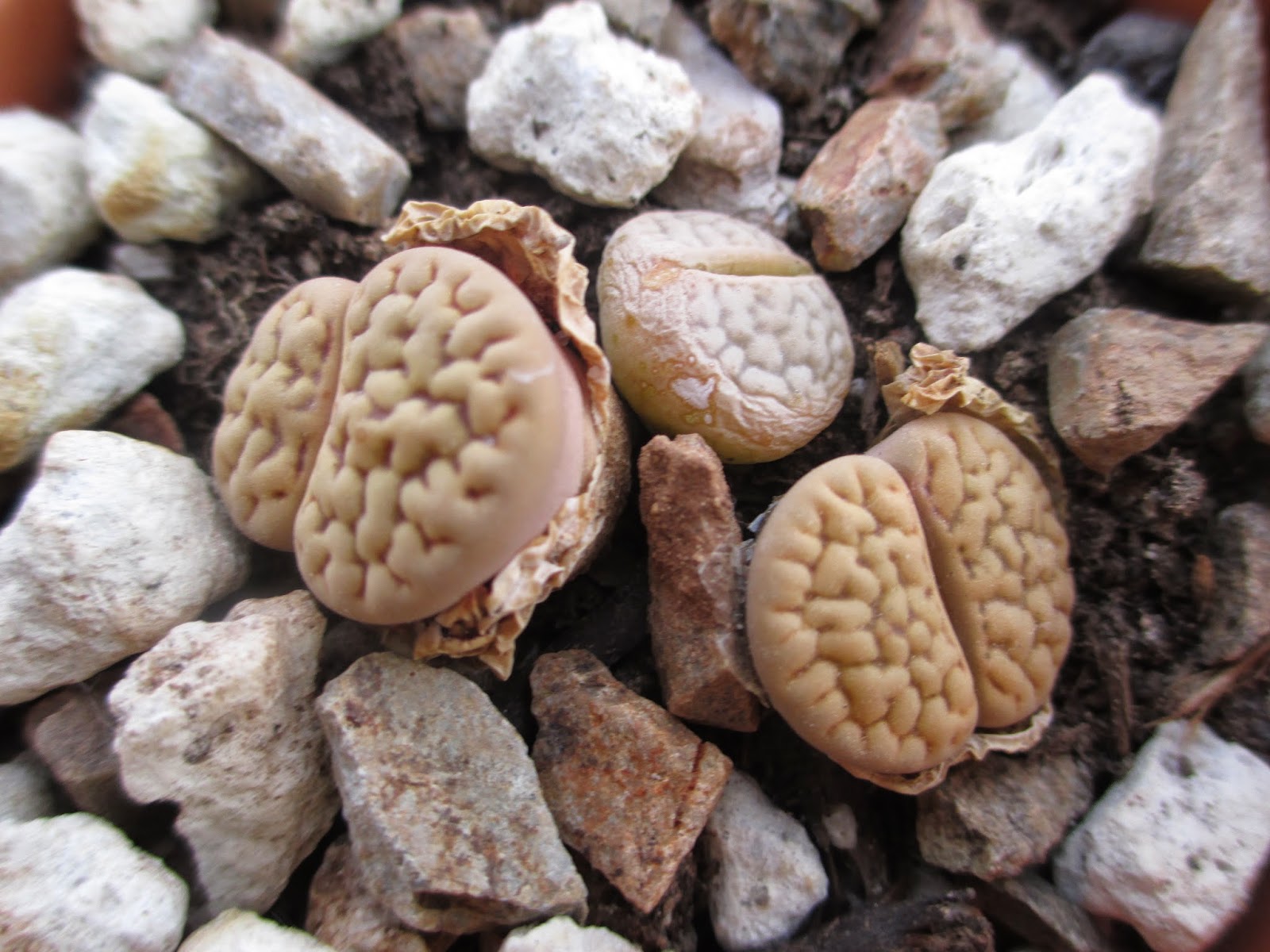 10) Honest Kids Berry Lemonade - Completely random item, but given all that time spent playing tourist (I'll go over some of our stops later), we often had a big cooler of drinks with us. I discovered these lemonades, which are in packs like Capri-Sun (which is the nostalgia factor) but have berry lemonade that is sweetened only with fruit juice, which means I enjoy it. I don't know exactly what berries it tastes like; it's just a good, basic berry lemonade without tons of sugar or artificial ingredients. 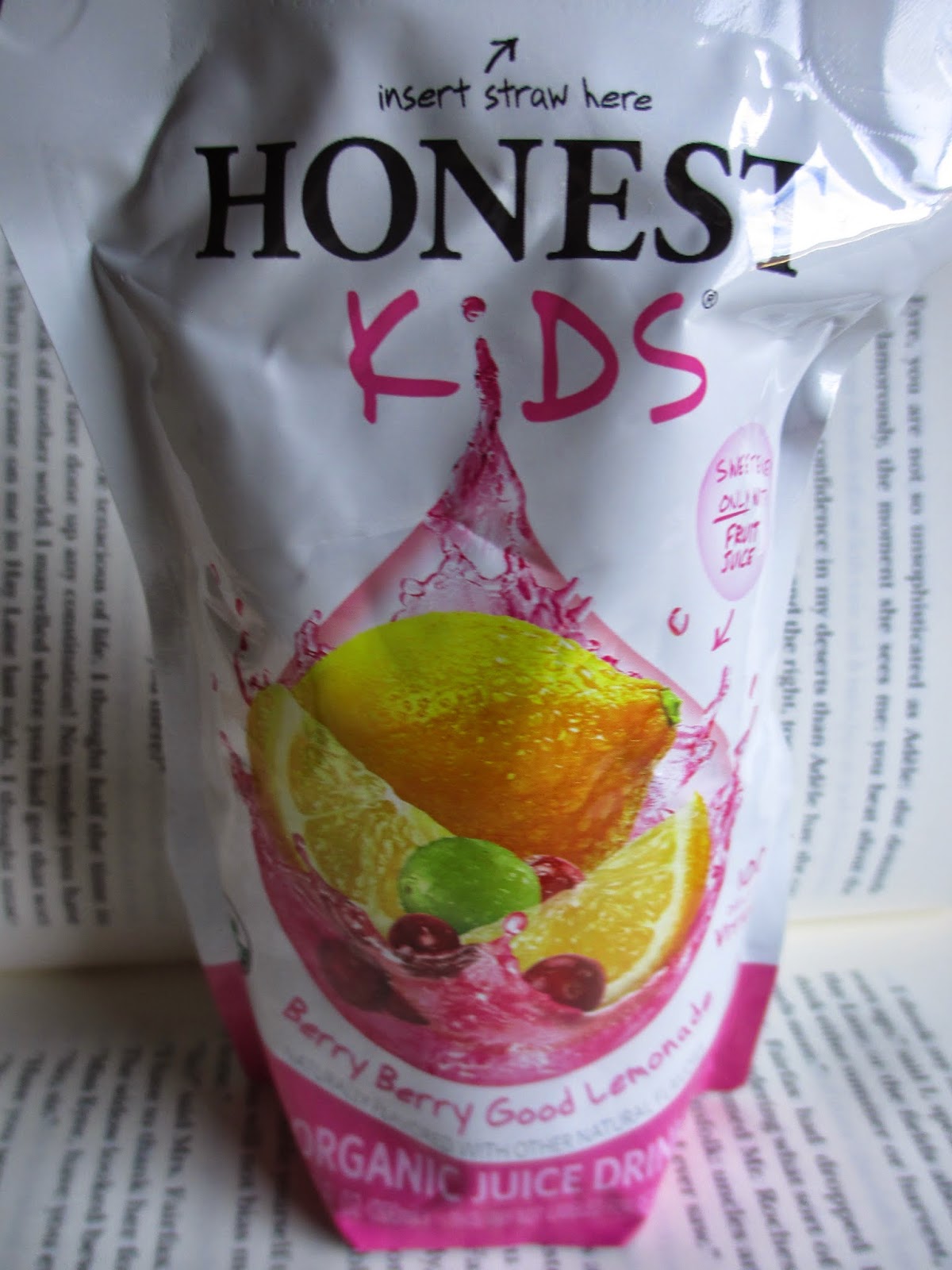 Posted by Deanna Skaggs at 6:30 PM