So if you're taking people who have never been to Arizona around the Central to Northern regions (during Spring), what ends up on your list? There are many, many places to go--especially many outdoor places when the weather is nice like it was during said visit a week or so ago. But you don't want to get too tired or just go on trails day after day; you also need some indoor things and some touristy things. So here is, more or less, what was on my list:


The Desert Botanical Garden in Phoenix - A nice introduction to the great variety of cactus and succulent plants that are out there, this garden can be a casual and brief visit or a longer walk through all of the paths. It's also a good place for lunch. 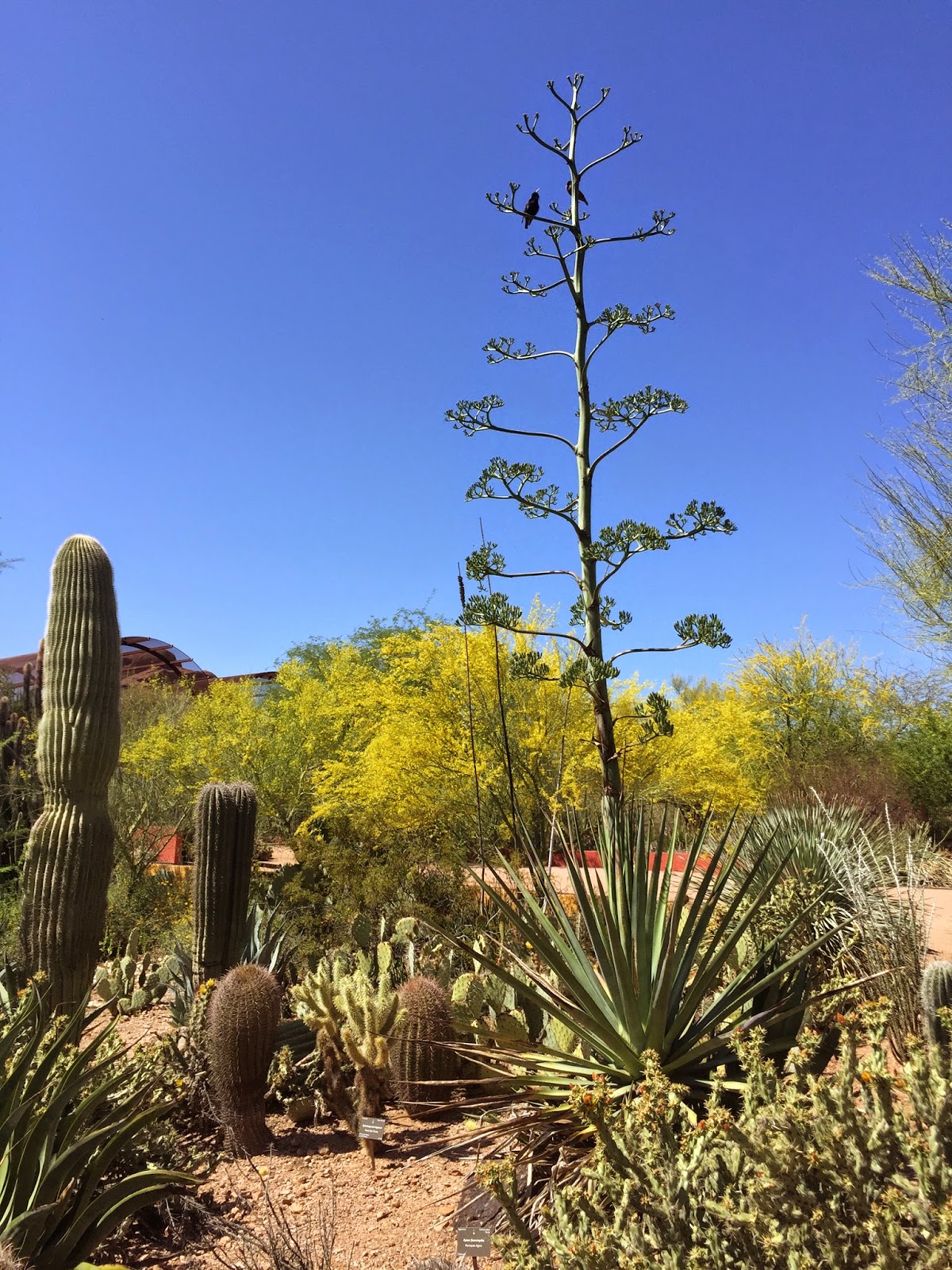 Out of Africa Wildlife Park in Camp Verde- Such a good park with such a good philosophy, Out of Africa is always fun to visit. You get to see the animals (and feed a giraffe and a tiger), take lots of pictures, and also immerse yourself in some of the vegetation of the Verde Valley.

Predator Zip Lining at Out of Africa - Thrills or sightseeing? It's kind of both. A series of zip lines above the park is exciting and fun, while also giving you a great view of the lions and tigers and of the mountains surrounding the valley (including Sedona's famous Red Rocks).

Verde Canyon Railroad in Clarkdale - A four hour, roundtrip ride in a vintage train to the ranch at Perkinsville (you don't get off the train there) and back, this ride lets you take in the scenery of the canyon. It's sort of like a more immersive experience into a lesser Grand Canyon (you know, unless you're one of the relatively few to raft or hike down the Grand Canyon).

Blazin' M Ranch in Cottonwood - It's an old, family-owned ranch that's set up like a little Western town. You can take pictures, wander the shops, practice shooting (not with real bullets), take Old Time pictures, and then everyone goes into the main area for dinner, with a show to follow. Though it's sort of a touristy concept, the singers are good, so if you want a little silly Western feel, this is the place. 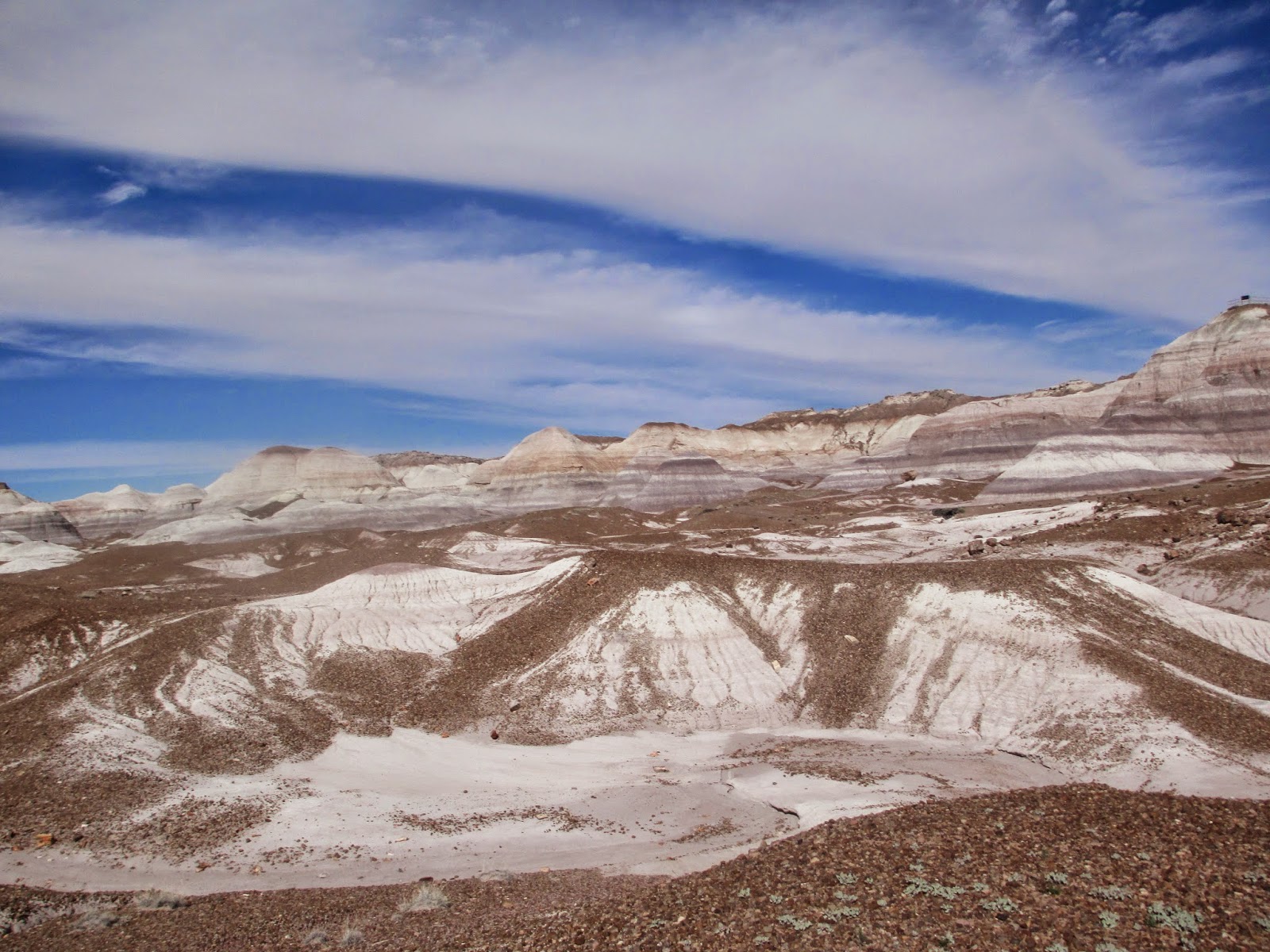 Sedona - Sedona is the land of the Red Rocks, stretching up toward the sky and calling many, many visitors every year. There are trails, shops, restaurants, and Red Rock State Park.

Slide Rock State Park in Sedona - Where the river climbs down the mountains, there is an area that makes (by itself) the equivalent of water slides. It's all at your own risk, so do be careful, but this area is always popular, whether for those wanting to slide through the smooth rapids, wade in the calmer water, or simply take in the sun and the short trails.

Prescott - I'd recommend the Sharlot Hall Museum, where there is a small collection of historic buildings and a great gift shop (it has candy and books and toys and things). It's just a block of two from the Square, which is a quiet, tree-shaded place for a stroll, surrounded by shops and antique stores. Eat at Bill's Pizza.

Jerome - You have to stop at Jerome even if you don't go anywhere or do anything while you're there: the views of the Verde Valley are wonderful. Jerome was a mining town built up on the mountainside; it became a ghost town after the mines were abandoned. Now it has a few shops and a couple restaurants in the old buildings, but mostly you go just to go and to walk around a little. Jerome State Park is also a good place to visit if the town is new to you.

Grand Ganyon National Park - Usually I like to talk about how Arizona has a lot more than the Grand Canyon and a lot of Arizonans don't even live close enough to it to visit very often, but if it's your big trip to Arizona, naturally you should try and make it over. If you can stay longer, do, but just one day is fine, too. You can stop at the viewpoints and gift shops, picnic outside, go see the Desert Watchtower, and maybe hike partly down South Kaibab Trail. 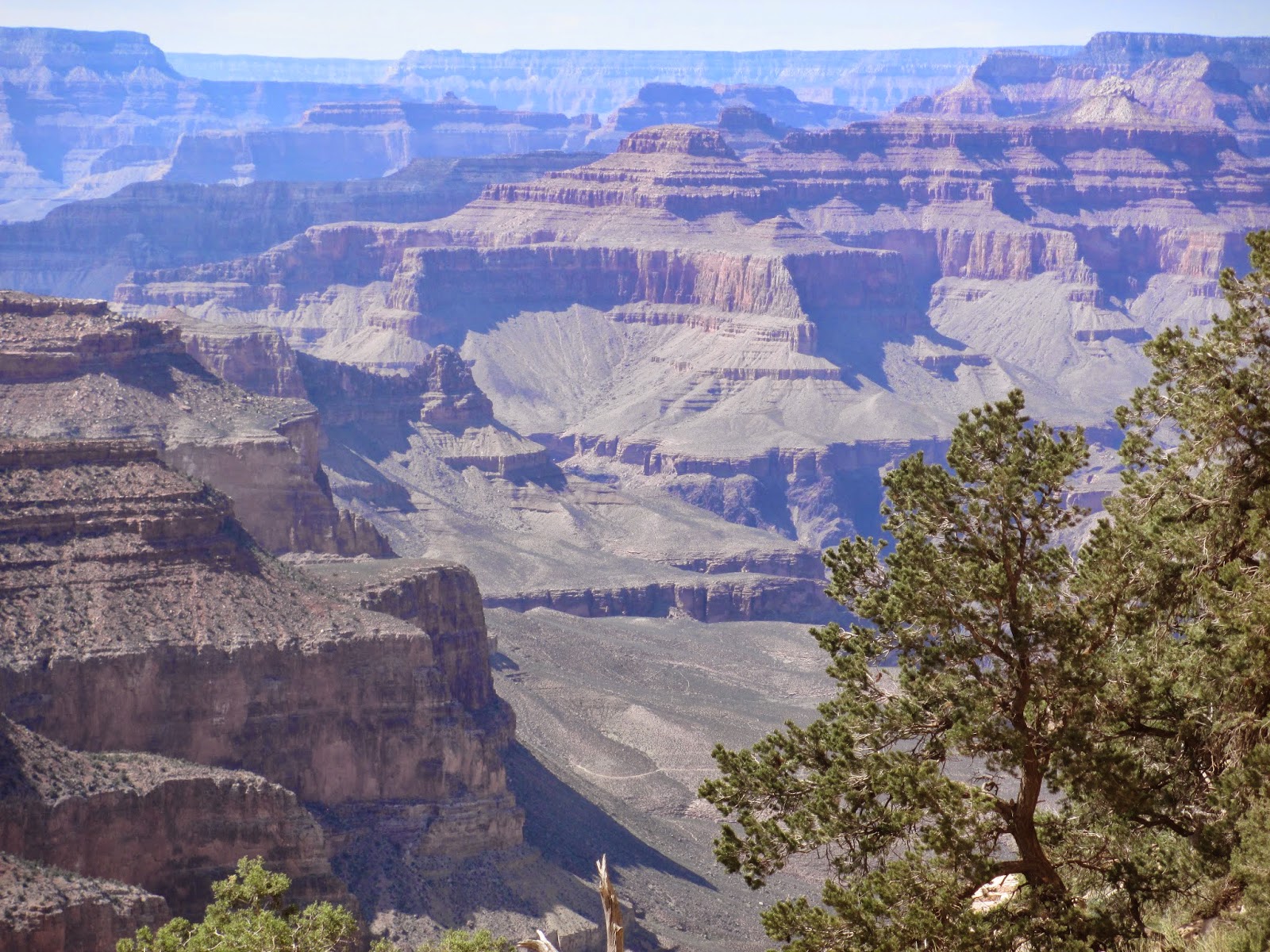 Montezuma's Well and Castle - These are quick stops, but they're some of the more easily accessible, well-preserved examples of cliff dwellings (left by the Sinagua).

Fort Verde in Camp Verde - For a little history and a look at the remaining buildings from one of Arizona's military forts, stop here. It's also a general look at how some of the settlers to this area lived. Sometimes they let you try out their clothing and guns, too. (There are less yellow pictures, but I'm not holding the gun in them.) 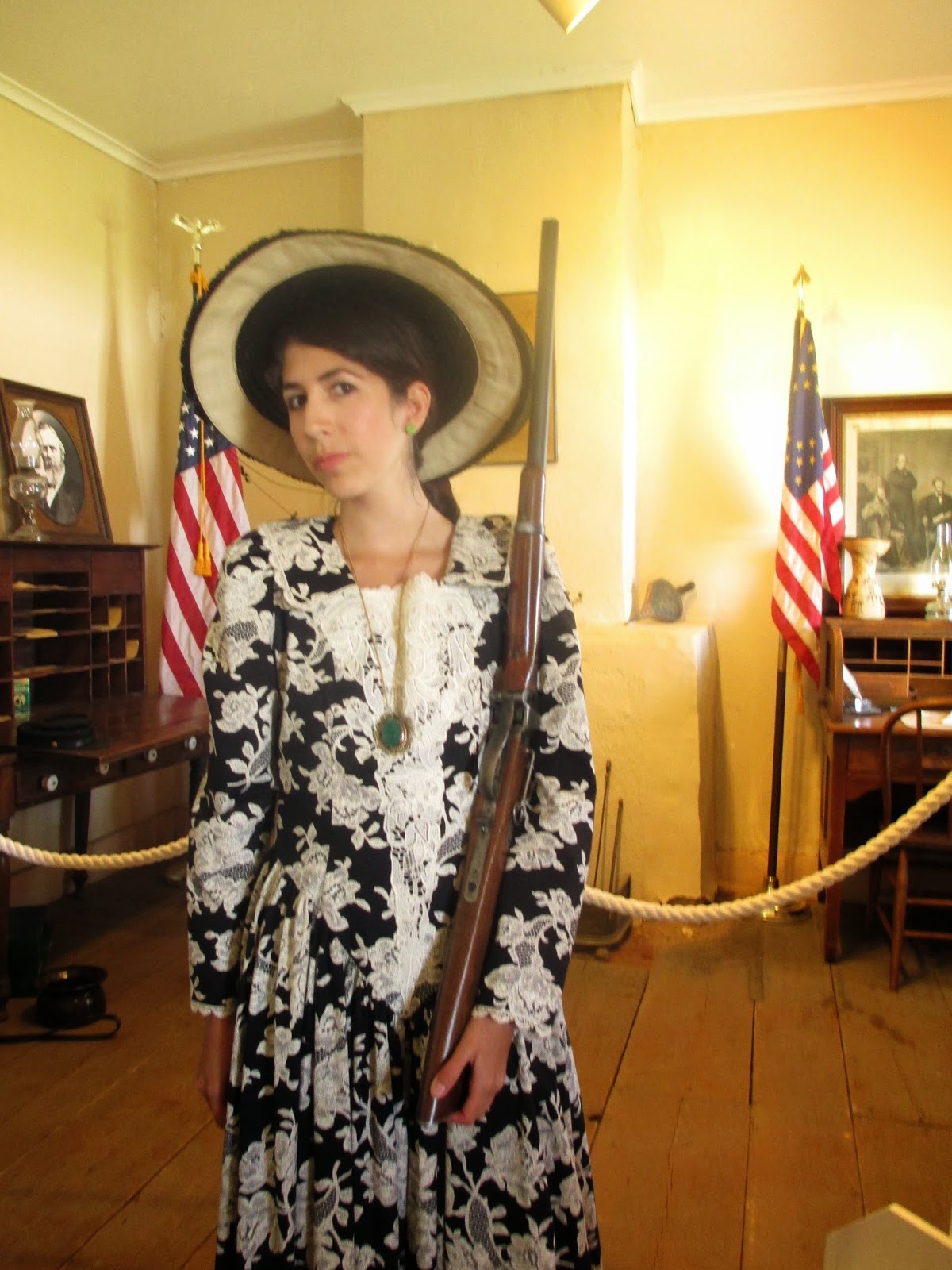 Flagstaff is also good: I love Sunset Crater/Wupatki National Monument, and there's also a nice arboretum and an observatory; but Flagstaff can be good if you're visiting in the summer because it isn't as hot as much of the rest of the state. On the opposite to that, Tuscan and the areas around it have some traditional desert views: there's the Saguaro National Park and Picacho Peak State Park and I think one more area that's slipping my mind.

It's such a lovely state. Such variety of beauty. So many different kinds of plants, so many animals, and so many natural features that you can just spend months and years exploring.
Posted by Deanna Skaggs at 6:37 PM