Maybe this is a slightly appropriate topic for Earth Day. It isn't about planting trees, but it is about having more control over the steps your food takes to get to you--and that is good for the earth. Honestly, too, it's more about daily life and it's daily life that will help or harm the earth. (If you'd like to hear about plants, yesterday I harvested arugula and lettuce seeds from my garden, the cucumbers are starting to grow in, and the potato bushes are looking pretty cool.)

A while back, I read a food article where the writer mentioned her disdain for ever eating a donut that is not a gourmet donut. And I was a little disgruntled at that: Arizona doesn't really have gourmet donuts. There are now one or two new places that I haven't been able to try (seriously? who's only open until eleven in the morning?), but at the time there was nothing. I couldn't get a gourmet donut if I tried. I had never had such a thing or seen such a thing, so why should this writer have disdain for me just because something isn't available to me? Slowly things developed, including this idea in my mind of trying to make donuts myself. And, well, then someone I know got a little deep fryer and, wow, I got excited. 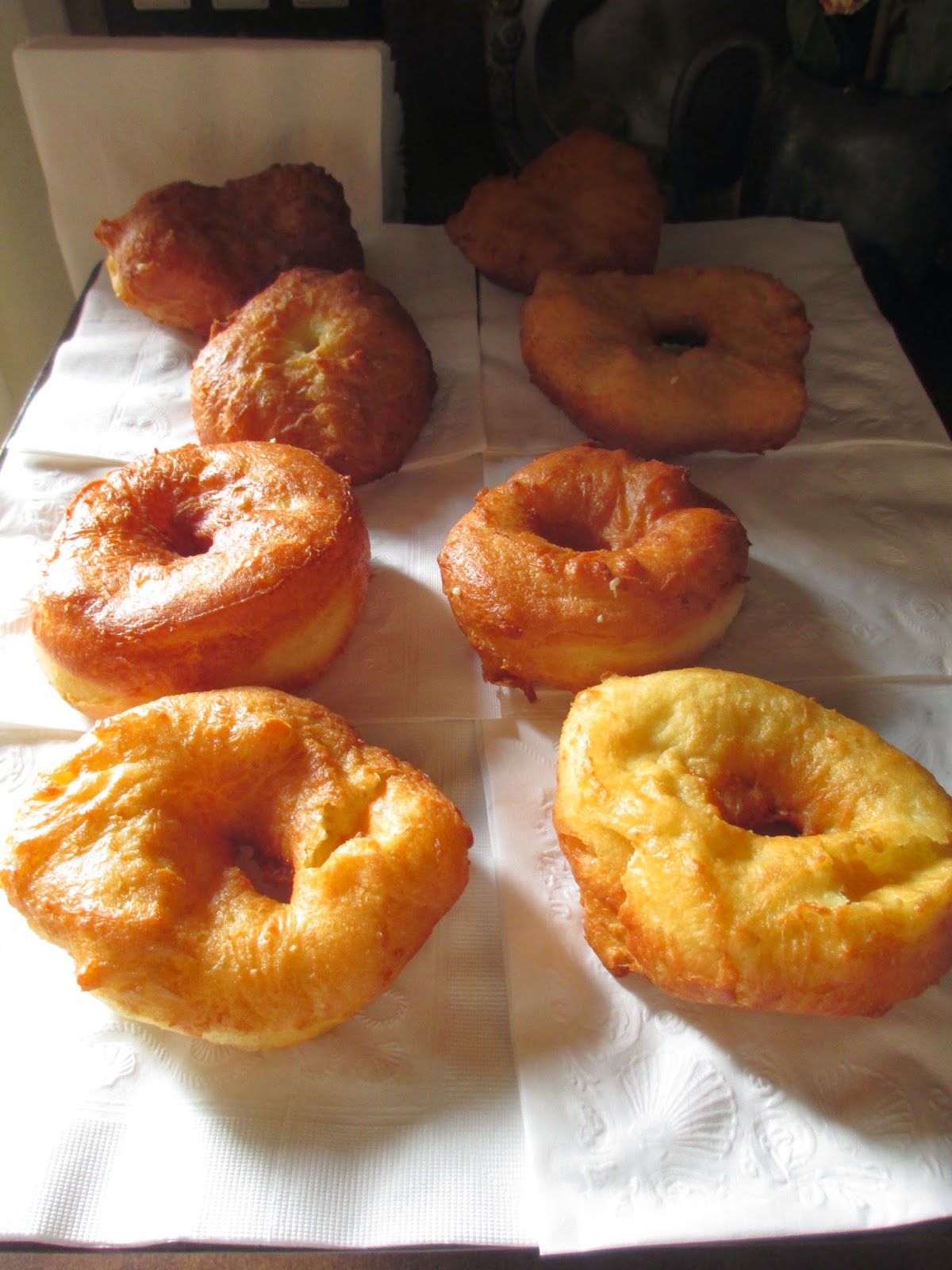 I used this recipe from Epicurious (well, I don't have a stand mixer, so I didn't follow everything line by line). And I've figured out that using yeast is so much fun. Yeast used to scare me: I worried that the dough wouldn't rise right or that something would go wrong. But everything went just right. The dough rose and the donuts formed. I didn't have a doughnut cutter, so I used a small glass bowl and cut out the circles in the middle with a knife; I thought this was very odd until I later bought a donut cutter and the dough kept sticking to it worse than it did on the bowl (maybe I just made a stickier dough that time, though?). Oh, yes, and then I put them in the fryer and was so very excited to watch them fry. 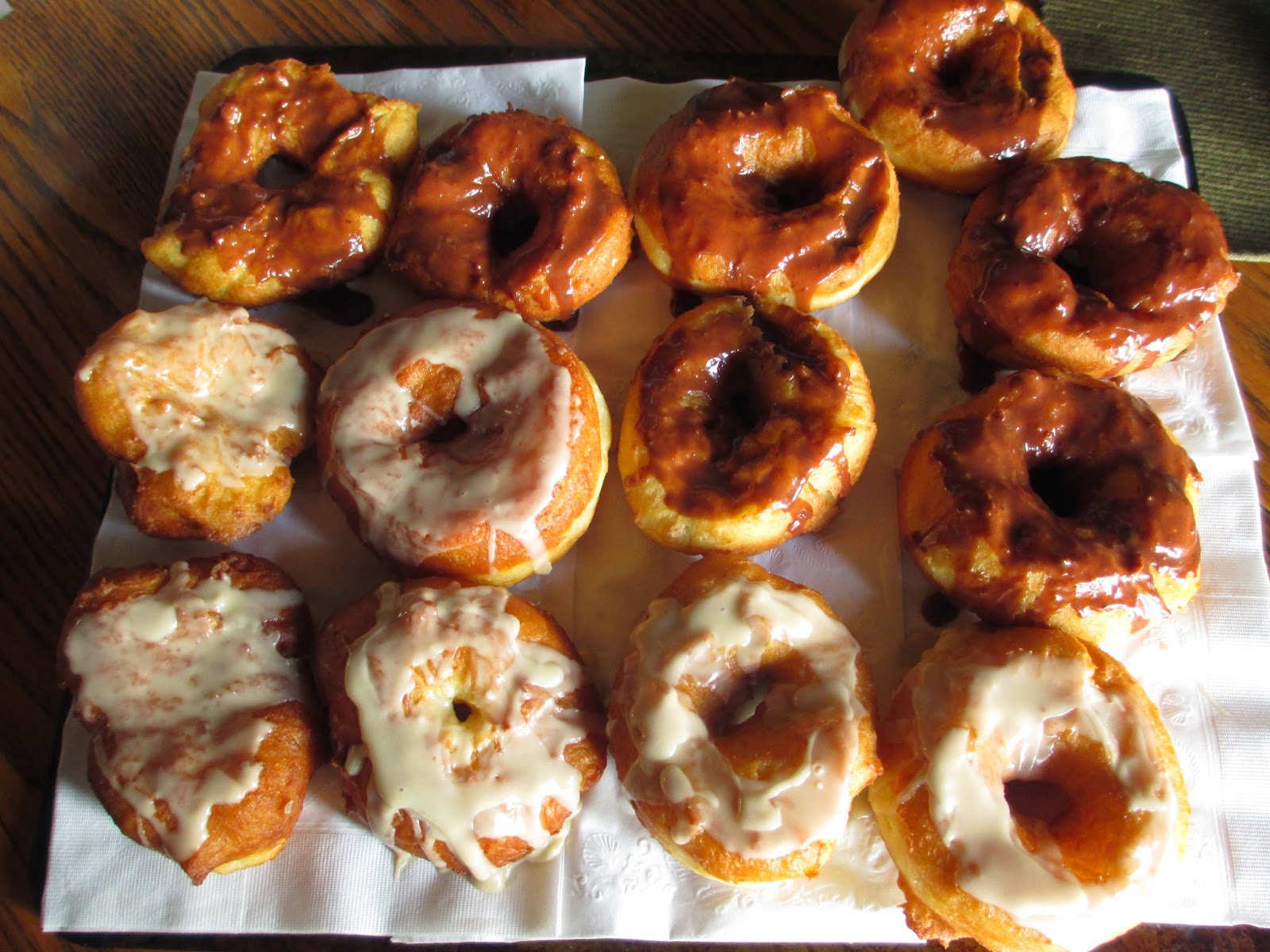 The glaze is super easy, basically just powdered sugar and milk mixed together; add cocoa powder for chocolate. (They look kind of silly in the picture because I started out glazing in stripes and then wondered why I was doing that.) So you see what I'm getting at here? Donuts are considered a very unhealthy food and maybe they are more unhealthy than sautéed vegetables, but they don't have to be evil. I used organic ingredients, good quality cocoa powder, and sunflower oil for the frying. Because I had control over the ingredients, I got to choose what they were: there was nothing nasty in them. And they tasted so much better, too. Straight out of the fryer, the outside of the dough is crisp and the inside is soft like bread. The glaze tastes like sugar or chocolate, not strangeness. I was amazed at what I could do if I just tried.

Not long after, I randomly decided to make an apple pie. It turned out less perfect than the donuts, but acceptable for my first apple pie. This weekend I made a loaf of French bread that was great except for the fact that it was a tad salty (I used what the recipe said . . . ). Each time, my horizons keep broadening. Each thing that I make, the more powerful I feel to try something else. Less processed food while still eating a variety of foods, that's what this means. Homemade is better.