I've spent an hour or two alone at Disneyland plenty of times. My disturbance with aquariums and the like (it's kind of like a phobia, which I know is strange) means that I prefer to sit out the submarines, so I'll usually send the rest of the group on them while I trot around the park taking pictures and maybe going on Mr. Toad's Wild Ride or up into the Sleeping Beauty Castle Walk Through. This was my first time just completely going by myself, though. Even though I thought it would be fine, there was a part of me that wondered if a couple hours in, I'd feel a little weird, like okay, what do I do now. That didn't happen at all. 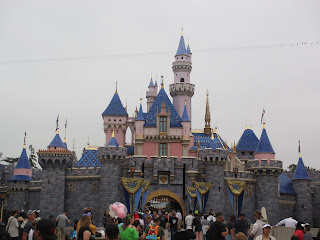 I got to the park around 3:00 on Wednesday afternoon and stayed until closing, then was there open to close on Thursday. I realized right away that, hey, I can do whatever I want. It's funny how everything shifts when you're by yourself. You're not doing things that you feel like you should do, you're just doing whatever you feel like doing. No multiple opinions, just yours. So I decided to start off with Mr. Toad, then a (very) late lunch at the Red Rose Tavern because, you know, Gaston's Brew. No line for food, what a way to start out the trip, eh? 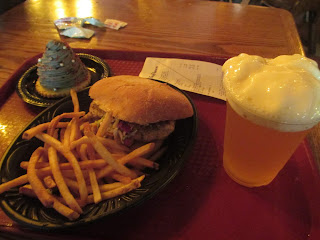 In fact, the whole trip was kind of like that. I had so many short lines. I literally walked on to Splash Mountain (the regular line, not single rider) twice and had the log to myself Thursday morning because there was no one in line behind me. Same with the Fantasyland and Toontown rides and Haunted Mansion. I did Single Rider at Indiana Jones, Space Mountain, Incredicoaster, Goofy's Sky School, Radiator Springs Racers, and Grizzly River Run (I got soaked because I ended up in an edge seat, but you know, it dries quickly, and the family I rode with unknowingly put their ten year old girl in the other soaker seat, so I felt less bad). Such a short line for Thunder Mountain that I rode it three times in a row. I did a lot of rides in a row. I stayed on Gadget's twice in a row. Since Indy broke down while we were in line, they let us ride it twice. I finished off the last ten minutes of Wednesday night by staying in the same teacup for five rides, spinning for four of them. (I have bad wrists/thumbs, so I paid the price for two or three days afterwards, but it was worth it.) 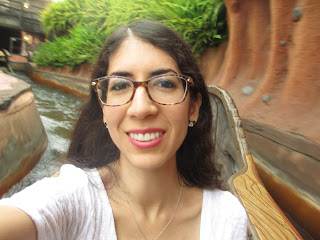 I have admitted to myself that the Mad Tea Party is probably my favorite ride. 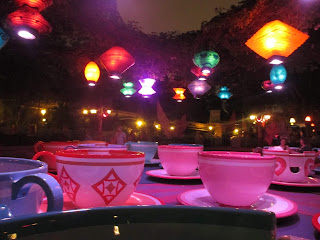 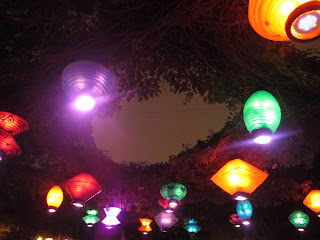 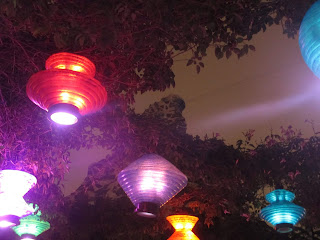 I rode the Carousel for the first time in nearly twenty years--and I got Jingles, too, which was wonderful. 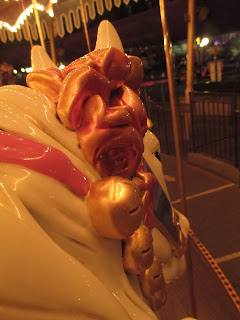 I saw the new Tale of the Lion King show in California Adventure; it was quick and fun. I did some drive-bys of the parade. I caught the end of Fantasmic the first night (the end is my favorite) and most of the show the second night. All of the fireworks the first night and most of them (while walking past the castle to Tomorrowland) the second night. 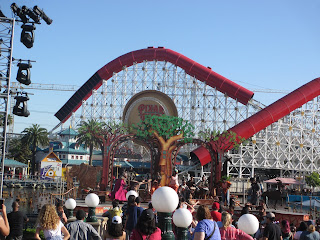 "When out of the night dark forces ignite, to blind you with frightening schemes, you use your might to fight in the light, creating a night of wondrous dreams." Ah, light versus dark, the heart of Disney, the theme of Fantastmic, the theme that stirs me most. 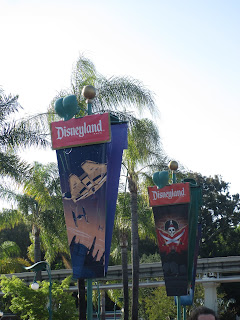 I had a late dinner (with a Dole Whip) at Tropical Hideaway the first night and a regular timed one at one of my favorite places, French Market (with a Mint Julep), the second night. Lunch the second day? Oh, that was at Galaxy's Edge, of course, but that'll be its own post. 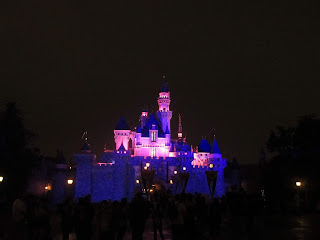 I bought a Minnie Mouse pin that said "Today is My Day" because, even though it's a little different from the pins I usually get, was that not the perfect description of this trip? I wore that on my shirt on Thursday and I let my hair blow in the wind (I usually tie it up or braid it for Disneyland) because I didn't care what I looked like and I put on pink lip tint because that's my favorite shade. 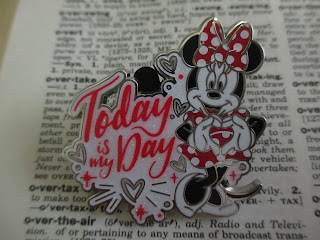 I did lots of walking, just adoring the park that we all love as I moved randomly from one place to another. No rhyme or reason, just going wherever I wanted whenever I wanted. I wanted to go to Disneyland, so I went to Disneyland. Sure, it's a magical place to go with people you care about--but it's pretty magical by yourself, too.
Posted by Deanna Skaggs at 10:28 AM