For those in either the Phoenix area or up near Prescott, there are still some great Easter chocolate options available. Both Zak's Chocolate in Scottsdale and Black Butterfly in Prescott are offering online ordering with at-store pick-up (Zak's will also ship). I do need to try some of Black Butterflies Easter chocolates someday; they're gorgeous. But not this year. This year I'll stick with Zak's since they're closer to me (and you can also buy a gift card from either shop online if you want to support them but can't get to the store). And yes, I will make a comment like that about Black Butterfly in a Zak's Chocolate review because I love that we have a few good chocolate companies in Arizona now, so there doesn't need to be any harsh competition among them. They each have their own style and their own, unique qualities. (And yes, I do believe we're past the pre-order deadline for Black Butterfly's Easter offerings, anyways, so I'm not sure if there is additional availability now, anyways.) 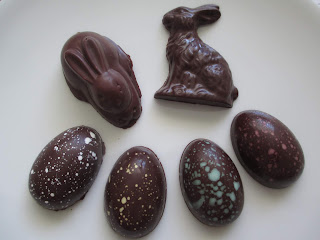 For Easter at Zak's Chocolate, you can order Easter egg truffles in four flavors and various types of chocolate bunnies, some filled, some hollow, some small, some large, and one filled with marshmallow. The bunnies come in either milk chocolate or dark chocolate, your choice. If you are wondering about how the pick-up process works, they have all the info on their site to make it nice and simple: you order online and then call when you arrive and they set it out on a table for you and you can say hi from a distance and then get your bag once they go in. Nice and simple. 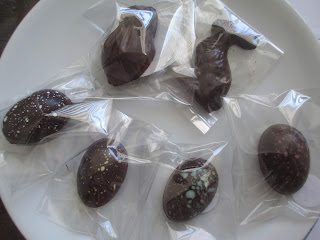 While they do have larger bunnies, I stuck with the small ones. So I got one small dark chocolate bunny, one milk chocolate bunny with marshmallow inside, and all four of the egg flavors. They came each sealed in their own bag, with stickers easily marking which is which. It's hard to beat a dark chocolate bunny from Zak's: you won't get this quality from the grocery store. 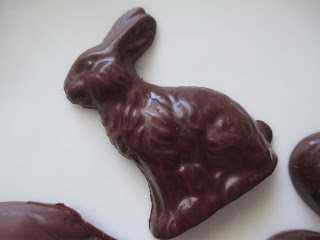 The marshmallow bunny is filled with such a tender, melt-in-your-mouth, genuinely marshmallow-flavored marshmallow that I'm ever so pleased with it. Marshmallow has more of a candy feeling if you're used to more casual Easter offerings, but marshmallow like this is so excellent as to still have that gourmet effect. And again, even with this being milk chocolate, it is quality milk chocolate with much more flavor than you will find in the average Easter chocolate (and it's without all that oil, too). 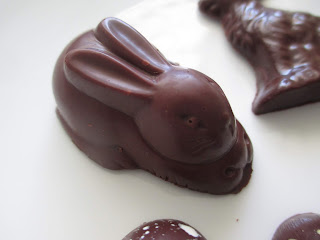 The eggs are all in half shapes, with one side being rounded and one flat. They're about truffle size with colored speckles on them. The style works for both adults and children, for both the casual or the formal setting.

The Marshmallow Caramel has a layer of the marshmallow I've already admired along with a layer of liquid caramel above that. The vanilla-tasting caramel only adds to experience. This is gourmet reimagining of candy, a piece that will be welcome to a variety of tastes. (Which is probably why they're sold out of this one for the season already--sorry.) 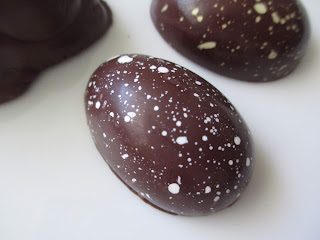 The Peanut Butter egg uses peanut butter from local company PB Americano (click here for my review of their Dark Chocolate Peanut Butter). It isn't so much a peanut butter filling as a peanut-butter-flavored-and-colored truffle-like filling. Very light and almost liquid-like. Peanut butter doesn't excite me much (does that mean I'm not American enough?), but if you're going to do a peanut butter truffle egg, this is the way to do it. It's very nice.

Even though the Chocolate Mint is next in the picture, I'll bring the Malted Milk in before that one. I don't know what I was expecting, but I wasn't expecting a reimagining of Whoppers. I didn't think I had any special affection for Whoppers, but biting into this was like biting into nostalgia. I should have taken pictures of the inside of these eggs. This egg is like a Whopper--but also nothing like a Whopper. It's what the adult mind who might remember Whoppers fondly wishes Whoppers were actually like when biting into them at Halloween or something like that and promptly becoming disappointed. The chocolate is sweet and rich and the malt is solid but also soft and full of creamy, malty flavor. Wow. 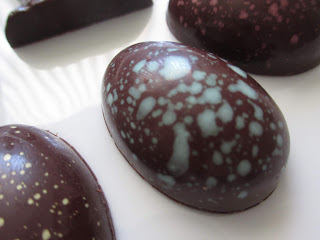 Okay, now for that Chocolate Mint. This is the most colorful one with faintly blue speckles. The inside is a mint-flavored chocolate ganache. Pretty straightforward. This type of thing usually tastes pretty much the same wherever it comes from: if everyone is using the same mint oil, the mint oil just overpowers the chocolate and so that's the flavor you will taste every time. But this one tastes a little different. The mint is edgier. Still, though, this is a classic flavor, so it is mainly what you would expect from a mint truffle.

I'm quite thrilled. Chocolate bunnies are the classic Easter chocolate. And I like my little dark chocolate bunny, but the marshmallow bunny and the Marshmallow Caramel and Malted Milk eggs stole the show for me. Once again, I love when someone can do a gourmet spin on candy. That's something that's easy to talk about and plenty of places pretend that that's what they're doing, but I rarely come across true examples of that concept--even when I was back on Chocablog looking at more of a variety of confections from across the country. To bring in the skill and the quality with the sweetness and the nostalgia is quite thrilling and perfect for Easter chocolates.

Oh, yes, and since it's Zak's Chocolate, this is all fair trade chocolate--which as I've mentioned really seems like it ought to be the norm for Easter chocolate especially.
Posted by Deanna Skaggs at 8:20 PM