Because of Once Upon a Time, I've been finding Beauty and the Beast everywhere. Considering that Disney owns ABC, I think this first instance must not have been a coincidence. The Lego store in Downtown Disney always puts out big Lego displays--when I was there last month, they had Maleficent (as a dragon) above the store. While that was an impressive one, I was more interested in this scene: 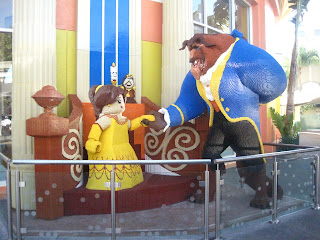 So interested, I suppose, that at the Natural History Museum later, I found myself recreating the tableau: 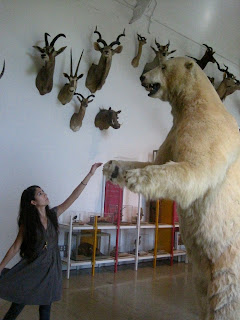 How did such randomness turn out so well?

Labels: Beauty and the Beast