Was it already so many months ago that I first tried the Truffle Fudge Bars from John Kelly Chocolates? That first one was plain chocolate, brought to me from Santa Fe. This one is the Espresso version; I found it at Kingston Candy Co. in Ojai, CA. 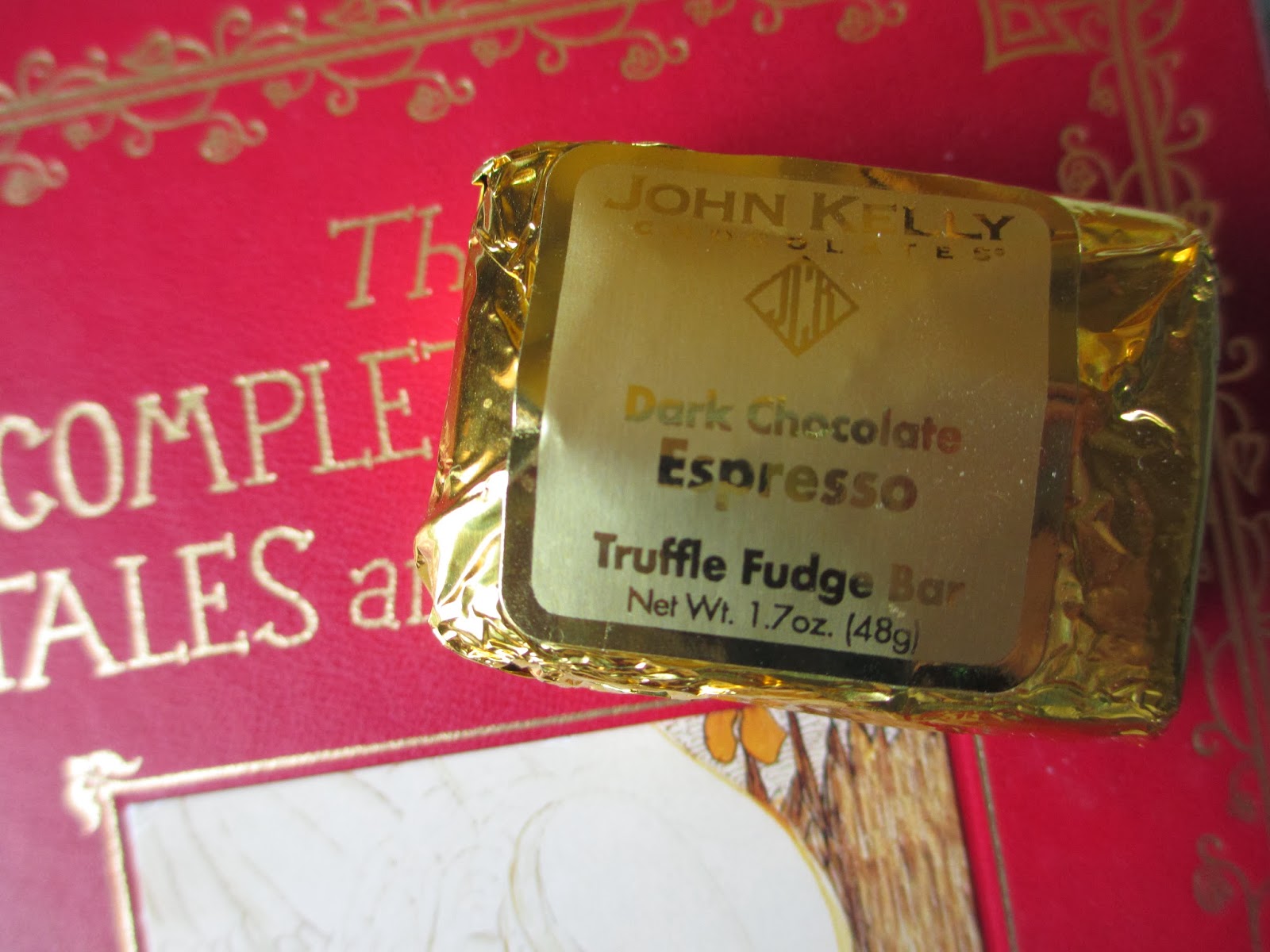 I guess my first John Kelly review wasn't one hundred percent flattering, but somehow it felt like I had to get another fudge bar when faced with a shelf of them at the candy store. In that setting, the shiny gold wrappers did indeed look inviting. I forgot the negative side of my original criticism and snapped up one of the little bars. A December trip from California was more forgiving than a summer trip from New Mexico: the chocolate's surface is unblemished. And, in fact, the swirl design is much prettier to begin with on this bar than on the other one. 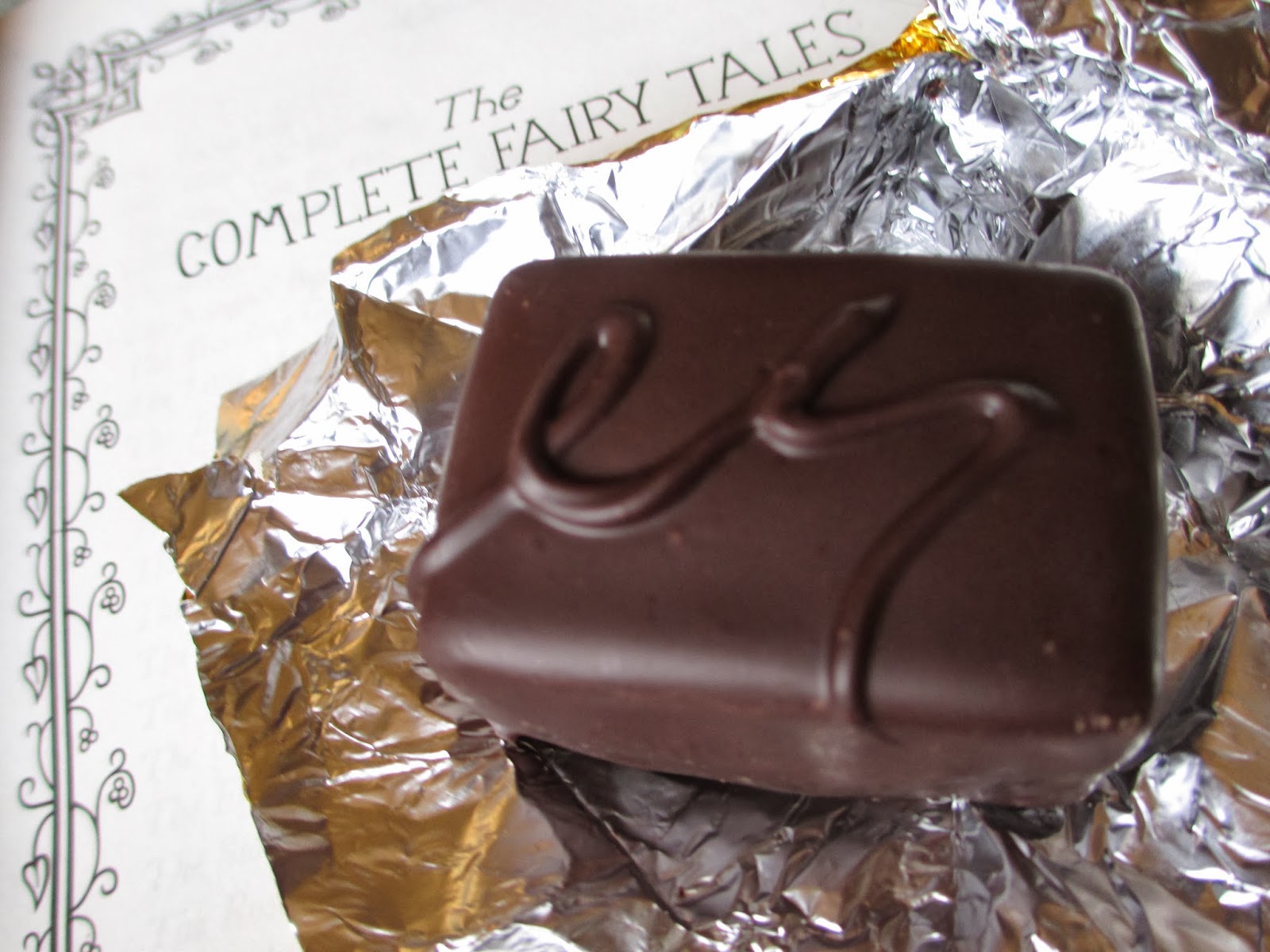 But once I bit in, I remembered why I had mixed comments before. I tasted fresh and strong espresso, but I also tasted a mediocre chocolate shell and something not quite right in the composition of it all. That would be the palm kernel and palm oil, I presume. And it's really rather annoying. The idea of truffle fudge is good, what with its meeting point of rustic and couture. But I wish it were carried out just slightly differently. I still find those rich, red chocolate notes I mentioned before, but I can't focus on them because I'm just tasting something oily and a tad too sweet. Should I really be finding something too sweet calls itself Dark Chocolate Espresso? Perhaps if we compare to a frothy Starbucks drink instead of a tiny cup of deadly-dark espresso? I want to keep eating because I want to like it, but I don't want to taste more of that oily-sweet brownie-ness. I almost might as well have bought a Sky Bar or ten more packs of Smarties instead.

I must reign myself in just slightly: if your palate is different from mine, you may even love this truffle fudge. If you haven't spent as much time around eight dollar bars of plain chocolate or don't really enjoy chocolate with a high cocoa content or simply love rich, fudge texture, maybe try this one out. It straddles the line between grown-up and young chocolate.