As I finally move into the movie guide for The Desolation of Smaug, I also move into greater details. While there are many new things that we saw in the second movie that weren't in the first (Beorn, the spiders and elves in Mirkwood, Lake-town, and Smaug), there are certain factors that are the same. It's still the same director, same team, same principal actors--and these already had some page time in the first movie guide. So this time there was the chance to delve into smaller details. 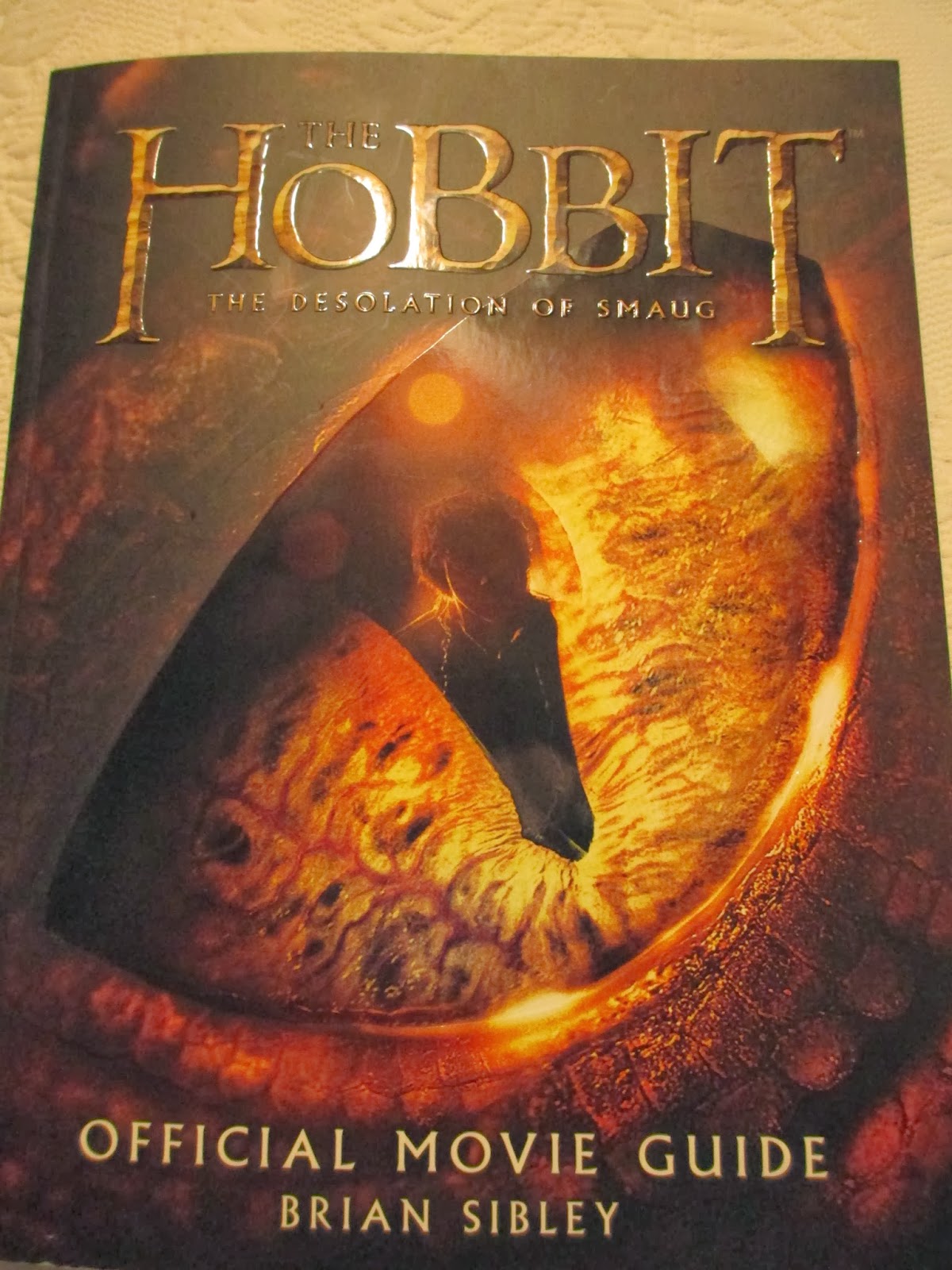 I love reading about food, so the section on Food Stylist Debbie Logan was one of my favorites: this is an area of movie-making that's intriguing, but that you hear extremely little about. In addition to the sections that cover props making, makeup, and set design, there are also small boxes inserted into other sections; these might describe something like the making of a particular prop. And everywhere, once again, Brian Sibley's text only accents and puts into context quotes from quite a number of the cast and crew. Reading this book ended up similar to watching a series of interviews in a making of video, and that's exactly what I like to have in a movie companion.

Somehow this one felt longer than the first companion, even though it's about the same length. But I think this was because the sections are longer in this book; instead of many being two pages, most are four pages. That means that the format wasn't as uber-tidy as it was in the first companion--but it's still pretty much average for a companion book.

One of my other favorite parts was anything to do with Lake-town, including the costumes, props, and set. After watching the movie, I was trying to guess what the cultural inspiration was for Lake-town, but I kept on feeling like I wasn't naming the right thing. And then along comes this book, describing that that's exactly how everyone wanted it to be: they drew from so many sources that they wanted Lake-town to be inspired by those sources but not 100% identifiable with them. So while it will probably be better to watch the DVD material to learn about the making of Smaug, Lake-town really stood out in this book. What an amazing feat that place was.