Goodness, how many years has it been since I first read The Silmarillion? Seven? Maybe even eight or nine? I used to judge people based on this book. If they said they liked The Lord of the Rings but hadn't read The Silmarillion, then they weren't really into Tolkien. Of course, since then I've learned that for many people, The Silmarillion is just the beginning of Tolkien lore. 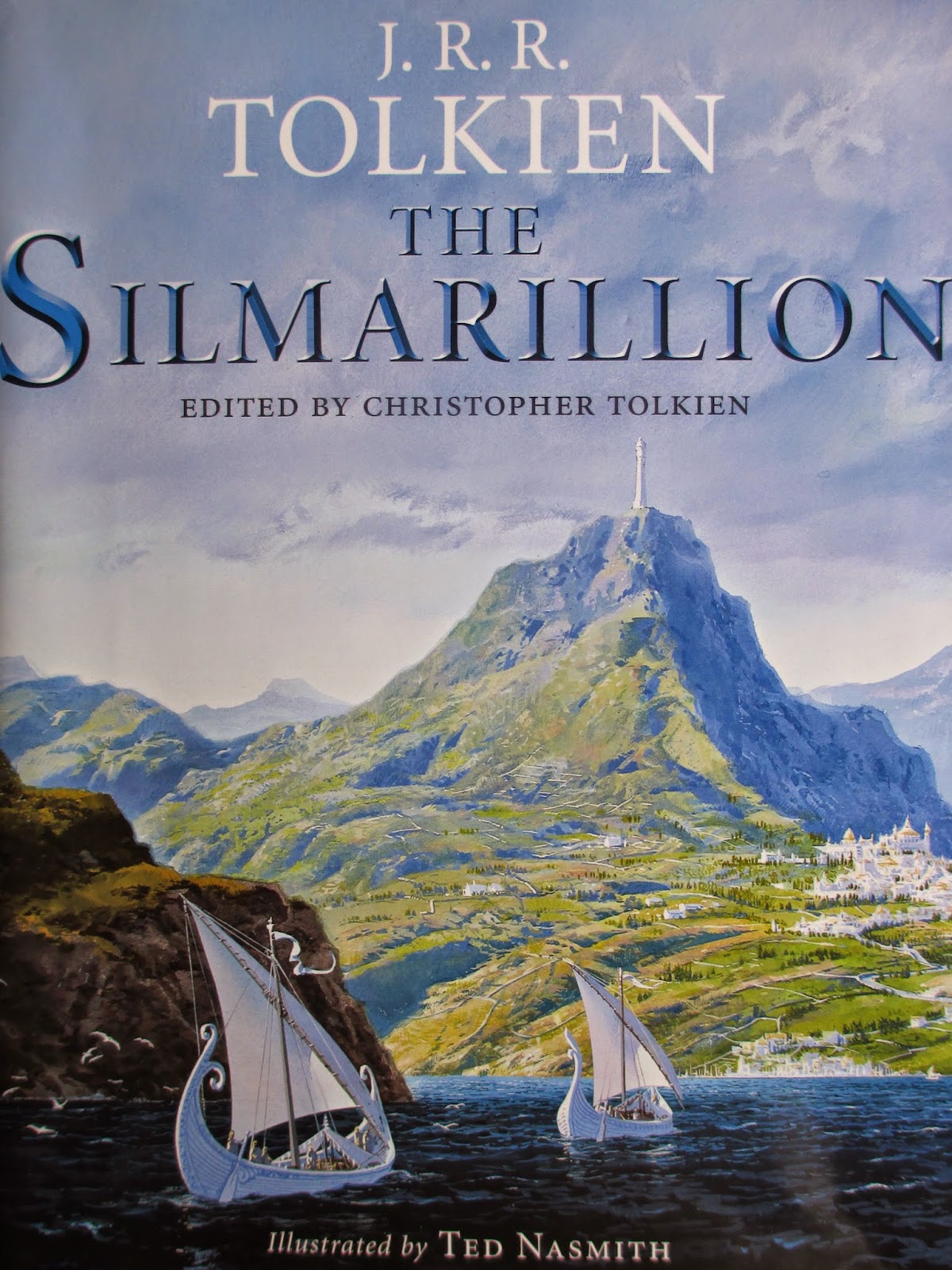 Last year, someone got the illustrated edition for me. This is the book that I used to pore over at Barnes & Noble, staring into Ted Nasmith's paintings in awe and wonderment. So to finally own this book and its gorgeous illustrations was quite a big deal. Eventually I decided to read through the book again using this copy. First the plan was just to read a chapter every so often when I felt like it. But then, a couple chapters in, something happened that I hadn't expected.

You see, I was still fairly young when I read The Silmarillion the first time around. That was years before I read Heart of Darkness or Paradise Lost or Moll Flanders or As I Lay Dying. While I loved the language of The Lord of the Rings back then, The Silmarillion was still a challenge. This book is the mythology of Middle-earth, told more like a history than a novel. Each chapter could be its own novel, if it were told in full detail. So there are so many names, so many places, so many characters, and so very many descriptions of geography to keep track of--all with only so much of the usual excitement and such that a novel would bring. It was a hard book to get through, and I was expecting it to be that way again.

But this time it was easier for two reasons. One, the names and events were already familiar to me. It was easier to distinguish Yavanna from Varda or to kind of keep straight Finrod, Fingolfin, Fingon, and all the other names beginning in "F." I could easier follow one plot line because I knew already how it connected to what was coming next. The other reason that it was easier was that I have grown as a reader. I've probably read hundreds more books since the first time I read this one. I've read things that were hard to understand or slow to get through--things that, for all my effort, I didn't even end up liking, anyway. But The Silmarillion does not fit into this group.

This time, I really enjoyed this book. For all that it is told like a history, the language remains beautiful. It's stunning, like the best passages of the King James Bible mixed with an epic romance (and by romance I don't necessarily mean love story). The language is sweeping and bold, so magnificent in the way that it speaks of other worlds and yet so very approachable in its expressions of joy and sorrow. And the characters, oh, I like them a thousand times more than the Greek gods and goddesses.

Tolkien's awesome, and Ted Nasmiths' illustrations for The Silmarillion are equally awesome.