Pumpkins at the Farm

I remember back in the day when it was Young's Farm in Dewey on the way to Prescott. We would stop at their store for pumpkin bread and candy sticks and take a few minutes to feed the goats. Though Mortimer Farms has been there for several years now, I haven't spent as much time there. What a better way to do so than their Pumpkin Fest? 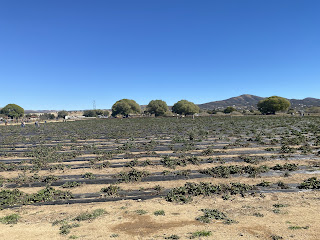 I'll repeat some of my reflections on the Desert Botanical Garden's Halloween event. Sometimes events are more for children--which is great, but less great when you don't have children. Mortimer's lets you walk the line between child and adult, if you so please. I didn't really watch shows, but there are shows. And there are rides, rides that the children were enjoying but rides that didn't say they were for children only, or even any sort of height of weight. 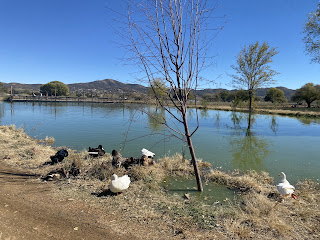 So what do the non-children do? Attack the spinning ride. A central pole with a sort of X at the bottom, with places to sit at the end of each arm of the X. Ropes go from just in front of each side to the top of the pole. So four people sit as someone winds the X around the pole, then lets go. As the ropes unravel from around the pole, the X spins faster and faster, then starts over in the opposite direction from the force of the unraveling. You can go slowly and just wrap it around a little. Or you can have two adults using all their might to quickly bring the X as high as it can go. And it spins much faster than you might expect. It feels like you should have a seatbelt or like your neck might break from the pull. Lovely. Even faster than the teacups at Disneyland. 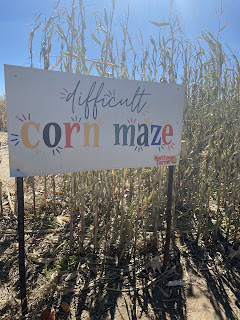 Or the little zipline. The non-children took over two of the four lines for a few minutes. Nobody hit the ground or broke the break. Impressive. Then of course there is the corn maze. I had never been in a corn maze before. I don't know that we actually made it to the actual end, maybe just an opening, before turning around and going back out the same way. But it was a nice windy way of exploration, a pleasant walk on a sunny fall day. 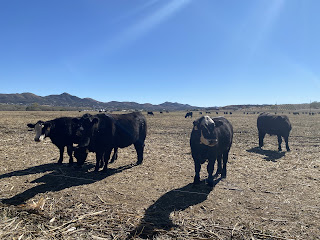 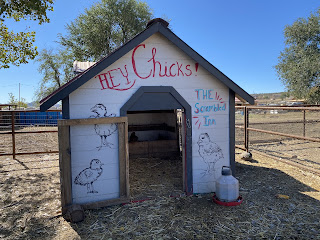 There are chickens and goats and cows and ducks. (Pony rides, too, though of course those really are only for the children.) Silhouettes. Face painting. Food from the farm. Even at the end of October, still plenty of pumpkins left in the patch for picking. Much more fun than picking one up at the store. And these come in more colors and shapes, too. Not just orange but also green and white. 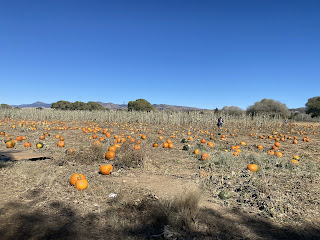 So whether you are going with children or simply children at heart, there is diversion at the farm. Also lots of sun and open space, and that alone makes it worth the visit. I still miss my memories of Young's Farm, but now I'm feeling warmer towards Mortimer's having actually spent some time there.