The Adventures of Connor & Abby: Part 11

I title this segment "A Primeval Christmas."

Over at the ARC, someone brought in a tree to celebrate the season. I have my own guesses about which one of these three it was . . . 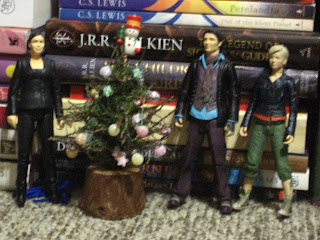 But then someone else showed up. It appears Connor was involved in bringing the green dinosaur as he seems to be quite friendly towards it. It is a little reminiscent of Rex, after all, isn't it? 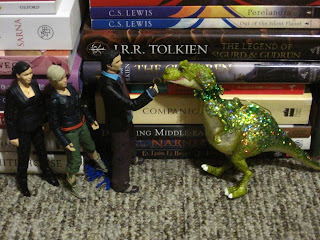 The only thing is, this isn't Rex--it's my new ornament. After it greeted the Primeval team, it was time for it to find a place on the tree. Doesn't it look so happy, hanging on its branch and smiling? (If you want one--they're also in pink and blue--hurry/scurry over to ModCloth.) 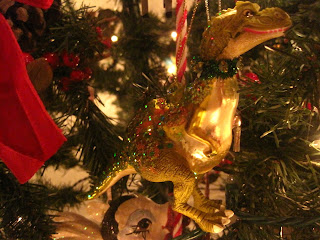 Posted by Deanna Skaggs at 5:59 PM