Once Upon a Long Time Ago

They're the opening phrases that isolate you into fantasy, into the realm of a story. They're the words of "let there be light" that allow words to have the power of creation. They're the words that let you know that there are no rules besides the bounds of imagination. 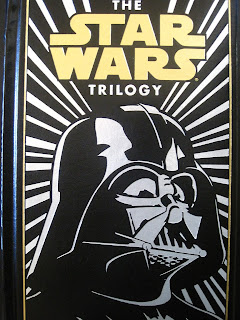 I've heard about how Star Wars (the original) is technically a Western, and since it takes place in space, you could call it sci-fi. But I like to think of it as fantasy. It takes place in a galaxy so far removed that it might as well be a different universe. Humans aren't the only people, but the non-humans aren't exactly treated like aliens since they all come into so much contact--so they're more like centaurs or fauns or fairies or whatever in fantasy stories. And the Force, of course, has its similarities to magic. 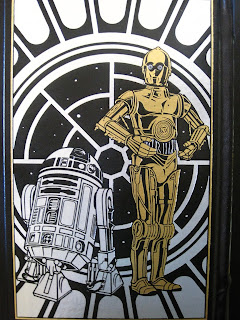 But let's return to diction. Although "A long time ago" is still mostly just a Star Wars phrase, it's taken on a similar weight as "Once upon a time." You ignore both phrases, in a sense: they're just the precursor, like "the" or "said," or to what comes after. They signal what the story will be like. Because it starts with "A long time ago in a galaxy far, far away," nothing can seem too odd in Star Wars. Technology can be both more advanced and less than ours. Food can be normal or strange. Speech patterns can be whatever they want to be. You don't need to question anything that isn't consistent within the created universe because it is fantasy, protected by a framework of words. The storyteller has not made himself invisible, but has spoken to you directly. He has said, "Once upon a long time ago, in a galaxy far, far away . . . "