I've explained this all before, somewhere. When at Trader Joe's buying the usual items of bread and cucumbers and oatmeal, I like usually to buy at least one sweet thing. Perhaps a box of cookies or a bar of chocolate will do. Because, as I have also explained, I like to keep tabs on what chocolate Trader Joe's sells: some of it is high quality in disguise, while some of it is simply average. 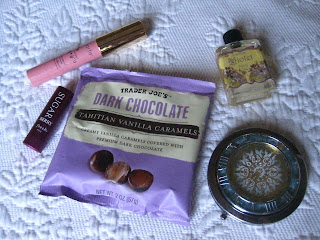 Being capable of sitting on a shelf for many months, the Dark Chocolate Tahitian Vanilla Caramels are not going to be fresh, artisan confections. However, as something you pick up when buying groceries and promptly stow away in your purse to nibble on, they don't leave much to be desired. The little purple packet has a handful of soft caramels dipped in chocolate. What elevates the caramel, and the chocolate for that matter, is the Tahitian vanilla. This vanilla, I might add, is only one of three types in the entire candy; however, even a portion of the total vanilla is enough to add a more fresh and flavorful edge to the whole. 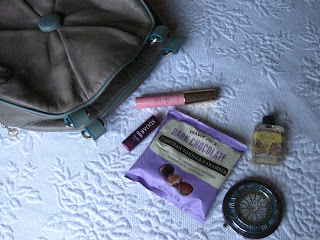 The primary flavor is that vanilla. The chocolate and the chewiness remind me of brownies, but like very rich brownies because of the vanilla flavor. If there is any cheapness within either the caramel or chocolate, it is masked by the vanilla. In fact, I don't feel that I can give you any real feedback on the chocolate because of how disguised it is. The softness, along with the pearl size, makes these caramels addicting. They're much better than grocery store chocolates and are also toward the upper side of the Trader Joe's selection. Standing right between sweet and rich, they're worth reaching out for. 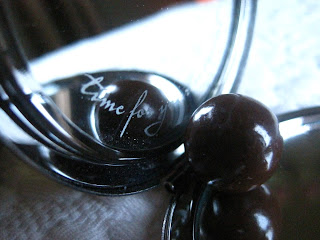