I really need to get out of state. I haven't been out of state since December, and therefore I have not had many chances to buy interesting chocolate since December. I'm getting a bit sad, especially since we are now entering the warm weather months where I simply cannot order chocolate online--not that I ever do more than maybe once a year. (Although, in fact, it has been cooler weather lately. Tomorrow it's supposed to be around 65, I think. And windy. Gross. I don't like cold wind.)

So, in absence of a greater selection, I settled for trying out Ghirardelli's new Mint Cookie bar, thinking to run a comparison with Klondike's Mint Chocolate Chip Candy that I reviewed a couple of week ago. Click here to read that post. I'm sure you will notice, right away, two important factors. At 98.1 grams, compared with 39, Ghirardelli gives you more quantity for your money. And while Klondike had their silly "dark chocolate flavored coating," Ghirardelli uses a basic milk chocolate. Sure, dark chocolate tends to go better with mint than does milk chocolate, but I suspect that the cocoa percentage is greater in the Ghirardelli. 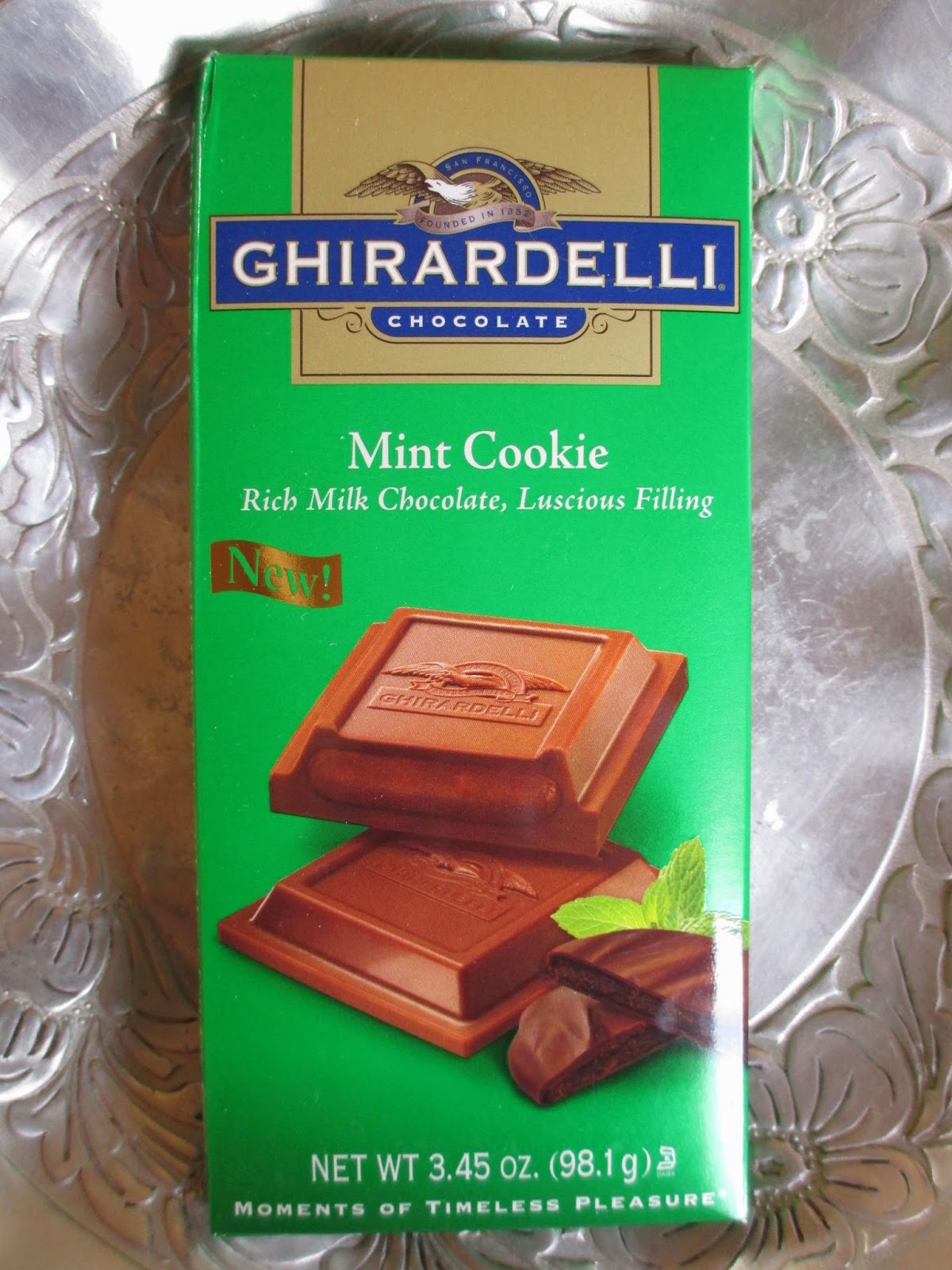 The proportions are also different. The Mint Cookie bar is in Ghirardelli's standard eight squares; they're just shaped a little differently from the flatter squares that make up the plain or even most of the flavored bars. These squares are thicker, leaving room for a soft chocolate filling that contains the minty flavor. So there is much more of a chocolate base than there was in the Klondike candies. That's good. 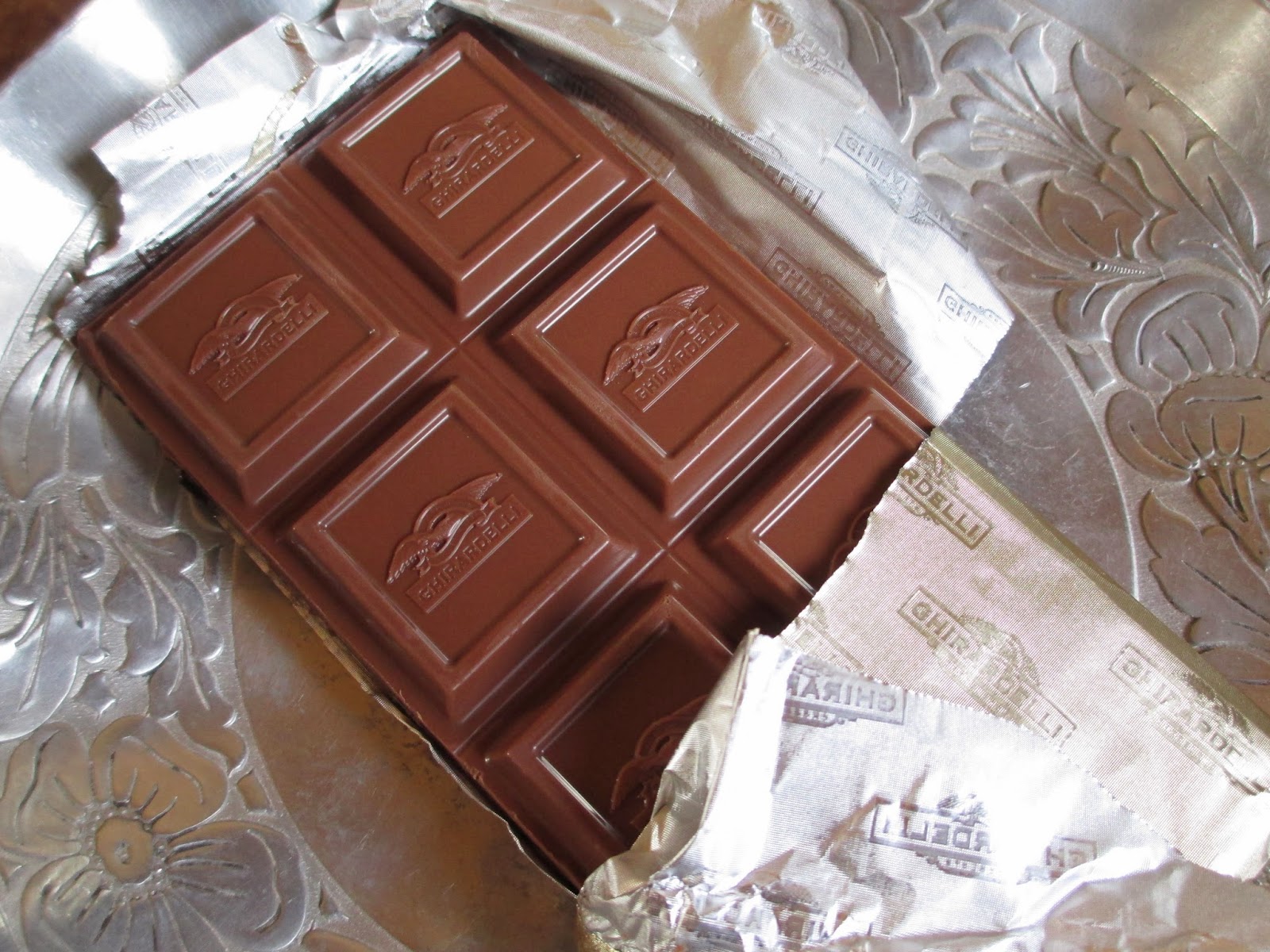 But now I find myself disappointed by the mint. Mayhap part of the problem is that a creamy milk chocolate just isn't a good complement for mint: it makes the mint taste too cloying on the tongue, instead of giving a refreshing effect. Either way, the mint simply doesn't taste very refreshing. There is peppermint oil among the ingredients, but it doesn't come across tasting like fresh mint. And the thing that bothers me with comparing to Klondike is that Klondike was imitating ice cream . . . and ice cream is sweet. So their chocolate candies were sweet, minty, and smooth. But Ghirardelli is trying to make something different, a sort of everyman's luxury mint. And it doesn't taste very luxurious to me. 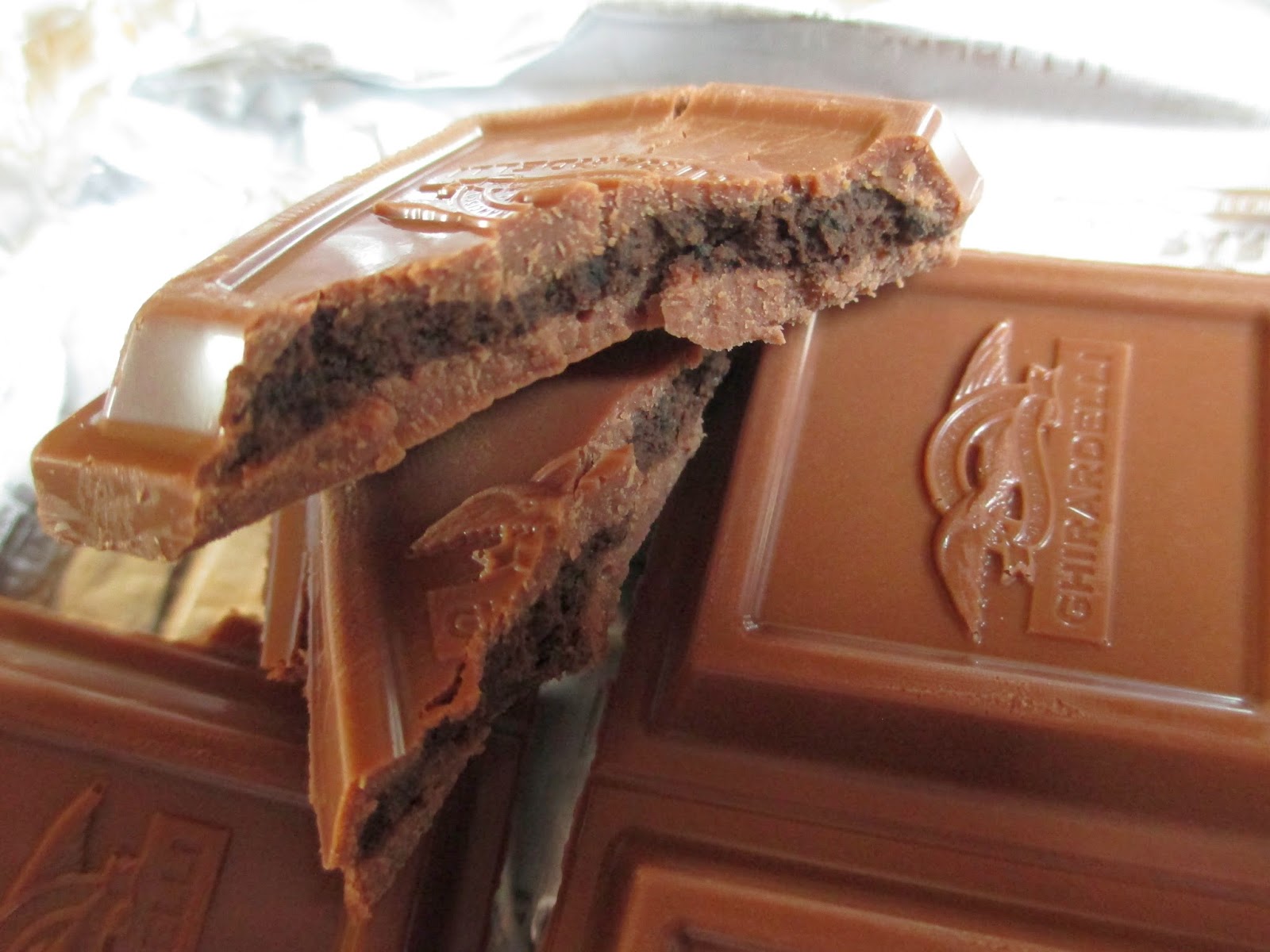 Which, again, isn't so far away from what I was expecting. After all, the bar is called Mint Cookie, not Fresh Mint. Inside that soft chocolate center are the tiniest of lightly crunchy bits to stand in for the cookie element. They do help to ease some of the cloying taste, putting into mind Girl Scouts Thin Mint cookies (did you see my review last year of Nestle's Thin Mints Crunch Bar?) instead of just badly done after dinner mints. As a munching chocolate confection, it's okay. I usually prefer Ghirardelli's plain bars to their flavored ones, but even this is alright for the price. It's fine. I just wish I wasn't surrounded only by chocolate that is fine instead of fine chocolate.