You know how it is when there are sales or promotions going on. You tend to buy things that were not in your plan, justifying to yourself with generally false justifications. Sephora goers will know that there was recently a promo where you received three times the points for perfume purchases. So I browsed around to see if there were any perfumes that I wanted that I didn't need. I came eventually to the Tokyo Milk Dark section. 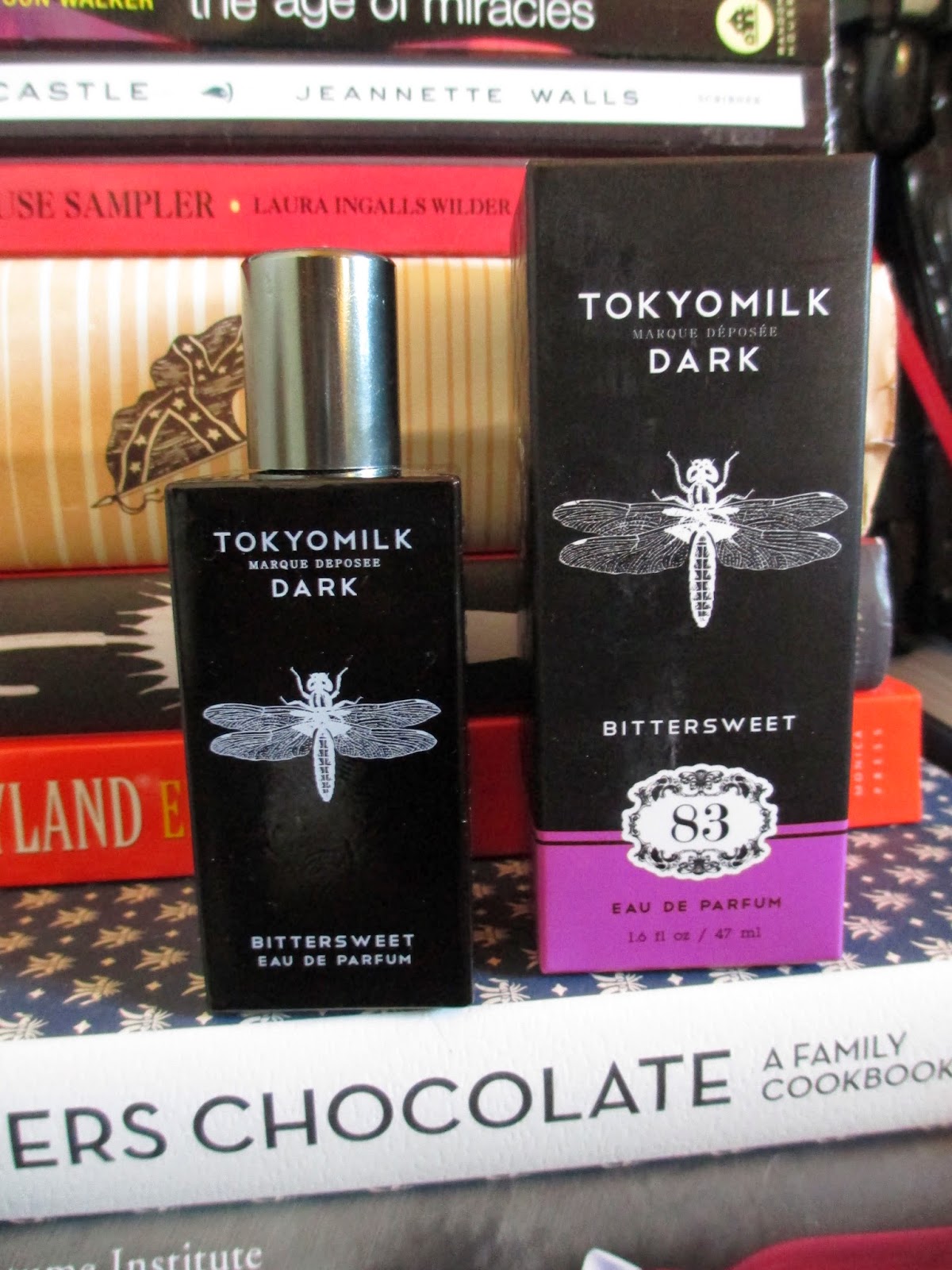 When I visit The Hummingbird House in Sedona, I often pause to sniff all the Tokyo Milk perfumes, usually finding that I don't like most of them. Maybe one appeals to me. But the set at Sephora was the Dark line, which come in black boxes and bottles. Given their low price for perfumes (about $36), I thought maybe I would get one just for the cool black bottle. I began sniffing, and found one or two that I liked. In general, I think I like the Dark line more than the regular line. But then I sprayed a bottle and smelled chocolate. I thought that was just my perception of the scent, until I paused on the name (Bittersweet) and flipped to the fragrance notes on the back of the box. Cake flour, dark cacao bean, osmanthus, and bronzed musk. Aha. 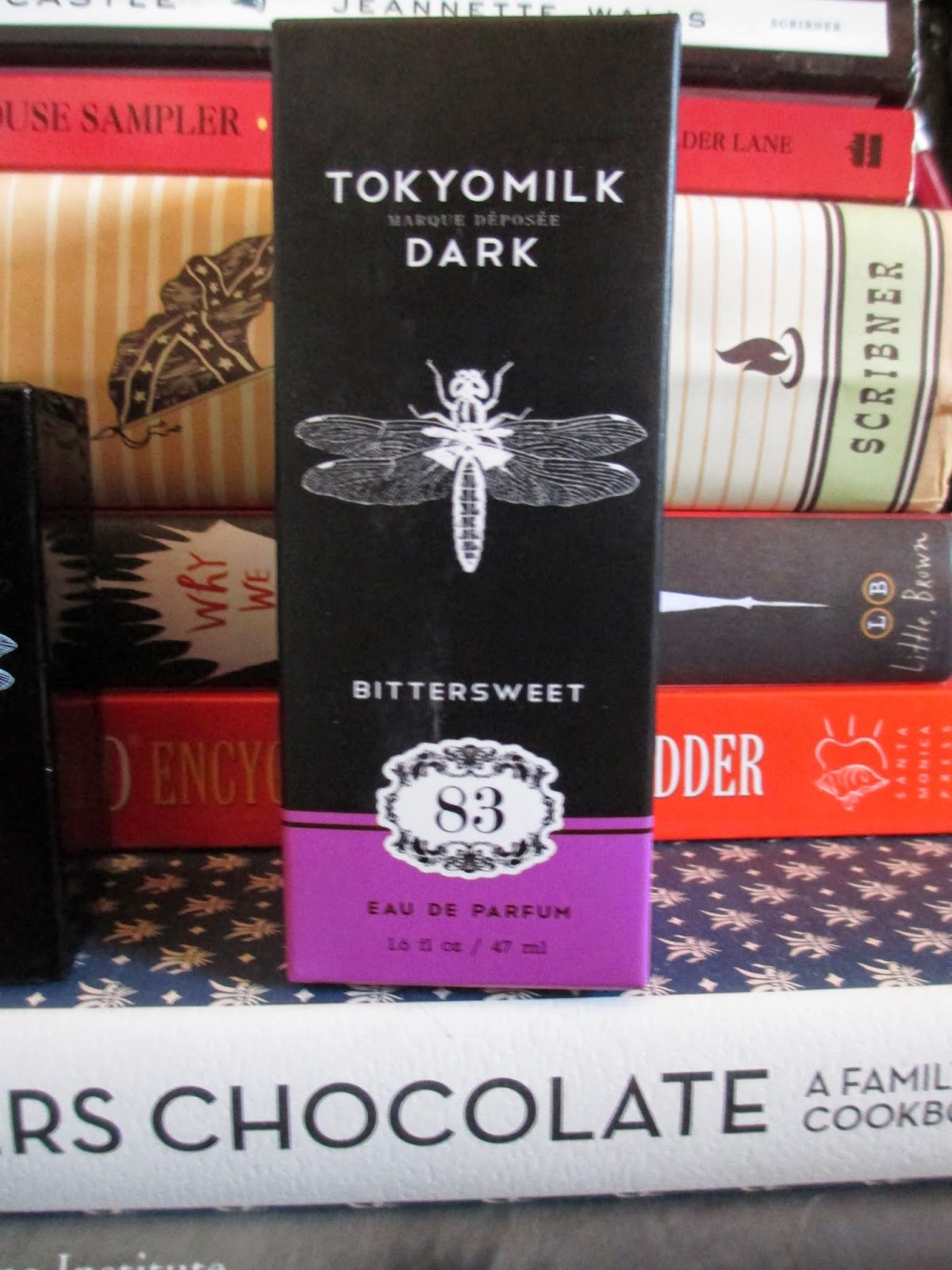 You will perhaps recall my disappointment at Pacifica's Mexican Cocoa Perfume, which smelled like hot chocolate spices but not at all like chocolate. Tokyo Milk's Bittersweet is completely different. When you first spray it, it smells very much like chocolate. Although it is more of an artificial chocolate scent (really, is it possible to give a perfume a real cocoa aroma?), it still smells fresh and appealing. As the perfume sits, the chocolate scent fades to more of a powdery aroma. Normally, a common complaint I will have about perfumes (including high end ones) is that they are too powdery. But this powdery is different. Maybe it's connected to the cake flour note. I had to look up osmanthus, which is a flower. I wouldn't call this a very floral perfume, but as I understand it osmanthus has a layered aroma to it, so I think part of that does come into play. 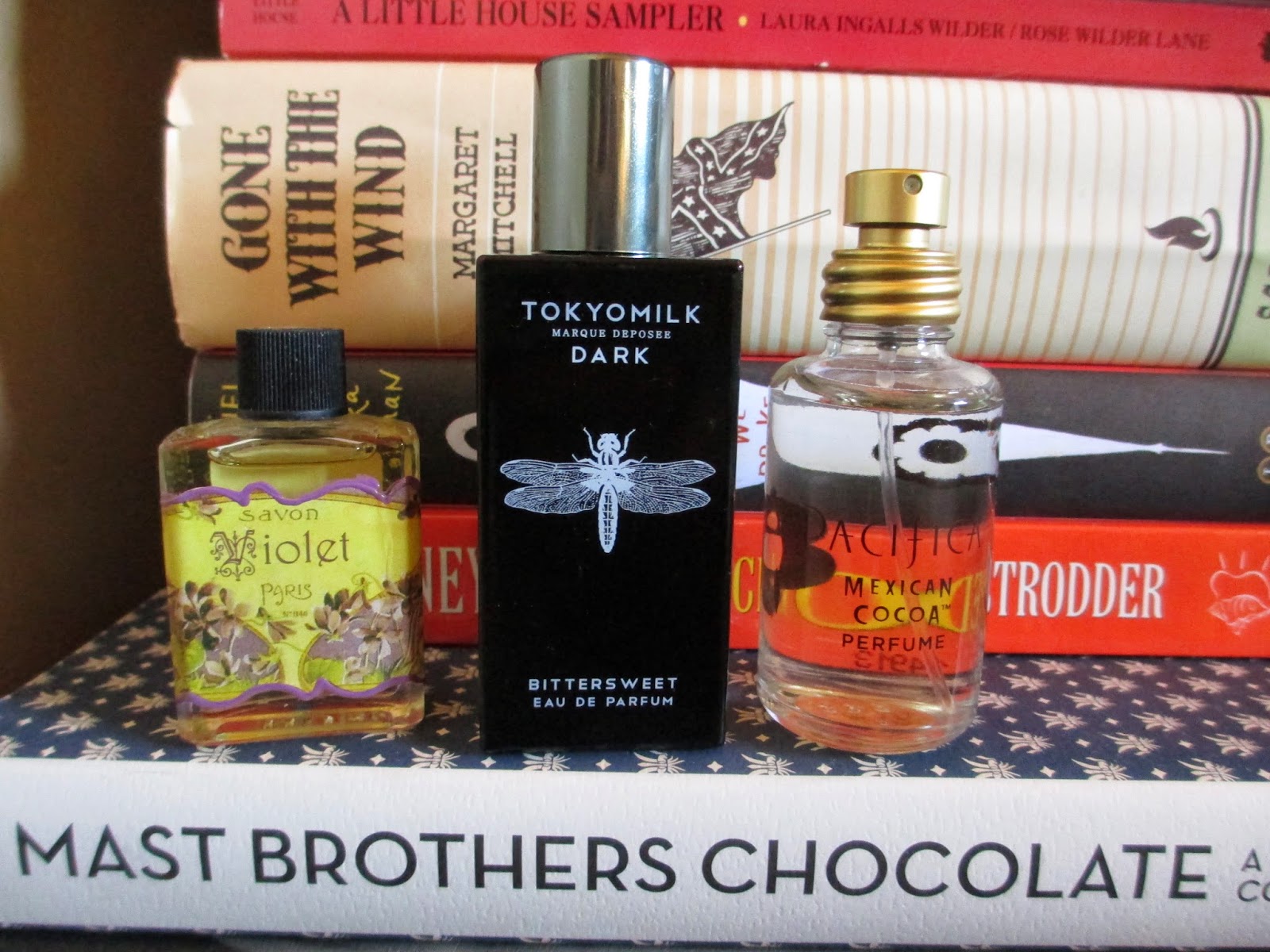 I don't know. It isn't really like any of my other perfumes. I love it because it smells like chocolate so strongly at first, and then fades away to something more reasonable so that you don't have to walk around smelling like a cupcake or a truffle. This is a perfume that I'm willing to wear. What an amazing take not just on chocolate scent, but on the idea of chocolate scent. It isn't really sweet; it's more like breaths of air. It's sort of sensual, I suppose; that complexity of delivery gets you thinking and feeling. There's something in it that reminds me of Dior's Hypnotic Poison, but it's less like a perfume than that; it's more subtly intoxicating as it makes its way into your mind. And isn't that what a good chocolate is all about?