You know how sometimes you just love a story so much and you don't even know why? That's how I was with Mrs. Frisby and the Rats of NIMH by Robert C. O'Brien. I read it in third grade and also watched (and loved) the movie--at least, I think I read it then. I know we did some work as a class comparing the movie and book, so I'm never quite positive whether or not I sat down and read the book by myself. I just know that, for a couple years, I called it my favorite book. 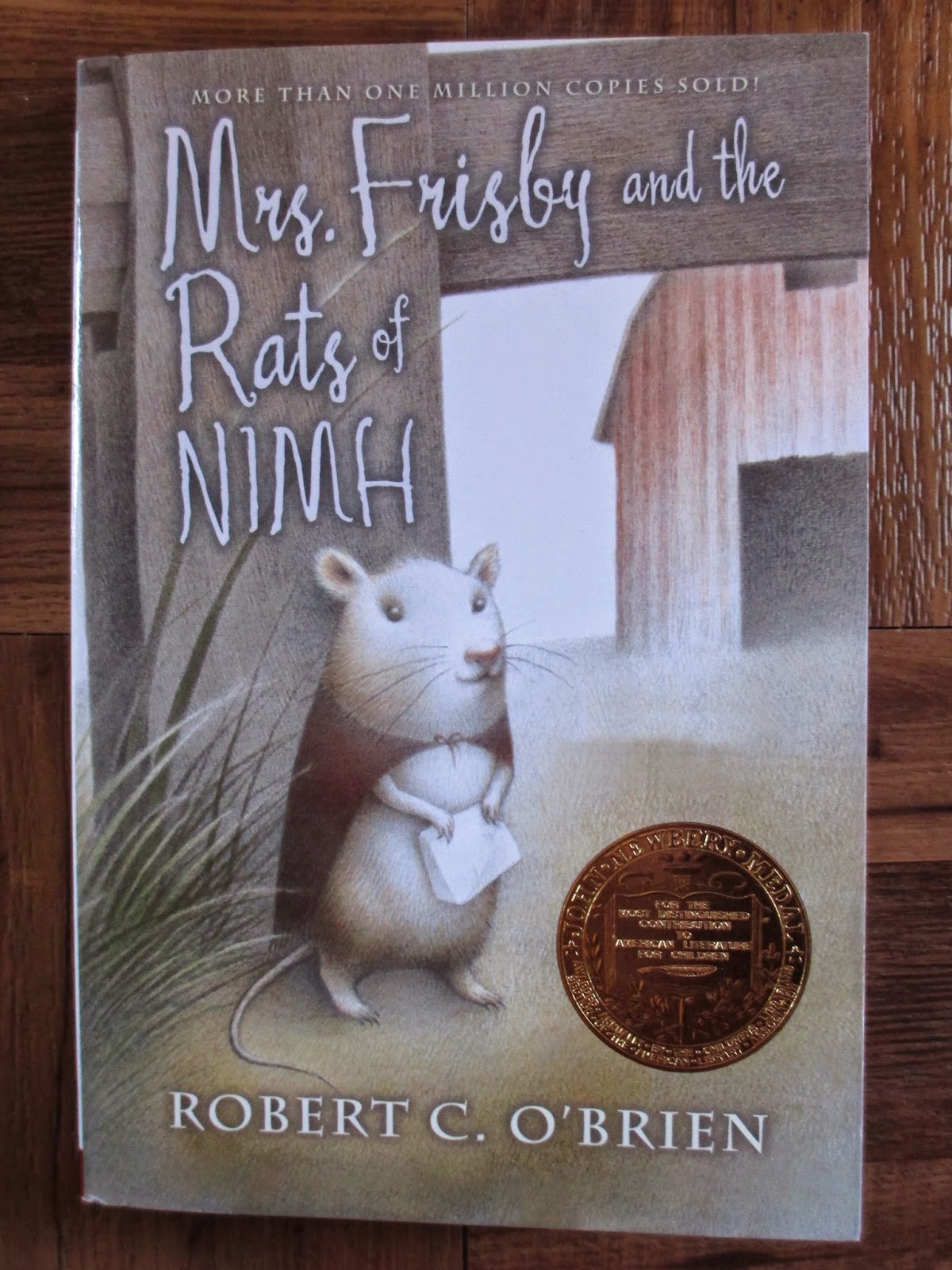 It was maybe two or three years ago that I watched the movie again on Netflix. It didn't quite entrance me the way it had before. Then last year I decided to buy the book, thinking perhaps I might like to read it again but also in honor of how much I had loved it. (I have this thing where I hate to not own books that I have read.) I picked it up as a book of light reading. And I didn't want to put it down because it was still so, so beautiful and wonderful, even fourteen or fifteen years later. Even in childhood passed into (some form of) adulthood.

The fact is, this is simply a wonderful book. As a child, I didn't know what it was about it that was so great. Now I can analyze it to bits and still come up smiling. On one side, it's a simple and homespun book about a widowed mouse living on a farmer's land and trying to do all she can to care for her children. But from another angle, this prairie story (published in 1971 and I believe taking place at the same time) is also a fantasy. Mrs. Frisby is like a character in a fantasy story who is introduced to a world beyond the small one she has known, who discovers not exactly her own destiny but, by her late husband's identity, her children's. In the rats of NIMH, she encounters a secret society and a separate type of beings. Oh, yes, and she must face a cat named Dragon.

But then there is another theme. The rats of NIMH are extraordinary--but the way that they became so is not. Here is a book that approaches, lightly, the questions of technology and of resources and of ethics. In the face of so much complicatedness, there is simple beauty in nature and the hard work of one's own hands. It almost reminded me at times of The Wind in the Willows--another wonderful book that I had not yet read in third grade, although I had seen the movie many times.

Only I was a bit shocked by that bit in the ending. After glowing at sentences that I remembered reading so many years ago, I was surprised that I didn't remember this little bit that was in the ending. How could I forget that? It made me rather sad to read--but I suppose that is, after all, proof that this book could still have a powerful effect on me. I do believe I love it as much as ever I did before.

Posted by Deanna Skaggs at 1:03 PM