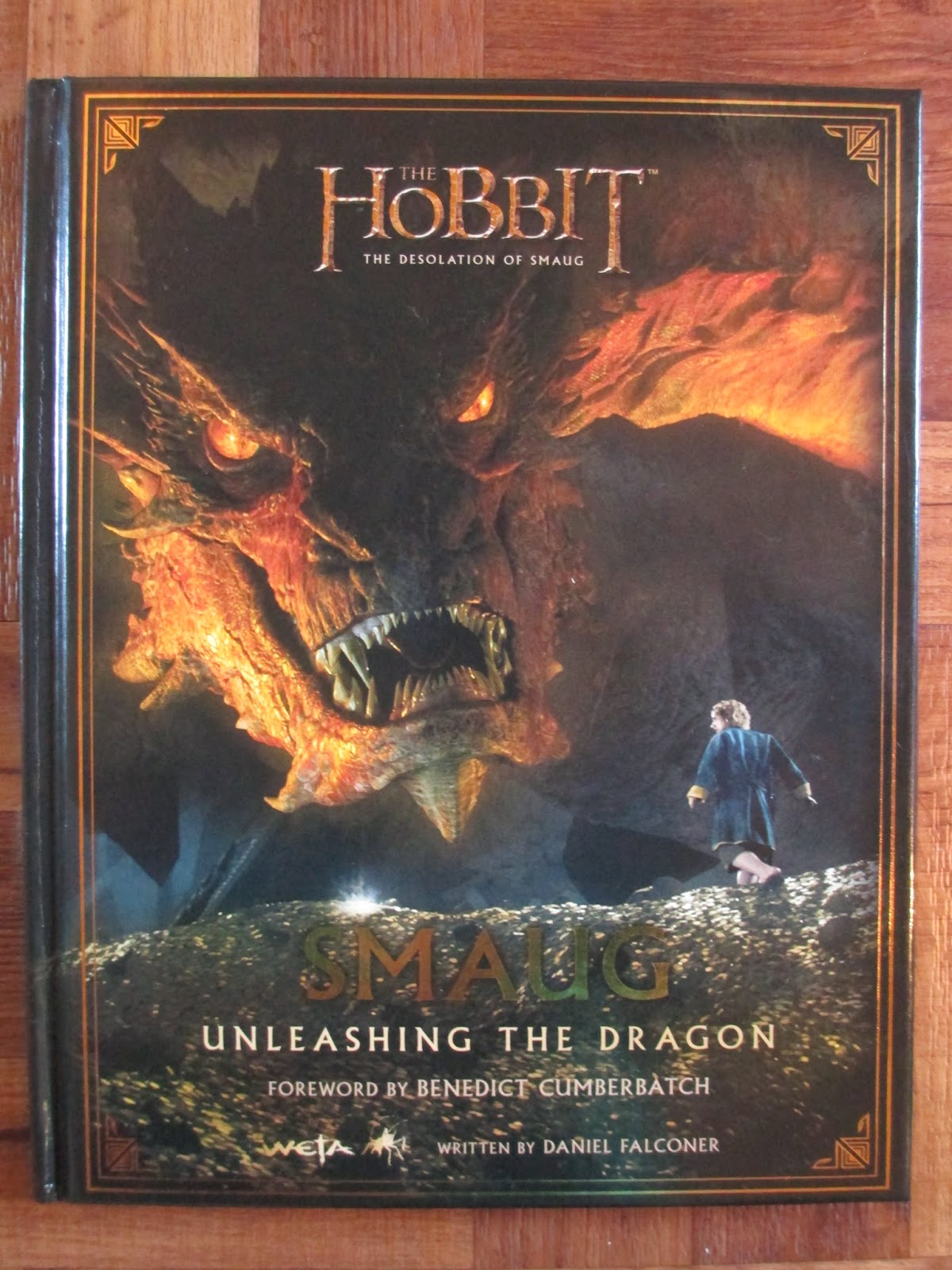 In his foreword to Smaug: Unleashing the Dragon (which, it seems, is being considered a companion book to Weta's Chronicles series), Benedict Cumberbatch (Smaug) explains what Smaug represents and how the book should not be seen as a celebration of him, but as a way of contrasting his evil and corruption with the positive traits in other characters who come into contact with him. It almost seemed odd at first to read this when a book like this is, in fact, a celebration of the creation of a character. But somehow I think the format of the book allowed me, as I was reading, to come to really see what Benedict Cumberbatch was saying.

As the book begins, we're looking at early concept art for Smaug, hearing different ideas for his design. We're learning about how he was put together. It's all very intriguing. This is, of course, in the same format as the Chronicles books, with imagery paired with quotes from the different people who worked on Smaug. It's fascinating reading, and you are fascinated with Smaug. But then something changes. Suddenly there are more pictures of Smaug's glowing eyes and open mouth, snarling at you out of the page; you begin to think, I wouldn't really want to meet this dragon. And the text is more about his character and his movement. As the designers flesh him out more, he becomes more terrifying and more of a menace and you begin to see why, even as a fictional character, he is not someone to take lightly. He is greed and he is power and he is terror and he is the corruption of goodness.

There were, however, some light moments in this book (which is about 100 short pages, by the way, making it much shorter than the regular Chronicles books). Many of the designers talk about the Komodo dragon similarity, but I enjoyed hearing about how Jamie Beswarick drew inspiration from the shape of his bearded dragon's chest. My own bearded dragon, Sylvia, found that part quite interesting. (She also likes Hobbit books--and perfumes.) 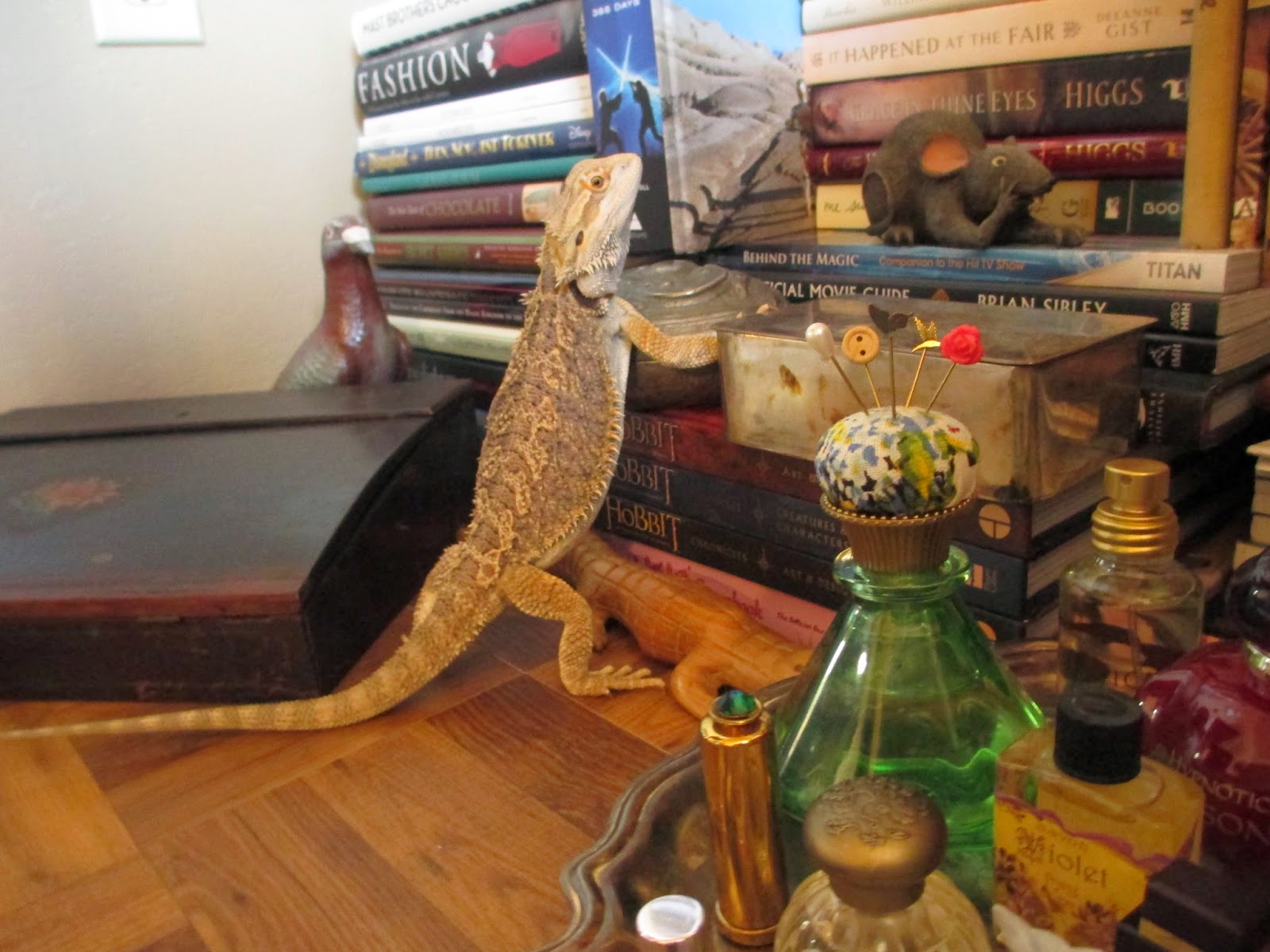 I find myself wondering if Smaug's book was more technical than the Chronicles books. It could be since, even though it is shorter, the whole book is devoted to just one aspect of the films, whereas the other books cover a wider range. For every section, the teams explain just what they're doing when they design a character, add texture to a CG creature, or record dialogue and sounds. Perhaps it's because so much of Smaug's work was digital, and digital work can be difficult to wrap your head around, that this book felt very technical. But it wasn't in such a way that I couldn't understand it: everyone does a wonderful job of explaining everything with the right amount of detail, then bringing you back to focus on the character and the "why" of all the work. So even though I may not have pictured myself buying a book based solely on Smaug, well, Smaug was the best cinematic dragon every and his book was great read. 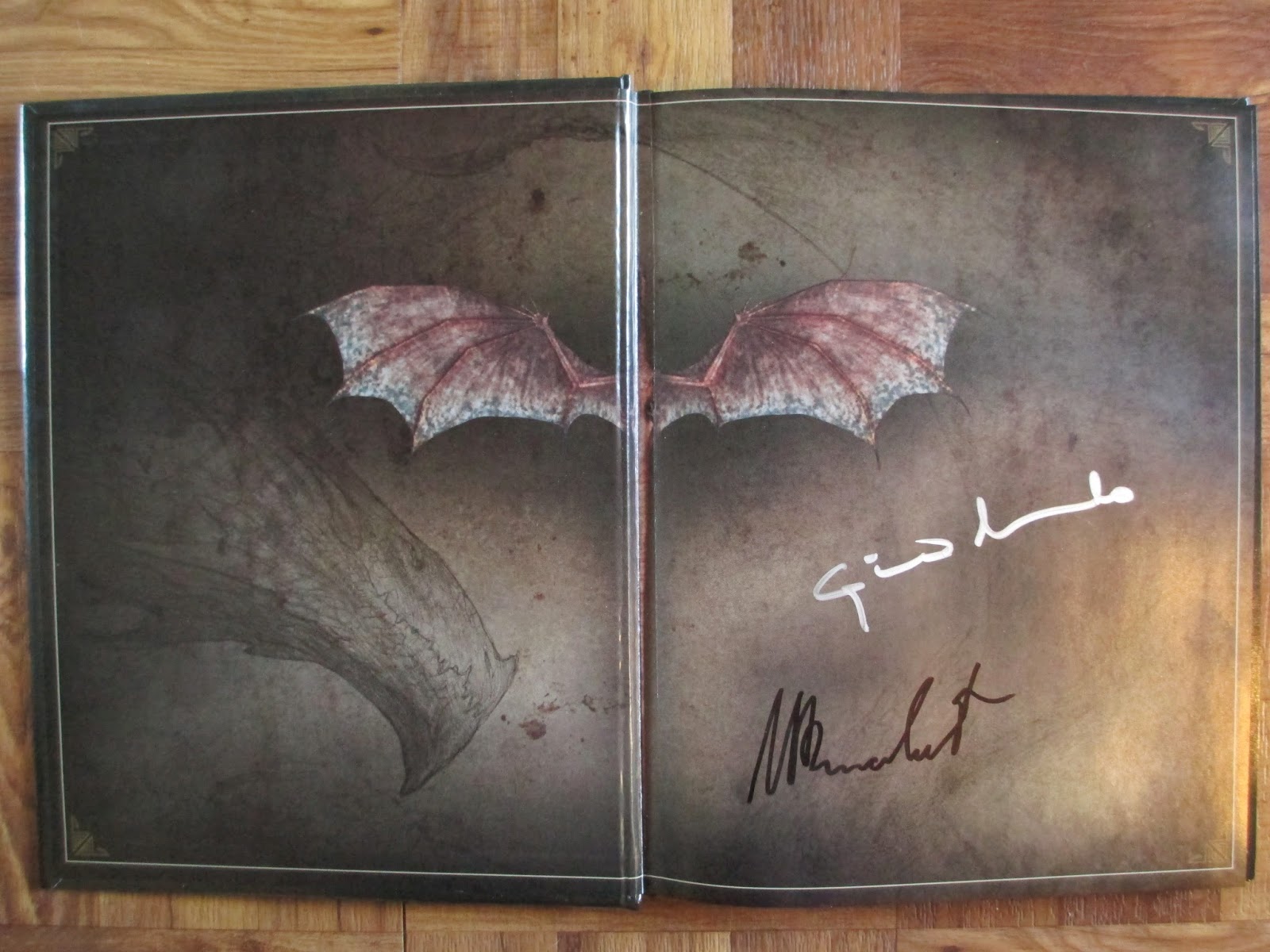 My pre-ordered copy was signed by Gino Acevedo and Marco Revelant.

Posted by Deanna Skaggs at 5:49 PM

Labels: Smaug, The Desolation of Smaug, The Hobbit, Unleashing the Dragon