A little over a year ago, I tried Numi's Chocolate Pu-erh tea, which I felt rather favorable toward. I still have some occasionally, in fact. (You can read that review here.) While I liked that tea and found its use of chocolate rather more authentic than in many other chocolate teas, I did also admit that the use of pu-erh tea would probably alienate a certain percentage of people. I guess Numi thought the same: they now have a range called Indulgent Tea of more traditional teas combined with chocolate. 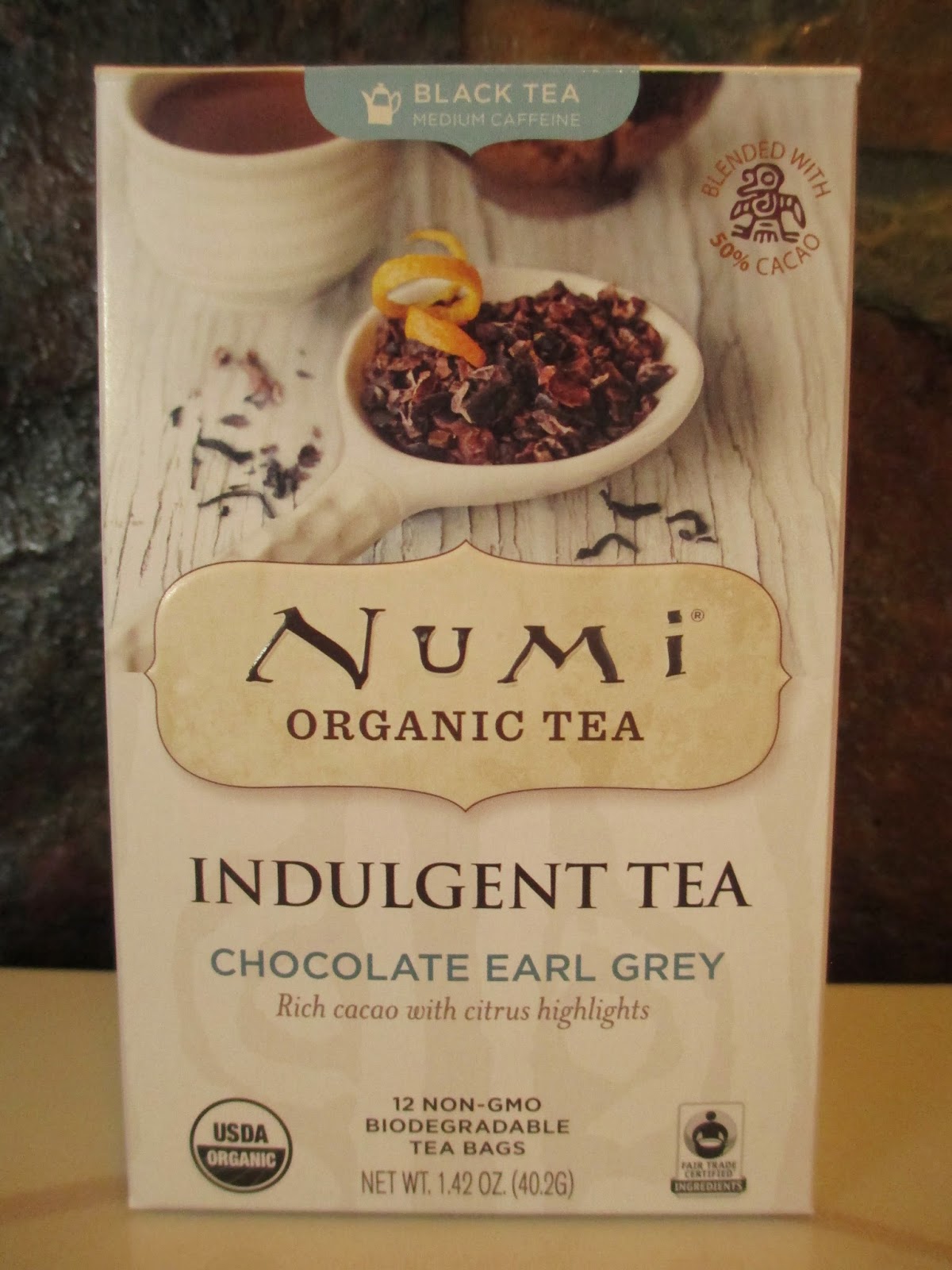 The thing is, the chocolate element is the same. It's cocoa powder, despite the picture of a spoonful of nibs on the box. So it has that exact same earthy, rich, almost bitter flavor as the pu-erh tea had. If you want more of a sweet chocolate tea, this may not be the one for you--unless you add in milk and sugar, I suppose. Though I'm anxious to try the chai tea version, I went for the Earl Grey first: I've had chocolate chai before but never chocolate Earl Grey. Honestly, though, Earl Grey isn't always my favorite tea, even though it's one of the most popular kinds--I prefer darjeeling. I tend to like citrus notes in perfume (though I can never distinguish them as such), but not always as a flavor. And I don't tend to like citrus chocolates much.

With that said, I quickly finished off the twelve tea bags in this box. Besides the cocoa powder and black tea, the other elements are orange peel, vanilla beans, and bergamot oil. If this particular, earthy chocolate flavor is new to you, it's possible for the citrus to fade behind the chocolate, especially if you add milk. It also turns bitter if you overbrew, though a long brewing (I find) works well for the chocolate side. So you kind of have to experiment to see what brew time you like best. 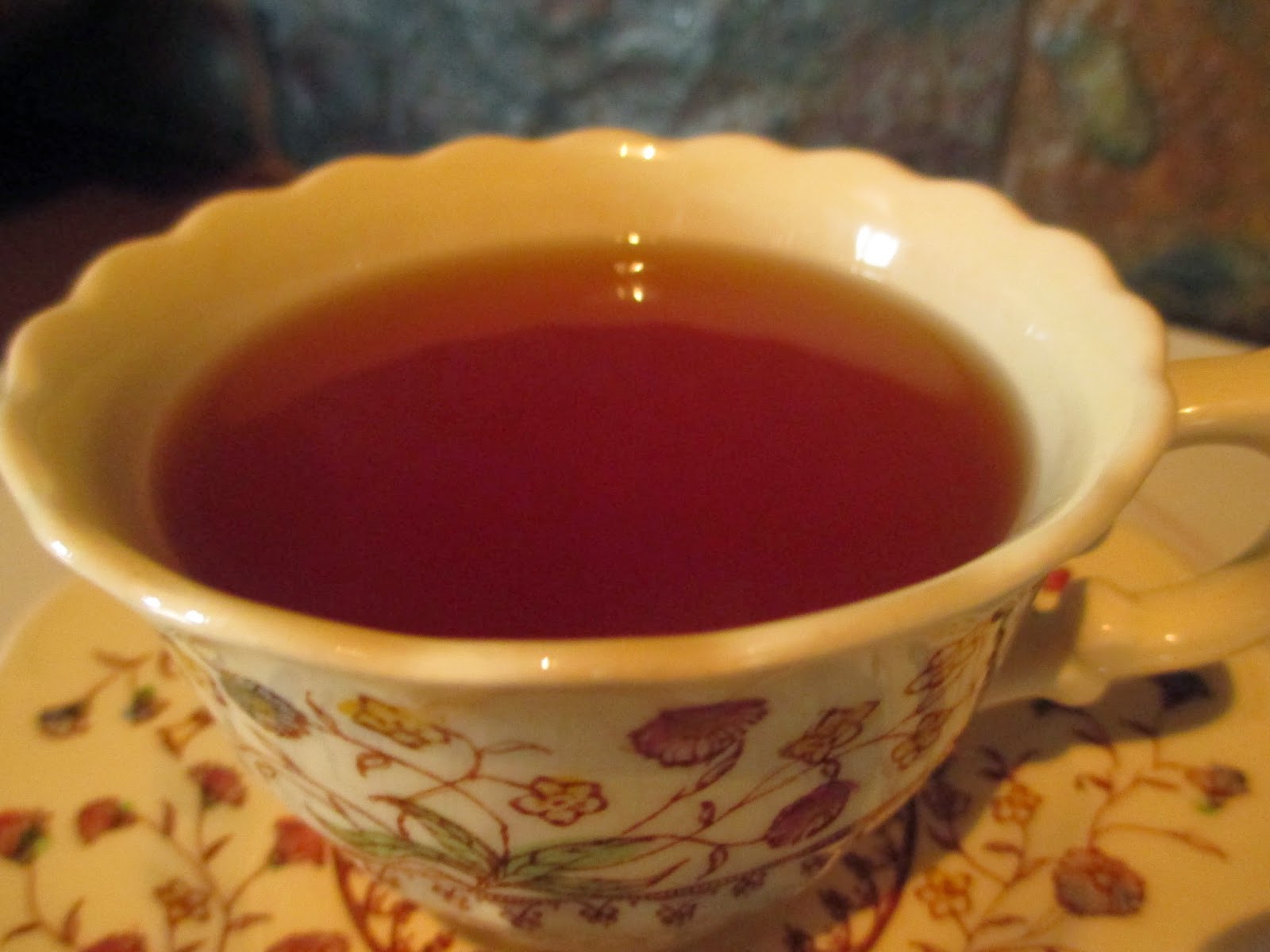 While I'm not completely convinced that the chocolate and bergamot were buddies, I suppose the citrus notes do add a little pop of color and fruitiness that can brighten up what is a fairly deep sort of tea. I only add (almond) milk to a few teas, but I did find that this was one of the kind I prefer with just a splash to help coax out the creamier flavors. It's that hot chocolate effect that's irresistible to try and lightly imitate. I completely forgot to try it with sweetener, but that's just as well: I never sweeten tea. While I probably wouldn't specifically buy the Chocolate Earl Grey again, I definitely want to try more of the Indulgent Tea range. Numi is a generally good brand (all of the ingredients in here are organic and the tea and cocoa powder are also fair trade), and they've found a way to handle chocolate tea that does not give either an artificial or cloyingly sweet flavor. And that is something to recognize.

Posted by Deanna Skaggs at 9:07 PM