I decided some time ago that I would wait until all three Hobbit movies came out on DVD so I could buy them as a set; it's been a long wait. What's been harder than not watching the movies, though, has been waiting for the behind the scenes. I do love behind the scenes. But I have had all the lovely Chronicles books from Weta to take care of certain aspects of production. For the areas that those books don't cover, the movie guides fill in some more details. 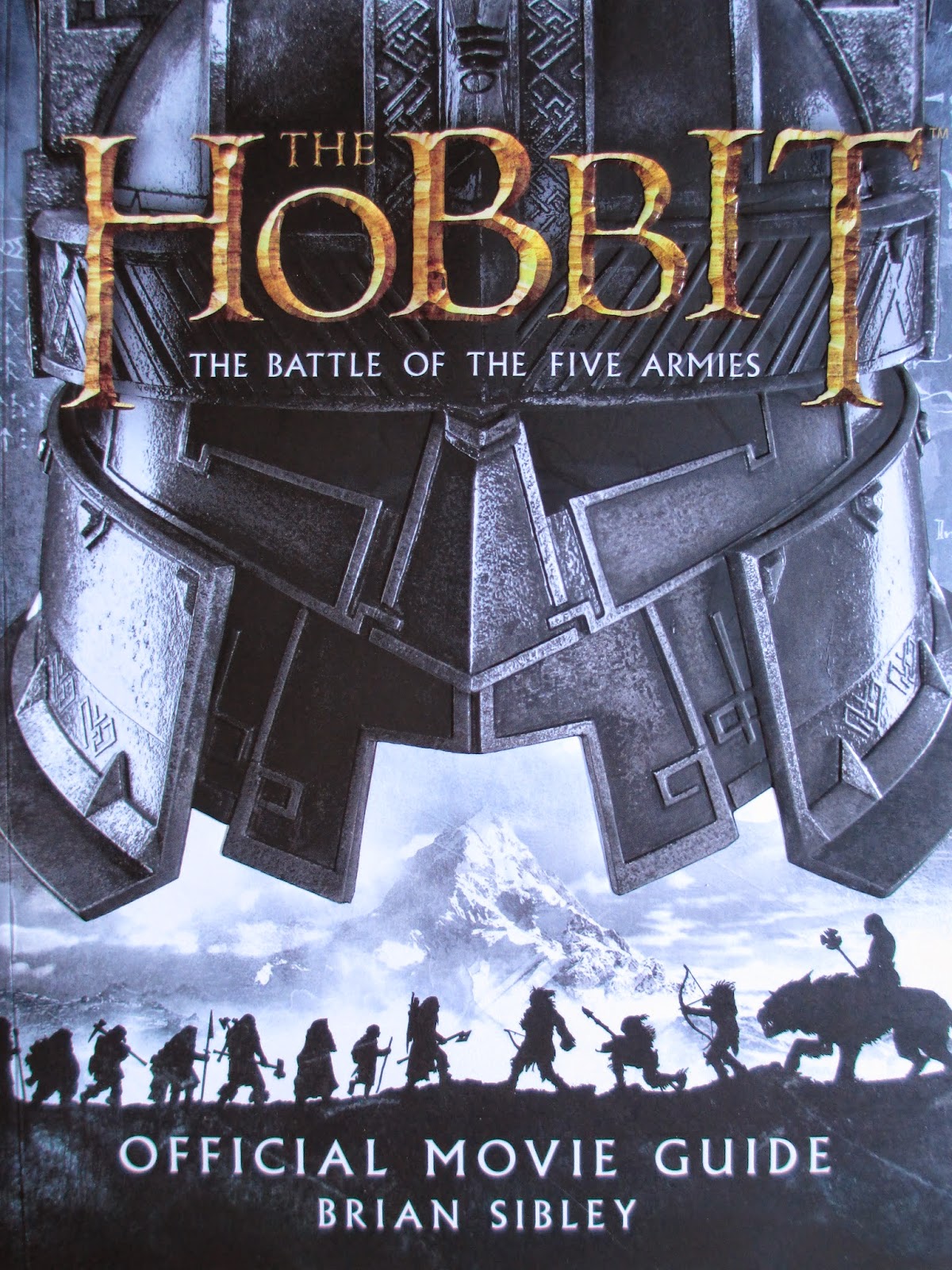 I feel like I've been reading the movie guide for The Battle of the Five Armies for a very long time. Though it isn't long, I've just had to keep pausing in it for many and various reasons. Glad, then, it is that the book is divided into many, many short sections, most of which are only two pages. For being such a brief book, it covers a lot of ground. We hear about so many of the different crew members and what their roles have been, along with stories from the actors. Although there is only so much space for each person or each department, there is a good amount to read for the amount of space that's available. Much of the material comes in direct quotes, which I always appreciate.

Given that so many of the characters and sets are the same for The Battle of the Five Armies, I do begin to wonder how much more they all have to say. (Yes, this book does cover aspects of the first two movies, as well--but there is still plenty of material specific to the last installment.) Apparently there is still more to talk about. There are things I hadn't so much thought about, like the location of Ravenhill and all of the planning and mapping required for a battle. There is also some more discussion about characters and their motives and the fulfillment of their journeys. Brian Sibley has put together some nice settings for the movie material by describing the stories that Tolkien tells and pairing that information alongside the plot and characters of the movie.

This book has really made me excited for those DVD special features. It won't be too much longer now. In the meantime, I have the next Chronicles book waiting for me--after a short break from hobbits, that is.

Labels: Brian Sibley, movie companion, The Battle of the Five Armies, The Hobbit