The Zoo at the Edge of the World

Between the ages of twelve and nineteen, you don't much like to go into the children's section at the bookstore. You like to declare that you are no longer a child, that you are reading other things. And then you get older and decide that you'll read whatever you care to whenever you care to. You realize, as C.S. Lewis used to say, that age groups matter very little. I still, however, sometimes feel odd quietly walking over to the children's section, usually on a mission for a specific title--yet it's always worth it. 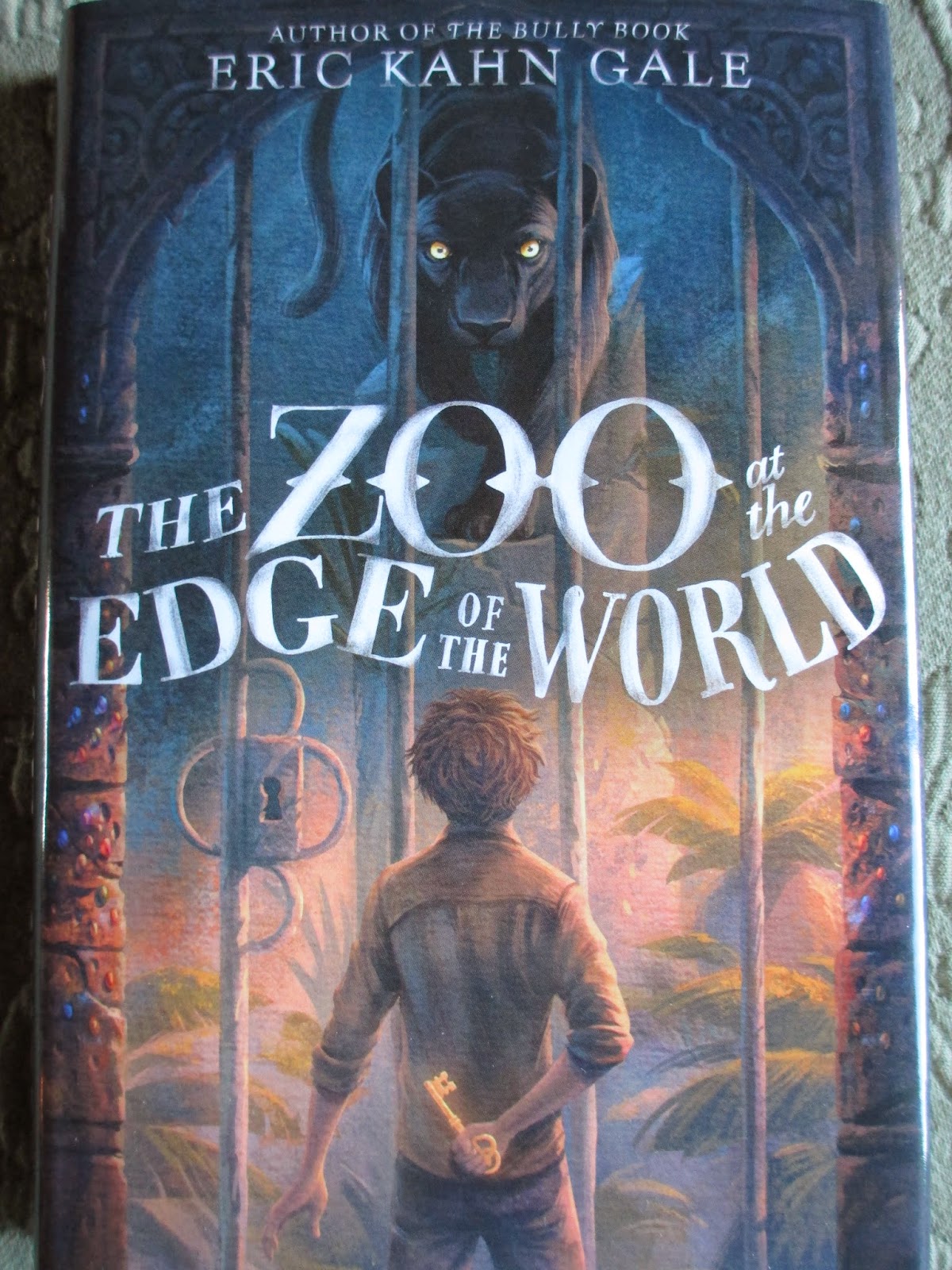 Eric Kahn Gale should be a familiar name to anyone who watches/keeps up with Team Starkid's productions. His first book was The Bully Book, which I read first as an ebook before it came out in print. That book was touching in its portrayal of social systems, outcasts, and bullying. This next book is completely different and yet still along similar lines.

The Zoo at the Edge of the World (described as being for ages 8-12) is about a boy whose father is an explorer who has started a zoo in South America to show people not to fear the wild. This setting is unique, with a touch of adventure, a touch of fantasy, a touch of historical. I think of this place and it's unlike anywhere else; it sparks my imagination just by its very name. The plot of the book follows suit: it's entertaining, with some suspense and some mystery and some good old fun.

And then there are the themes. What makes The Zoo at the Edge of the World most like The Bully Book is the theme of the outsider. Though he has his father's respect and gets along well with the animals at the zoo, no one else (not even his brother) understands or heeds Marlin. He has to deal with making his own choices without really being accepted or cared about--he has to figure out how, despite the trouble he faces, he can make his impact on the world he lives in. Marlin is a stutterer who cannot communicate with people, only with animals--that is his bane and that is what enables him to rise above the things that hold other, more capable people (even his own father) down. Thematically, this book rises high. You can look at it as an ethical commentary about the treatment of animals or industrialization of land. You can take out themes of greed, fear, revenge, acceptance, and courage.

I was steeped in Beowulf when I read The Bully Book, so I kept making comparisons to Grendel there. Now The Zoo at the Edge of the World reminds me of Heart of Darkness, that beautifully written book about journeying deep into man's journey in the world and discovering his capacity for all sorts of emotions and actions throughout his life. Come to think of it, Marlin sounds a lot like Marlow, doesn't it?

Labels: Eric Kahn Gale, The Zoo at the Edge of the World