So, um, you can kind of already tell that this is going to be a quick read (quicker than most movie companions, that is) because the author's name (Kate Egan) isn't even on the cover or spine. Maybe also from the fact that I was expecting to find it in the section in the bookstore where the other movie books are kept--and instead it was in the teen section next to the Divergent books. While it does make sense to group things by subject matter instead of just genre, it didn't take long to find that this book is targeted at a certain audience--despite the fact that I like Divergent and I am not in that particular audience. 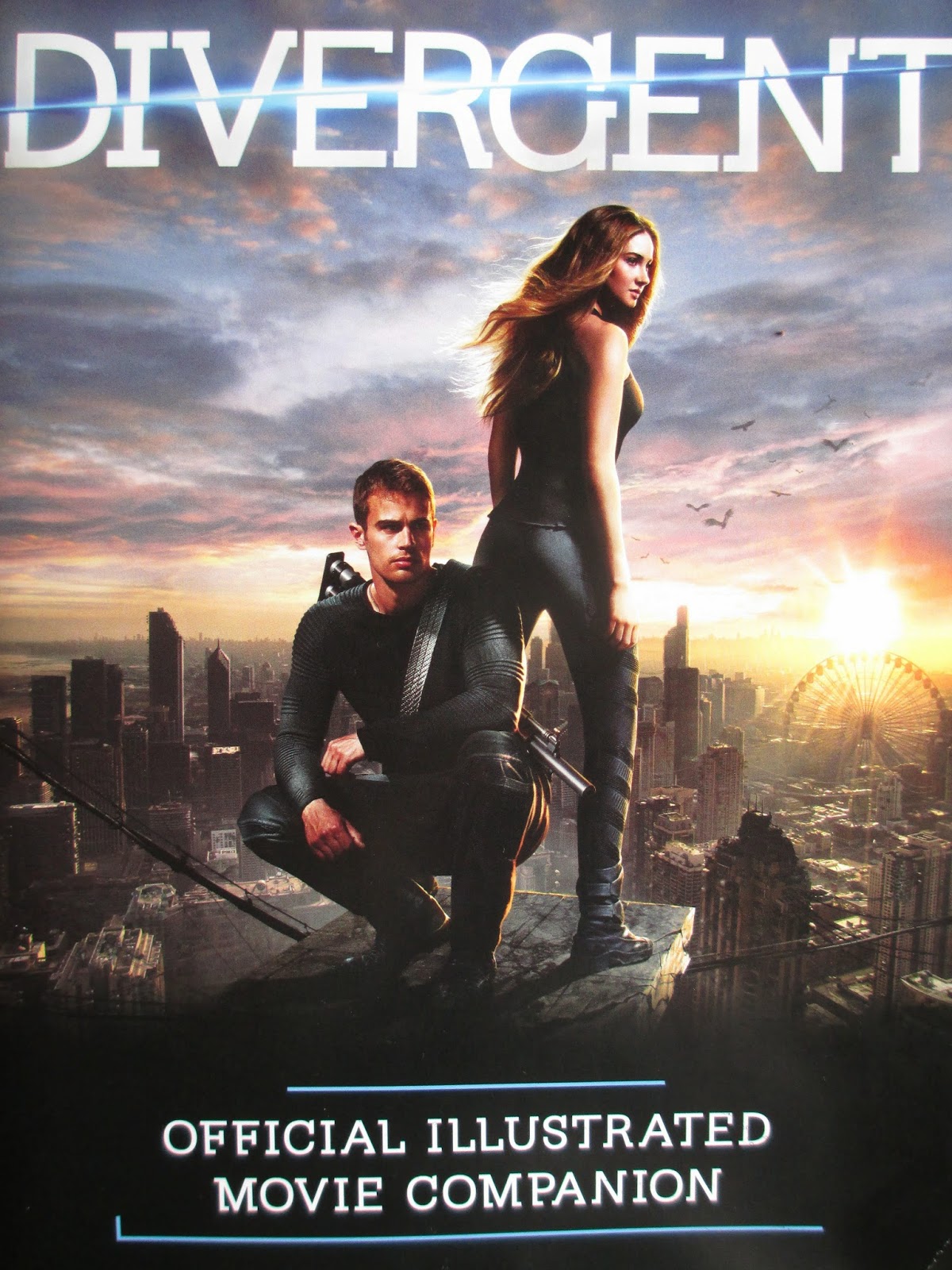 My first movie companion was for The Lion, the Witch, and the Wardrobe; I was fourteen, and I was not overwhelmed by it. While I realize that there are more details to go over for a movie like that than for this one, I'm not just referring to the degree of detail--I'm talking about the way a movie companion is written. I find the Divergent companion a tad simplistic. Maybe even patronizing at times--in the way it's written. While I realize that the intention may be to make it an easier read for people who have never read a movie companion or are still a little young, I don't think this approach achieves anything. If they're teens (as I was when I first started on movie books), they'll get the hang of it easily. And if they happen to be younger and maybe the text has a little too much detail, well, they can just read as much as they want to and leave the rest be--it isn't necessary to dumb it down for the rest of us who really want to hear about how the movie was made. After all, it's a movie companion--not a visual companion. Visual companions are about pictures; movie companions need more text. And I don't like the font of the main text in this book, either.

I don't know. I've probably exaggerated my point. I'm almost ready to just erase the previous paragraph because, contrary to my seemingly black negativity, I am glad I got this book.

The details may be sparse and the tone simple, but I still learned a little. There are, at least, still plenty of quotes from the cast and crew--those tend to be the best part. It adds something to hear what an actor thinks of his character, or what someone on the crew finds compelling about the story. And behind the scenes pictures are always nice to have. I think my favorite sections were on the sets, costumes, and makeup. I've become so accustomed (with, say, The Hobbit) to films using sets and costumes in a thematic way--and even though this was kind of a mainstream action-type movie, that same concept holds. Characters blend with their environments and subtle differences in the way similarly-dressed characters look can give indications about their past and their choices.