It's been a busy weekend, I guess. I keep meaning to put up this quick post, but the days keep finishing so quickly and then I'm too tired to bother. I guess it's just been such nice weather (sunny, after too many days of clouds) to want to do much indoors, at a computer. But here it is at last.

Moving on through Numi's range of Indulgent Teas, I've come to the Chocolate Spice variety--which is basically a chocolate chai. It has cocoa powder, black tea, cinnamon, ginger, cardamom, cloves, nutmeg, and star anise. The tea bags smelled too much of anise to me--but I guess that was an unfair, premature observation. 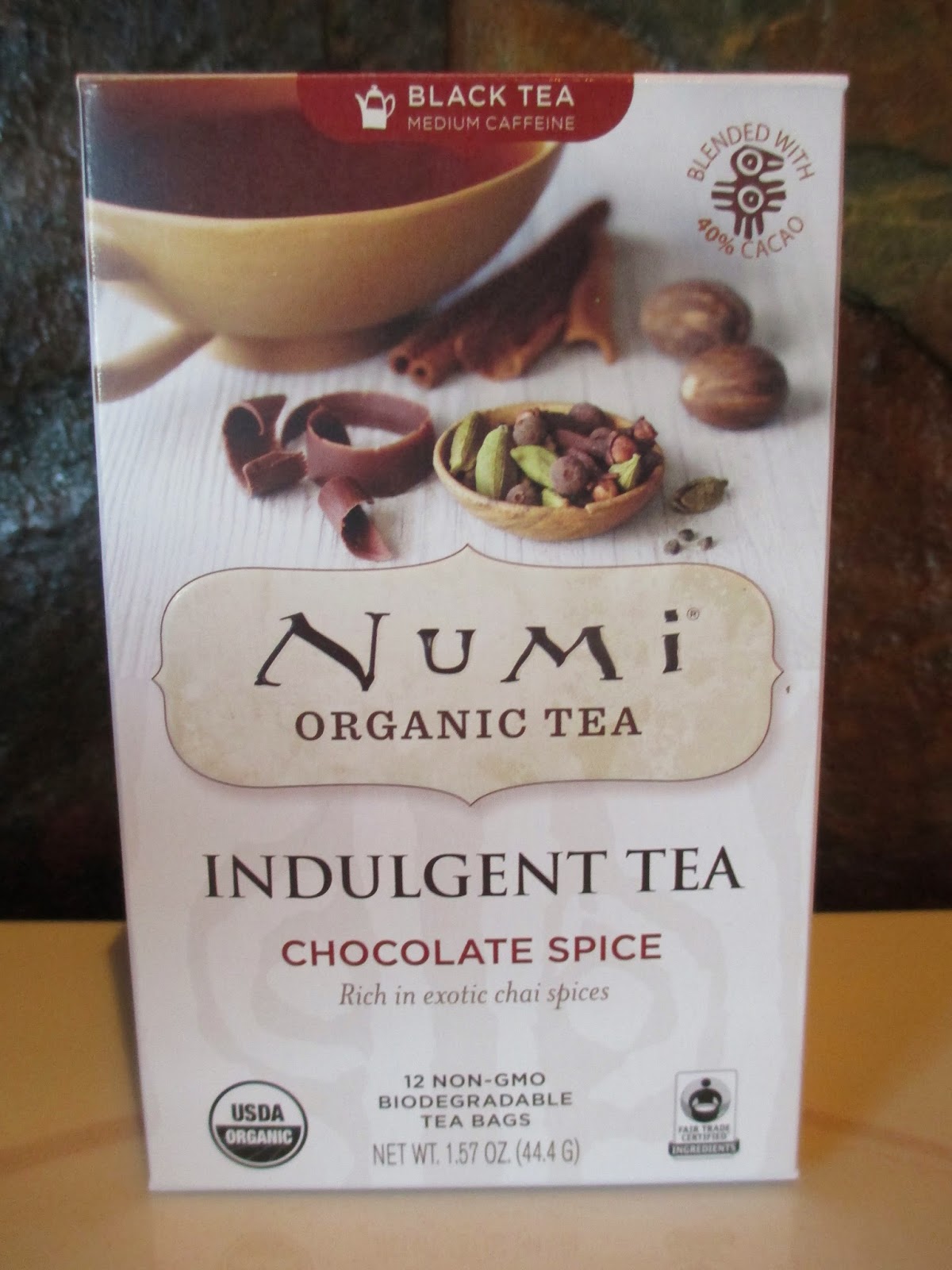 You have to brew chai tea for a long time and make it with milk (or, you know, almond milk). The box says six to eight minutes, so definitely don't go less than that, otherwise the flavors don't settle in. Thankfully, anise isn't the star flavor in the taste: the cinnamon, cardamom, ginger, and cloves also come through. The thing is, there isn't very much chocolate left behind all those other strong flavors. The milk does give a feeling of sweetness that almost gives the illusion of being able to taste chocolate, but really it's a very mild flavor. More than recognizable chocolate taste I think you get more of that earthy texture of flavor instead. 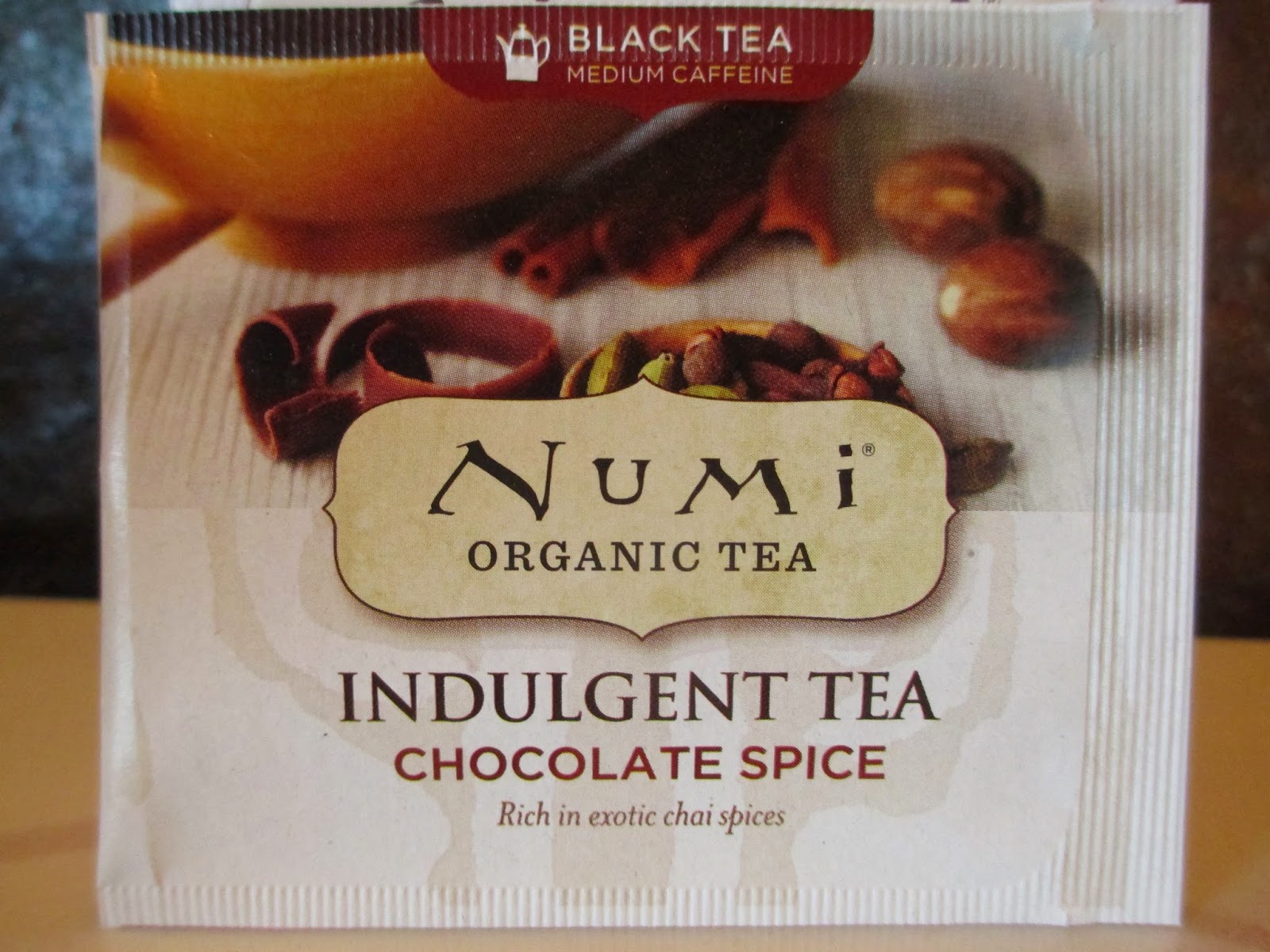 So it all depends how you label it. I've just finished my box (12 tea bags isn't very many), and I enjoyed it--definitely more than the Chocolate Earl Grey. But I don't feel like I got much of a chocolate tea experience. And isn't that what this line is supposed to be about? It's good tea--but I'm not sure there's anything particular that will make me want to specifically set out to buy it again.