You know that effect everyone talks about, where all the things you're reading in different classes (no matter how different they are) suddenly converge and seem like they're all expressing the same exact theme and message? Well, I've been having that experience lately despite being some time out of college.

I watched Swept from the Sea (which is based on Joseph Conrad's story "Amy Foster," which I really need to read) and Divergent and certain things about them seemed so similar in my head that at one point I was thinking of a quote that I literally couldn't remember if it had come from one movie or the other. I read the Divergent trilogy. I listened to "Beating Heart" and then bought the Deluxe Edition of Ellie Goulding's Halcyon Days and somehow ended up listening to it in tandem with Fireflight's two new singles from their upcoming album, Innova--and the sound of everything was coming together. I went to Picacho Peak (State Park) and reread parts of The Host (which takes place in that area). And I read Lacey Sturm's autobiography, The Reason (she was the singer in Flyleaf before she stepped down). And it is all converging into this one theme and I can't separate any of it because I'm just seeing connections everywhere, in these things and everywhere I look. 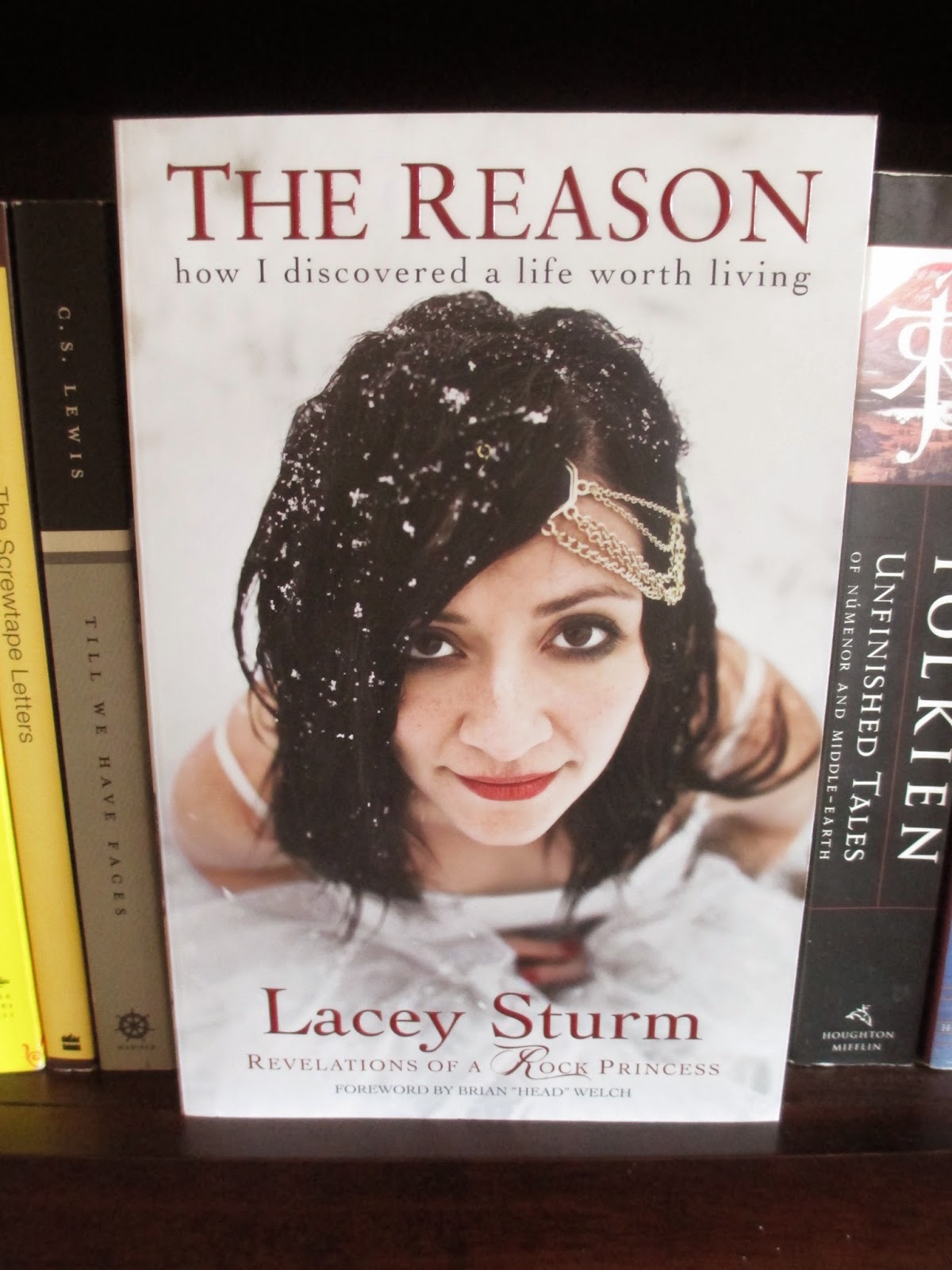 Though this book came out towards the end of last year, I didn't hear about it until January. I already knew a little of Lacey's story, but given how much I love Flyleaf, I really wanted to read her book. At the same time, I think this book was what I was expecting and something a little more. Before I get into that, though, I just want to take a moment to appreciate Jordan Clarke's illustrations: they add just the right touch and perfectly express what is on the page.

Coming in, I had thought it was more of an autobiography. It is--but not entirely. Lacey gives out the most details for the early days of her life, then she focuses more on a thematic journey through the following years, giving descriptions of certain important moments. So I think if you want it to be an autobiography as in a detailed account of every stage of her life and everything she's done, then you won't be getting that. Her focus is more on the theme of her life--just like Flyleaf's music, in fact.

It's the story of going from rebellion and obsession with darkness to discovering the light. That in itself is powerful, as is Lacey's deep commitment to telling this story. For me personally, I think there were two things that stood out to me most. First is Lacey's love of people. It's easy to say that you care about people but then forget that the people around you at a store or class or work or hair salon or wherever you happen to be are these people--everyone you come across deserves your respect and your love and it's easy to stray from that, whether in making fun of a stranger's outfit behind their back or saying something rude or whatever it might be. That is no way to promote light.

The second thing was empowerment (you see my connection to Divergent now, right?). Maybe as a quieter, I'd-rather-stand-in-the-back-than-go-up-front type of person, this was something I really needed a reminder of. There is power in knowing that there is a God greater than you who watches over you and helps you in all that you do--alone, what can we do? But if we are not alone, then we need not fear or cower in the background; we can. We can live and we can do. Here is where you start playing Fireflight's "We Are Alive." Or if you'd rather stick to the Flyleaf theme, try "Fully Alive," "All Around Me," "New Horizons," and "Beautiful Bride." That last song played in my head quite a bit as I read: it's that feeling of unity. Let's not forget that unity.