Even though the two books have absolutely nothing to do with each other, Gayle Forman’s I Was Here reminded me of Gaspar de Alba’s Desert Blood. When you’re reading both of these books, there are passages that just make you sick to read, that make you feel sick for even wanting to read this as fiction and for someone to have written it as fiction. And then you get to the ending and it’s like the whole point of all of this being in a piece of fiction was to spread awareness about a certain issue, to make you feel sick so that you can help this fiction not happen in reality anymore. And I get that—but I still don’t like it. 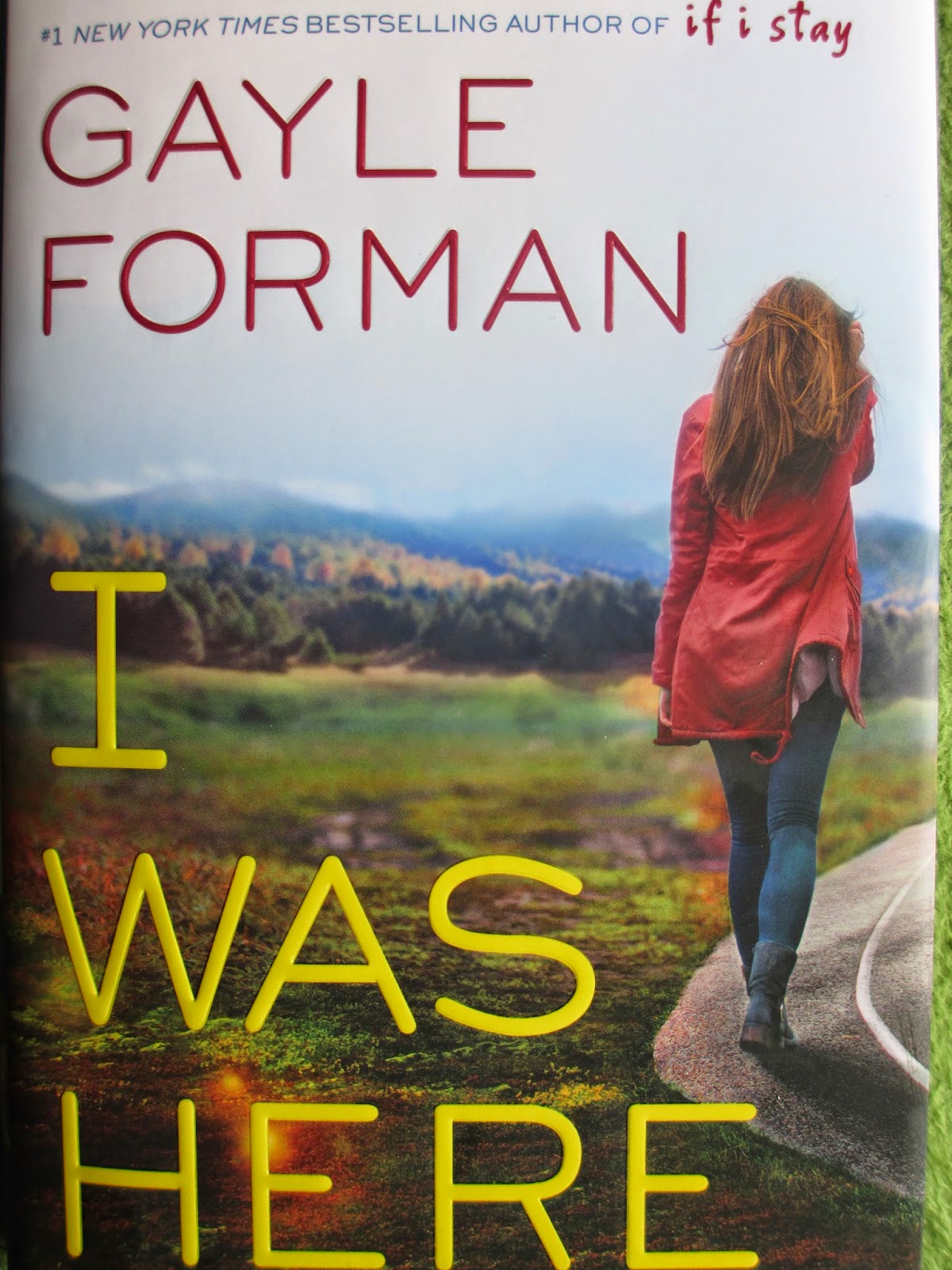 This is no more than what the book jacket says, so I’m not really giving spoilers. Anyone who follows Gayle Forman but hasn’t had a chance to read I Was Here yet knows it’s about a girl (well, she’s recently graduated high school) whose friend commits suicide; the book is the aftermath. And there's so much in these pages that just made me sick to read: it’s sickening to think of people ending their own lives just because they don’t want to live and it’s sickening thinking of people encouraging them to do so. So I didn’t enjoy this book. I tried to finish it as quickly as possible so that it wouldn’t drag out too long—I didn’t want to start getting depressed myself.

And then that leaves me wondering what I even thought of it as a book. Maybe Gayle Forman was trying to do something different here and I by no means object to an author doing different things in different books, but I think of her books as the short reads I go to mainly for entertainment. There are a lot of issues she tends to bring up along the way, but never so much as this, I think. I’m not saying that suicide isn’t an issue and shouldn’t be talked about. I’m just saying I’m not sure what I think about wrapping up a social issue into a novel.

It’s strange that I should say that, though, I who have often felt so at home with Victorian novels—they’re almost renowned for bringing social issues into fiction. Issues about social classes, the problems faced by the poor, hypocrisy, disabilities. And I don’t have a problem with that—is it just because they’re the problems of a different time than mine (which is in itself an odd thing to wonder because many of those issues still exist, in some form, today)? I don’t know.

What’s also strange is that, even though they’re very different writers, I sometimes think of Gayle Forman and Laura Wiess similarly (though Laura Wiess tends to focus on teenage girls, her books aren’t really considered YA). And last year Laura Wiess came out with Me Since You, which was also about a young woman who deals with someone close to her committing suicide. Except that book was more about a portrait of grief, a letter about traveling slowly toward accepting and moving on from what had happened. Though it was a sad book, I liked it, in a general way. So why am I having trouble with I Was Here? Maybe it’s because this book got more into the reasons why people take their lives, versus just focusing on grief at loss—maybe that’s what was harder. Maybe it’s because I’ve been reading too many sad things lately that my head’s trying to avoid turning morbid. Or maybe it’s because I didn’t feel like there was enough hope in the way that this book ends. As Cody tries to figure out why her friend didn’t want to live anymore, she also has to overcome that tiny part of herself that doesn’t want to keep struggling, and she succeeds. But I didn’t feel as much power in her realization of staying with life as I wanted; I wanted more. After the dark places where this book went, I wanted a fuller and more complete ending . . . otherwise I’m not sure what the point was (in a literary sense) in the characters and the readers being sad about Meg’s death.

Or maybe my distaste had only so much to do with the suicide aspect. Maybe I'm also wondering if Gayle Forman has been writing too many books too quickly. I'm beginning to recognize her character types, and that pulls me out of the realm of fiction. The rough around the edges guys who sleep around until suddenly they fall in love with the main character, who usually hasn't slept with anyone but is quick to with this guy. I'm getting tired of that construct. It also didn't help that Cody kept complaining about her small town: I understand her complaints, but the town itself isn't the problem in her life and as a small town, I wanted some reconciliation with that aspect of her life in order for her to feel like she had made any kind of personal journey. She doesn't need to like the town or stay in it; she just has to reconcile that hatred.

For the thousandth time, I don't know. I just hope that I enjoy Gayle Forman's next book more--or I might stop reading the new ones.

Posted by Deanna Skaggs at 3:48 PM

Labels: Gayle Forman, I Was Here