1) Golden Pigeon - There are now four pigeons perched above my bookcase, three metal and one wood. This newest one has just a hint of gold to it. 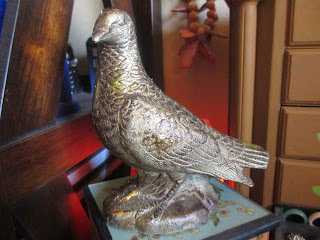 2) Flag Socks - I kind of love seeing the American flag around, so if I at all like any of the products made with its design, I do like to get them. The only disappointing thing was that I hadn't realized that one of these socks has the stars and the other has the stripes: I would have preferred each one to have both. 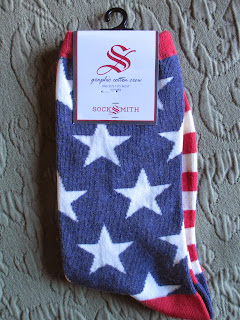 3) Frog Notebook - My latest addition to my notebook collection is this one with the dapper frog on the front; he reminds me of Mr. Toad from The Wind in the Willows. 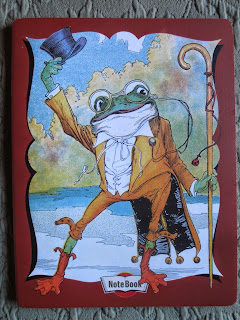 4) Pie Town Soap Co. Victorian Charm Soap - I haven't put any soaps on these lists in a while. The last scent I used was Victorian Charm, which has vanilla, rose, and cedar. The vanilla and rose give it a pretty and feminine aroma while the cedar gives it a woodsy and more masculine edge. 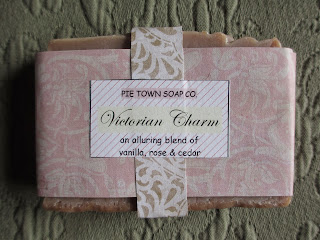 5) Illustrated The Lord of the Rings Set - I happened upon this set in an antique store and since I have the illustrated Silmarillion, well, I had to get these, too. It was about time. Oh, how nice it is to finally have these in my possession so that I can go over the pictures in person and at leisure. 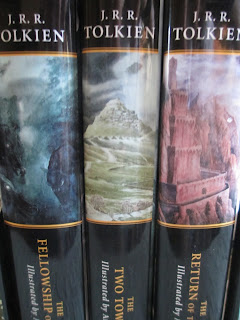 6) Betsey Johnson Alligator Necklace - I'd been wanting some Betsey Johnson jewelry for a while now, but was having trouble deciding on the right item. You see, I'm already the kind of person who tends to look often as much as seven years younger than I am (nice when you're in your forties but slightly awkward when you're in your twenties), so wearing a big cat or fairy necklace wouldn't exactly help to establish that I'm not in my teens. So this reptile was just right for me: the alligator itself is fairly big but not too blingy (as far as Betsey Johnson is concerned) and the chain is plain. And I do love reptiles and green as accents to my outfits. 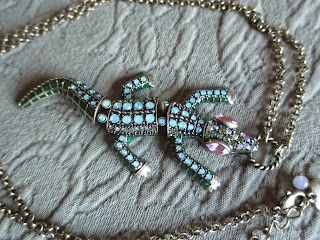 7) Bird Notepad - These birds aren't pigeons, but they were close enough that, well, I couldn't resist. I'm sort of pretending that they are pigeons. And I'm also trying to convince myself that it's okay to write on this notepad. 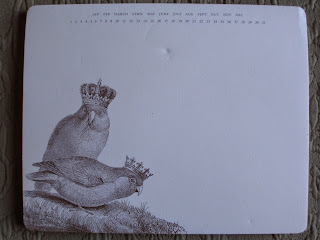 8) Arizona Necklace - Just as I love seeing the American flag, I also love Arizona products. So a necklace in the shape of the state with a saguaro in the middle was just the thing for me. It's from an antique store, so I've no idea where it originally came from. 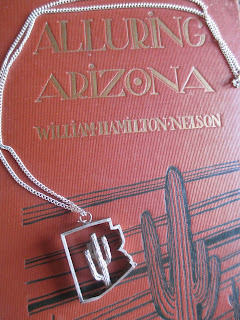 9) Wives and Daughters - I watched Cranford a year or two ago, so now it was time for Wives and Daughters. This is a good story and made for a nice four-part miniseries to watch over a couple of days. Definitely refreshing if you're tired of watching five hundred movies based on Great Expectations, Oliver Twist, and Pride and Prejudice. I haven't actually gotten around to reading Wives and Daughters yet (I've read Elizabeth Gaskell's Cranford and Ruth, though) since it's rather long, but perhaps later this year I'll finally break into it (I do own a copy already). 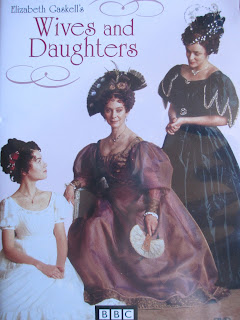 10) Chi Pro Low EMF Hairdryer - One more random item. I think we all know by now that microwaves are bad for you--I don't use them. But what I hadn't realized was that hairdryers are also pretty bad (I thought it was only the noise that was harmful). My friend was telling me about how Low EMF hairdryers are better, so I nabbed one from CHI when they were on sale at Ulta. Though my inexpensive Conair hairdryer was very reliable and trustworthy, it's quite interesting to now have my first pricier hairdryer. It's quite quiet and yet still has power to it and seems to dry my hair just as well. 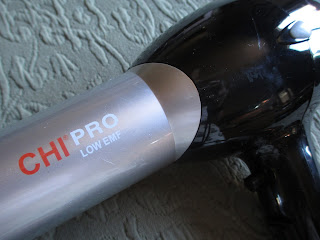