1) Star Wars Jewelry by Her Universe - It was actually the High Commander Cardigan I had my eye on, but while I waited for them to restock it in my size (now it isn't available in any sizes, and I really want it), I started looking at other products and ordered a shirt and some jewelry to console myself. The Darth Vader Pendant Necklace was the expensive one, though it's quite small; I've been calling it my cameo (since I do have lots of antique and vintage cameos). Then there are the earrings with the symbol of Naboo and two charms, one for the Rebel Alliance and one for the Empire. For wearing, I put them on a thin, silver, snake chain from Hobby Lobby; I like that they're so subtle that they're almost unnoticeable--and even then, only people in the know will recognize them. 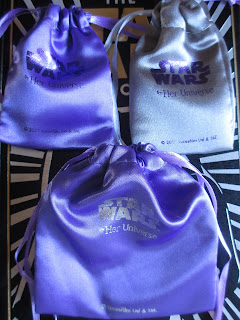 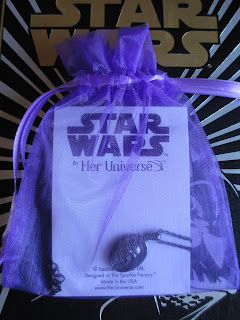 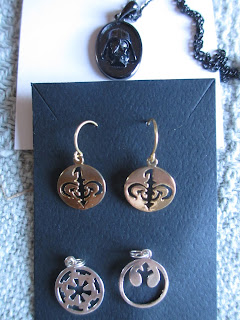 2) Zhena's Gypsy Tea in Vanilla Chai - Maybe summer isn't really the time for chai tea, but it's worked out rather well: at night, it makes for a lighter alternative to hot chocolate. I don't know if I get major vanilla flavor from it, but it's definitely a sweeter kind of chai; it's good. Oh, yes, and I've been thinking about tea lately. Most of the tea that I buy is both organic and fair trade, and so I started thinking that I should make it a point to continue buying tea that is one or both of these. Every so often I'll buy tea that isn't, and I should probably stop. I will make some exceptions: when I'm in San Diego next time, for instance, I'll want to buy some tea from Coral Tree Tea House and I don't think it's marked as anything. But in general, I'm going to make this a more conscious than accidental choice to choose organic/fair trade. 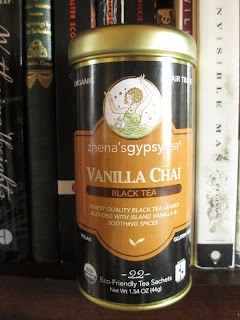 3) Dual Sunset Tatooine Tank by Her Universe - Here's the aforementioned shirt. I was waiting to buy it with the sweater, so all the x-smalls sold out, so I had to get a small instead. Since I'm short, I would have preferred the x-small, but the small fits fine; it's just longer and looser. The only disappointing thing was that the back of the shirt is black (the website doesn't mention this), which doesn't go at all with the sunset colors. I was able to make it okay, though, by wearing it with black shorts (black leggings will be good for when the weather cools down). Given that the image of the two suns setting is probably my favorite out of all the Star Wars films, I do really love this shirt. (Pardon the wrinkles on both shirts in today's post.) 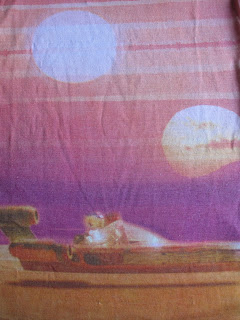 4) More Out of Africa - At Out of Africa, there is a safari ride that is included with admission: you ride through the Serengeti and see different animals up pretty close and you get a piece of celery to feed the giraffe. Most people use their hands, but the guide always puts it in his/her mouth and encourages everyone to do the same; they call it kissing the giraffe. And I was beginning to feel almost silly that I've never done it, so the last time I was there was the day to kiss Pilgrim the giraffe. 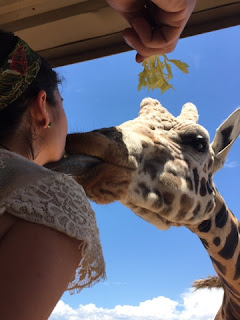 5) Lollia Perfumed Shower Gel in Wish Sugared Pastille - Wish is one of my favorite perfumes, along with Happ & Stahns Rose Alba. This shower gel smells exactly like the perfume, making it just lovely. (Side note: it doesn't really work as a shaving gel, which is often what I use shower gel for--in case you were wondering if it did.) I only wish the bottle opened better: it only has a screw top, which makes it a tad messy to open and close. 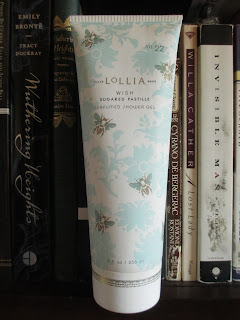 6) Star Wars: The Clone Wars - Did anyone else watch season 1 of Star Wars Rebels? It was pretty good, right? So I felt inspired to go back and watch The Clone Wars on Netflix; it maybe isn't as good (judging from season 1 only), but I think it's getting better and it does have some good moments and I'm quite enjoying it. I can see why people love Ahsoka, and I can't wait to see what exactly happened to her. 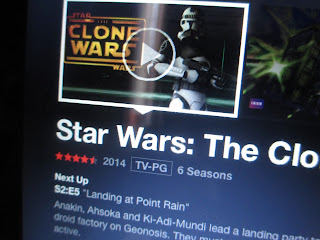 7) Queen Bee Shirt - Did you know that people are killing bees? So many of the things we use, pesticides and GMOs, are harmful to bees and will literally leave them dead all across the ground. Maybe you've heard all this before, but I hadn't really known it was so serious. Let's save the bees; really, the world is much better with them. I went on Zazzle and got this shirt: the design was already there, I just chose the Organic cotton t-shirt and the yellow color. Find one you like and wear it to help spread the word and think about the choices you make when you buy food, fabric, and plants. 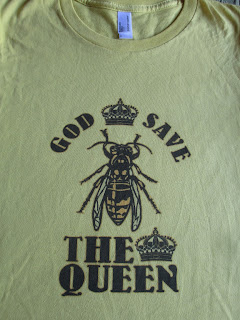 8) Classic Doctor Who - I've also been watching more old Doctor Who episodes again; I just have one more set of episodes with the Second Doctor, and I'm going to be really sad when he leaves. I'll post my thoughts soon after I finish these last episodes (by soon I mean in the next couple weeks). 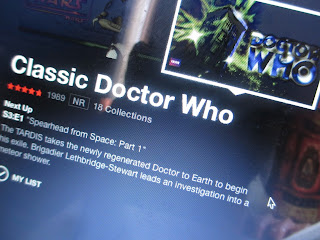 9) New Jeans - It had been five and a half years since I got a new pair of jeans (just some pants), and I've never had a pair this nice (the last ones I got were from Ross). I'm super excited, which is why I had to share them. These are from Anthropologie; they're the Arielle style from Citizens of Humanity.  And guess what? They're petite! That's right, the Anthropolgie where I usually go now sells petite sizes, and I am so excited about that. I was able to walk in and find a pair of jeans that actually fit, length and all. I can't describe how amazing that is. Maybe that's why I hadn't bought any jeans in a while: I was so tired of them fitting seven or eight inches too long. 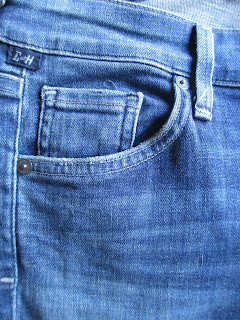 10) Painting - I like to paint in oil every so often and it had been a while. My venture back in was painting these three little bees. Just ignore the fact that I accidentally painted over one of their wings: I'm waiting until the background paint dries enough that I can paint the wings over it. 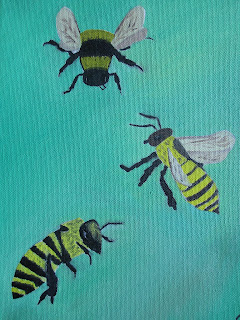 Posted by Deanna Skaggs at 2:04 PM