Around Halloween, the Desert Botanical Garden has their Strange Garden event a couple of nights. Now, if you're like me and you don't have kids that you'd want to take specifically to the event and you have membership so you usually try to avoid high traffic times, you can still get a taste of Strange Garden by going during the day around the time of the event (or even in the evening on a night near the event night). You will still get to see the wonderful pumpkin scenes this way.

I went during possibly the worst lighting time of the day, especially since I wasn't expecting to bump into the scenes right away in the Wildflower Trail (last year they were set up in another part of the garden that I walk through more on my way out instead of first thing).

First I found this delightful family playing with their child. 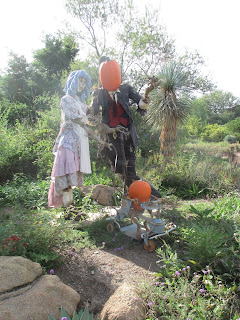 Then these pumpkins were doing some work in the field. 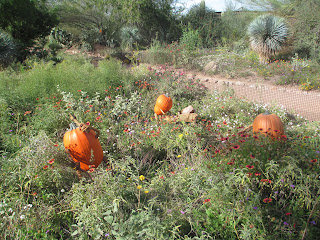 These were swinging from the palo verde branches.

And some more goofing off, skateboarding and biking and such. 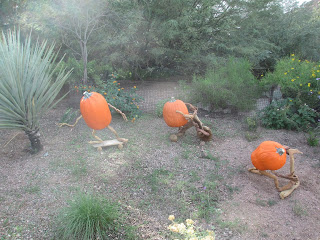 This one was just sitting and enjoying the peace of the garden. 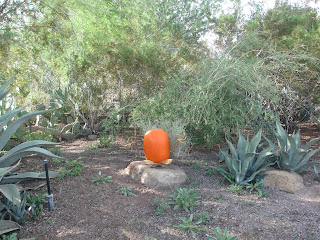 These two were on a hilltop enjoying the peace of each other's company beneath the teddy bear cholla. 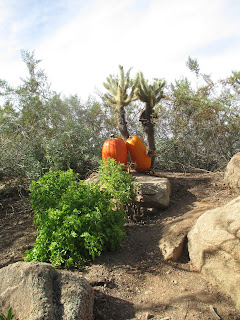 And behind some other cholla, I caught glimpses of a campsite. 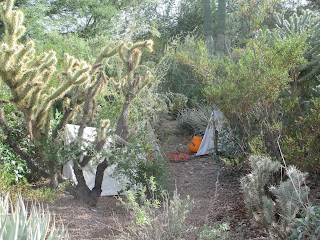 Then there was this one jumping rope in the bushes. 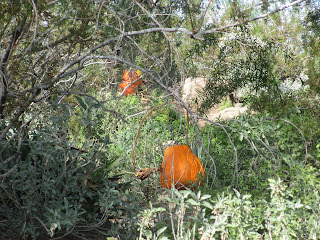 And these I think shoeing their horse (it's kind of hard to tell from the picture and I didn't stay to look at this one too long in person because there were other people nearby taking their time checking it out so I didn't want to get in their way). 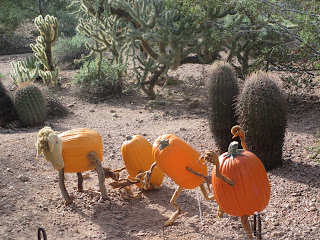 Even some mariachis playing tunes to the plants. 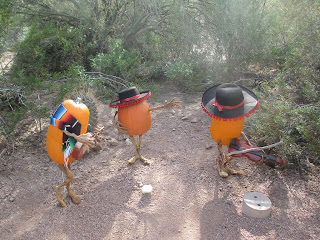 This girl with her ponytails was just wandering around waving her ribbon wand. 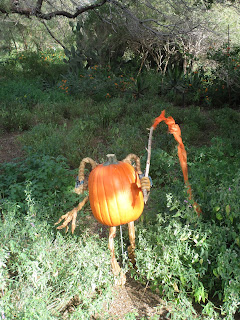 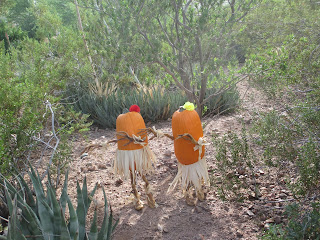 And the diver was diving into a little pool beneath. 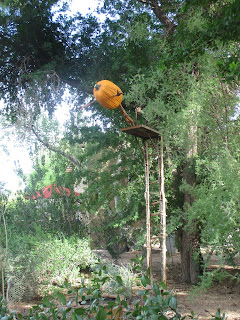 Not part of Strange Garden, yet still fitting with the theme, the Giant Starfish are in bloom right now. Yes, that flower is from the green sticks behind it (and you can even see some of the unopened, still forming flowers on the right side). They're one of my favorite flowers at the garden because of how amazing it is when they finally appear (most of the year you won't see the flowers, so they're a special treat to see). 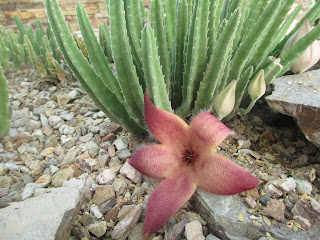 And then there were some eyes here and there on the prickly pear. 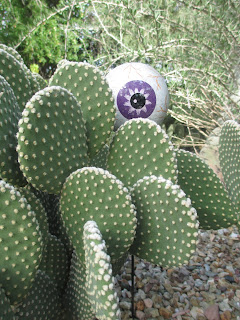 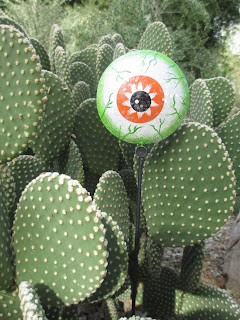 And on this guy, too. 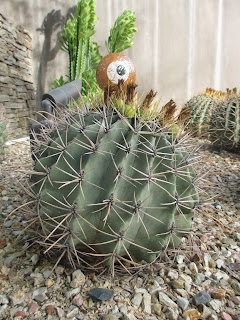 And again, not part of the extra theming, but I was excited to see these cactus in bloom, too. They're also one of my favorites (I mean, look at the great shapes they make on the ground) and I usually only see them in bloom in spring. We've just been getting so much rain lately that all the plants are rejoicing. 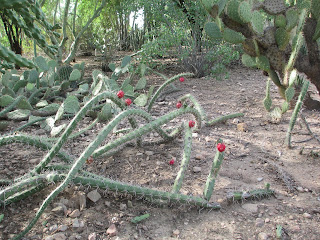 And here are some pretty green sticks growing around a palo verde. Lovely, aren't they? 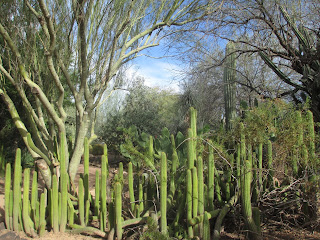 One more Starfish to finish it off. You can't tell from the picture, but this one was huge, much larger than the others that I usually see. If you're familiar with the garden, this one was over by the Patio Cafe; maybe because I walk there less often, I hadn't even realized that this plant was over there, too. (Well, they do also move some plants around, so it's possible that it hasn't always been there, but it looks pretty settled to me, don't you think?) And it's so far from its plant that it's even more amazing to think of from where it's growing. 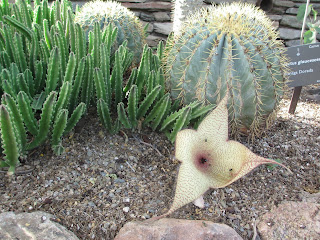 Posted by Deanna Skaggs at 5:23 PM