I have an okay relationship with Ghirardelli. Their chocolate is widely available and usually simple enough that it doesn't fail miserably. It isn't the best of the best, but a square of Twilight Delight or Midnight Reverie can be a welcome addition to the day. So I'm generally favorable to Ghirardelli, within certain bounds of expectations. 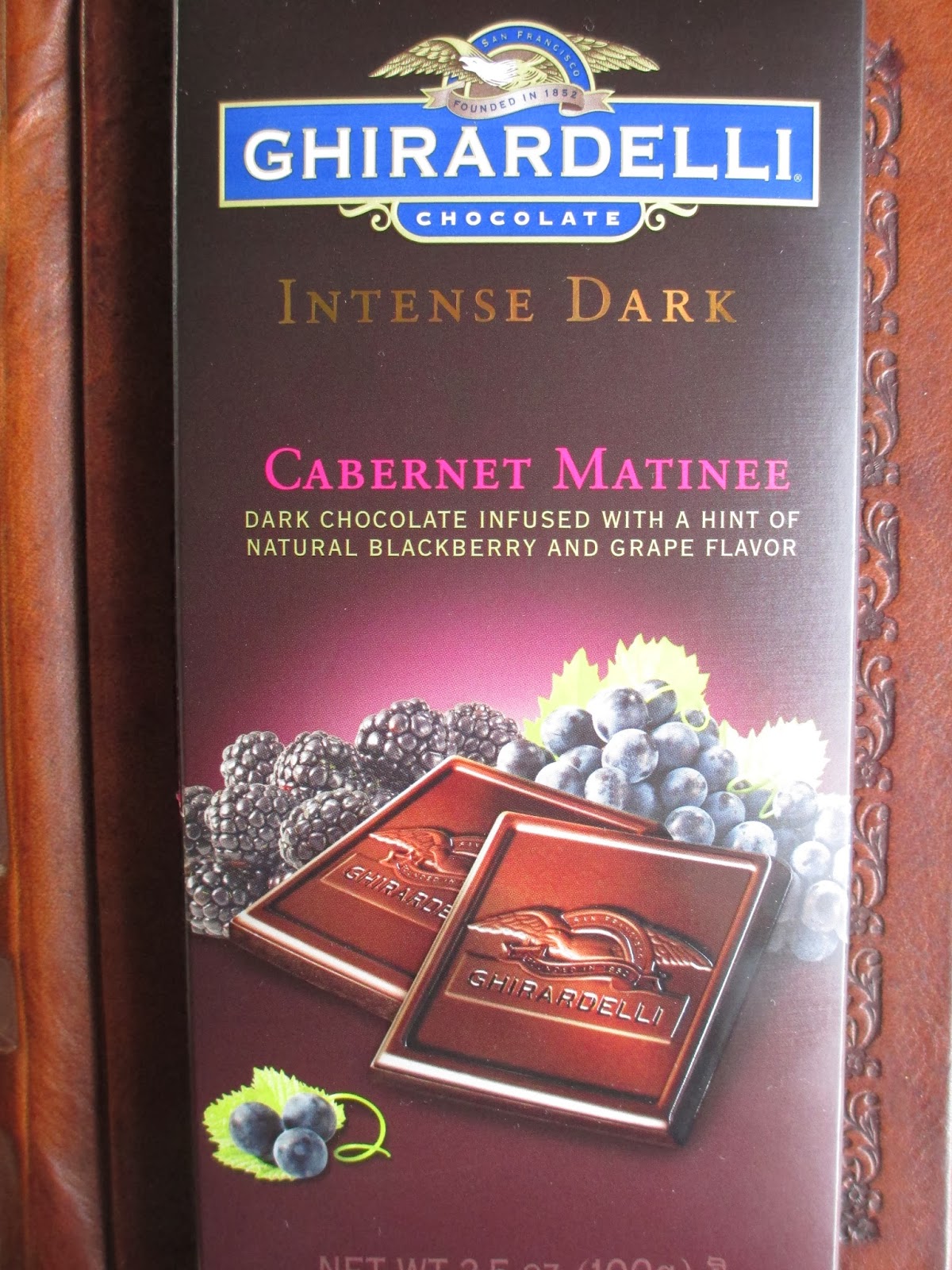 And then along came the new Cabernet Matinee bar. It looks interesting, right? Berries and grapes hint at a grown-up, wine-inspired flavor profile. The shade of purple on the card box does look a little dated for a new design, but I ignored that fact when I purchased the bar. It's Ghirardelli, I thought, the details don't matter so much if the chocolate is pleasant to eat. 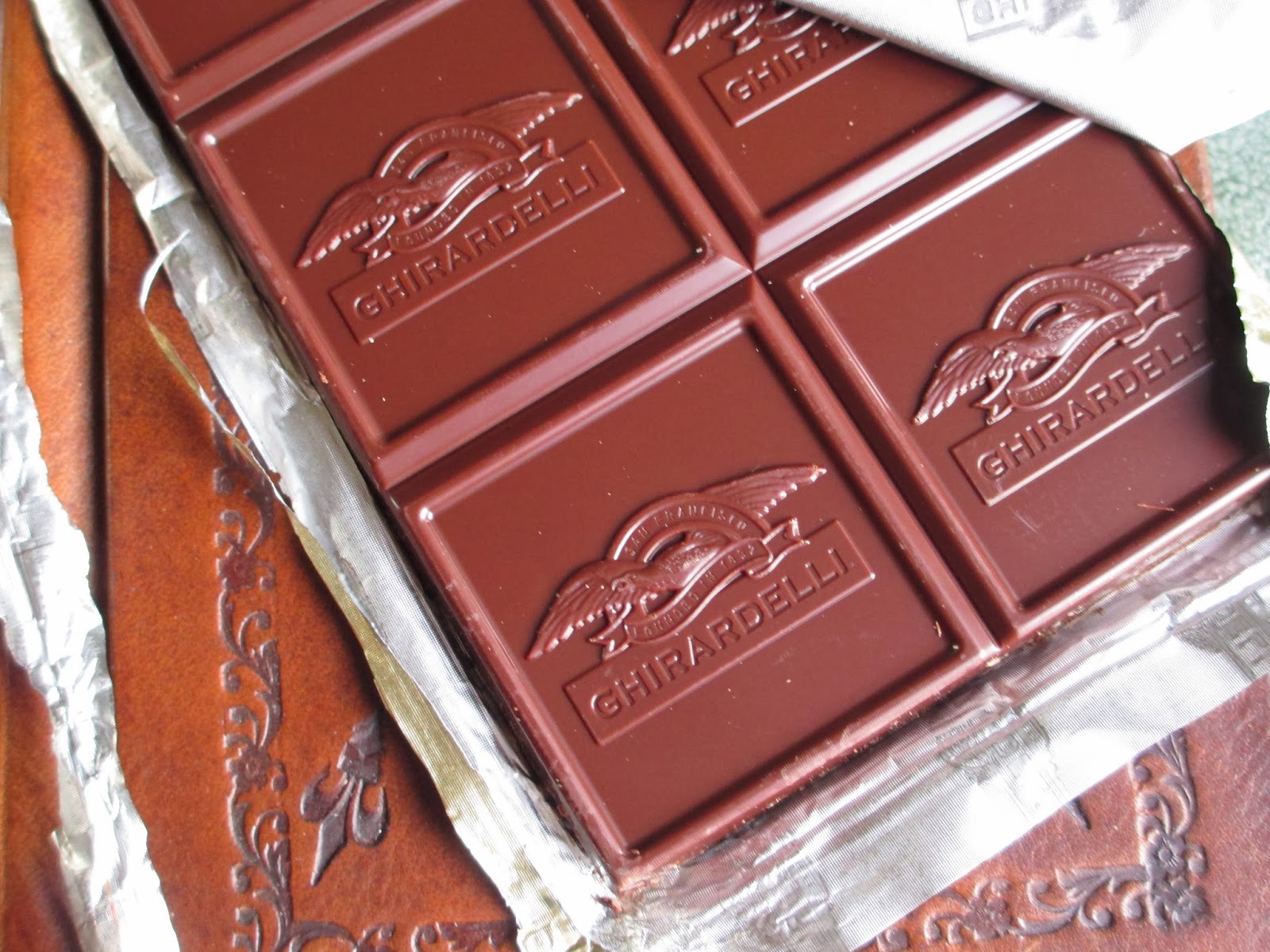 The thing is, once you tear open the foil wrapper, the Cabernet Matinee has a very strong aroma. It's sort of berry-like, but mostly reminds me of artificial grape. I left the open bar on a table in my room, then came back in later on and wondered what cheap, raspberry perfume I'd sprayed; it was just the chocolate, not any perfume. First bite, I thought essentially the same thing: gross. The flavor is very strong, more or less overpowering the chocolate. It tastes somewhat of berries and somewhat of grapes, but mostly of chalky, cheap, artificial fruit essence. Grape is, like watermelon, a delicate flavor to try and reproduce; it usually can't be done right. So I think that Ghirardelli would have been better off ditching the wine theme and just making this a berry bar. Maybe they could have blended blackberry with huckleberry? It would have been nice to have a straight berry bar that did not also have pieces of berries, as is more common. 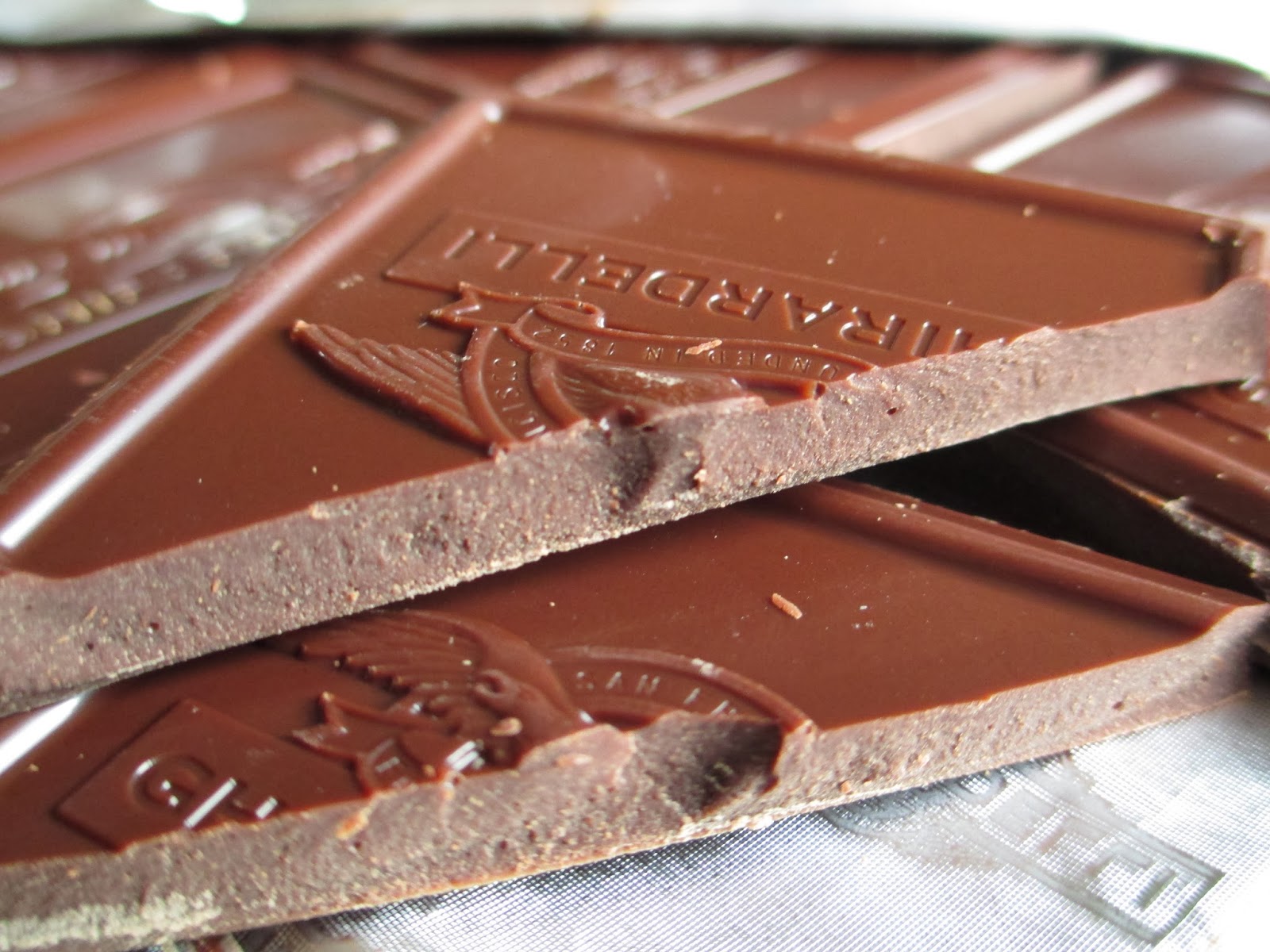 The ingredients just list "natural flavor," so perhaps this isn't artificial flavor I'm tasting. But whatever it is, it shouldn't taste artificial. True, once you get used to it, this chocolate starts to taste better. Halfway through one square, I'm starting to think it's okay. But I'm also reluctant to eat any more. Despite this bar being part of the Intense Dark line (with no mention of cocoa percentage), it feels sweet instead of rich. I thought this was going to be a sophisticated bar. Did I set my expectations too high for Ghirardelli to follow?
Posted by Deanna Skaggs at 2:50 PM