As exciting as the release of Weta's Chronicles series for The Hobbit has been, it has taken me this long to finally read the first book, page per page. I flipped through it before, but it seemed such a dense book that I couldn't get to it when I was still in school and even took a few extra months after graduating. Now, at last, I have moved through the first of the three books; I think perhaps I will take a break before moving on to the second. 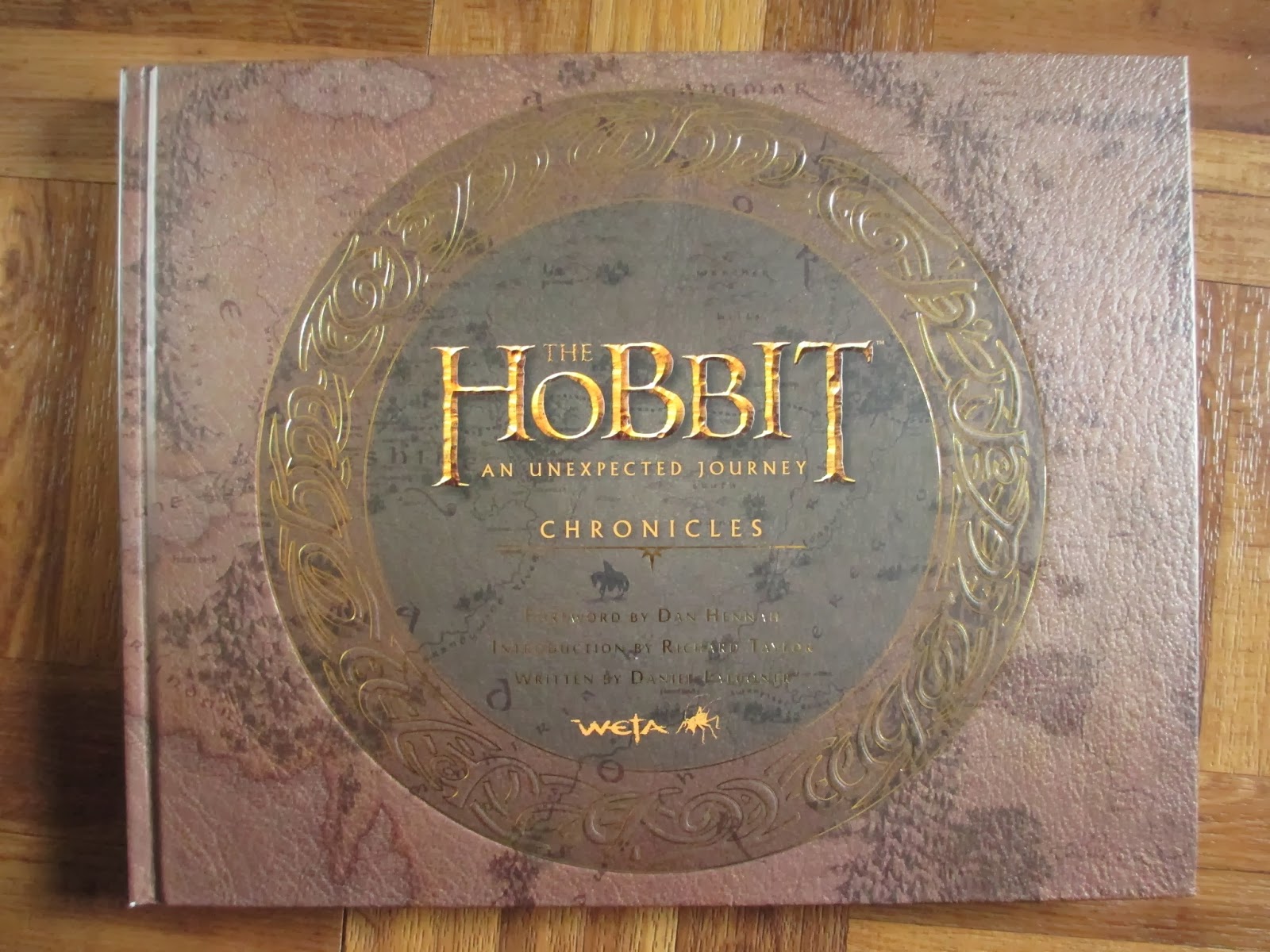 Everyone already knows this, but what a treat, what an amazing feat are these books. Just as the special features on the extended editions for The Lord of the Rings were a remarkable compilation of content, perhaps never to be surpassed, so are the Chronicles books. They just don't make special features as extensive as those, and they just don't make movie books as extensive as these. I like movie companions, but they're sparse on details. These books are not.

The Hobbit: An Unexpected Journey, Chronicles: Art and Design already has the added benefit of being composed by the same people who did the work being discussed in the book. Daniel Falconer of Weta Workshop wrote the book, so all the short settings that start each chapter are written by him. These describe the content, whether it is about the dwarves or Gollum or Rivendell. But instead of just describing the places or characters, this text explains what is significant about it within the context of the film--and consequently what was important for the craftspeople and designers and everyone to convey through their work.

The body of each chapter, then, consists of imagery and quotes. Concept art, prop images, makeup tests, everything like that. With each image or small group of images, there is at least one quote from someone in the crew describing the work. The quotes are usually about a paragraph or so, which means that you're never bombarded with information: you can take the time to savor each page, take in what they have said and admire their work. What's intriguing is that not all the images are of what made it into the movie. Sometimes there are things that were designed but were simply never seen or used by the characters. Sometimes there are early design ideas that contributed to the look that was eventually decided on. It's amazing to see all the work that was done and the thought that went into each decision.

So many talented people worked on this movie that learning about the work they did is an adventure of itself. This book is amazing.

Posted by Deanna Skaggs at 9:52 AM

Labels: An Unexpected Journey, Art and Design, Chronicles, The Hobbit