Alas, I am not expecting to review much in the way of Valentine's Day chocolate this year. World Market had one or two that looked alright, but I didn't buy any. And much as I am enjoying ogling the Valentine's selection online from Valerie Confections, the reality is that I won't be getting any of their delectable creations. So instead I give you a very normal chocolate confection, wrapped up in a red bag. 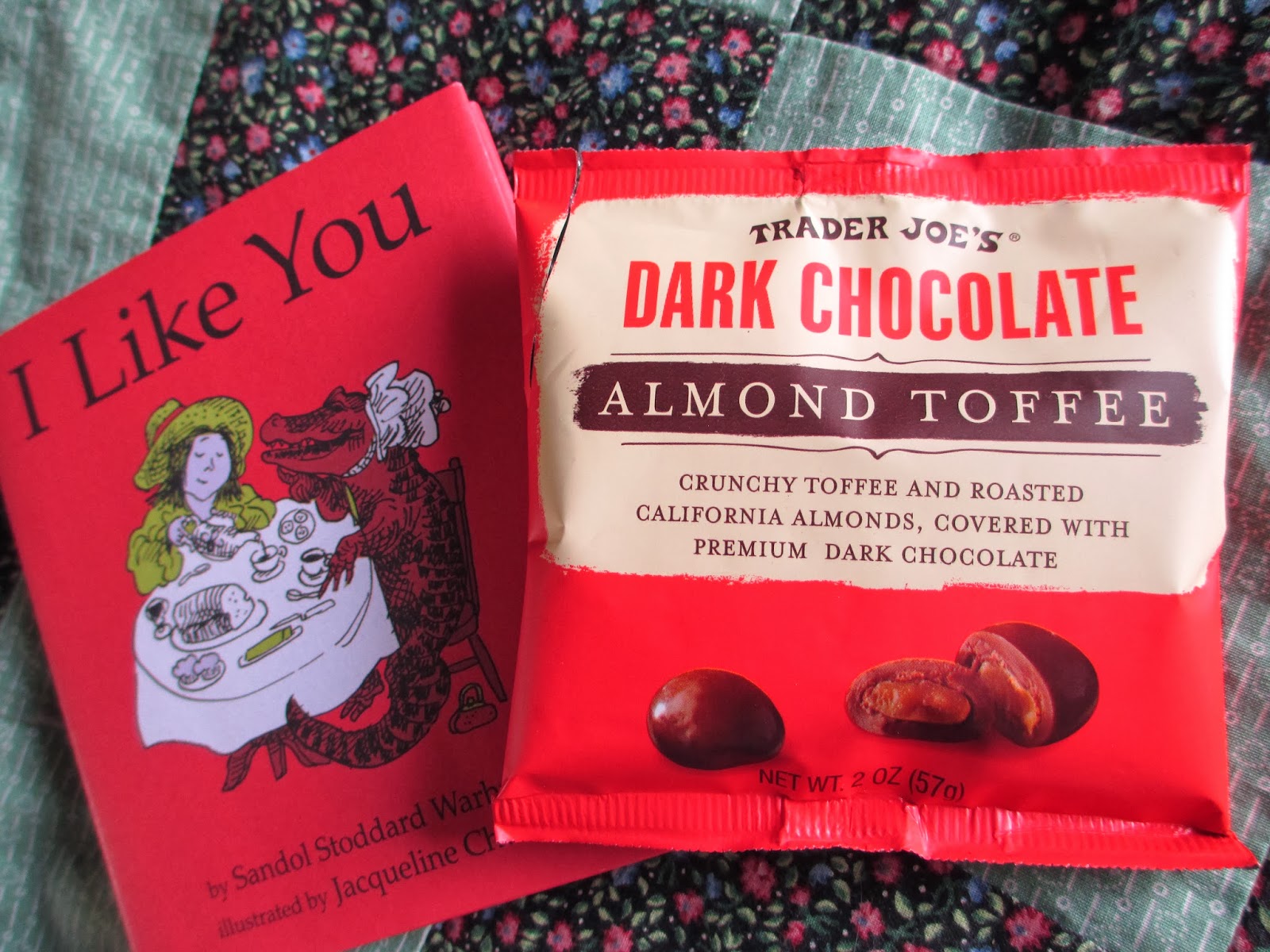 Since the Tahitian Vanilla Caramels from Trader Joe's were nice, I thought that perhaps the Almond Toffee would be worth trying. These toffees, though still rounded, are flatter than the caramels were, presumably because toffee is usually made in flat sheets. The almonds are broken into pieces and dispersed within the toffee; this is definitely preferable to a toffee-dipped almond that is then covered in chocolate. As it is, the crunch is the squeaky crunch of toffee and not so much the harder crunch of almonds. The chocolate coating could possibly be thinner, but that might just be my opinion. Both the chocolate and toffee have equal impact on the flavor, so perhaps only a major toffee person would want the chocolate to have less impact. 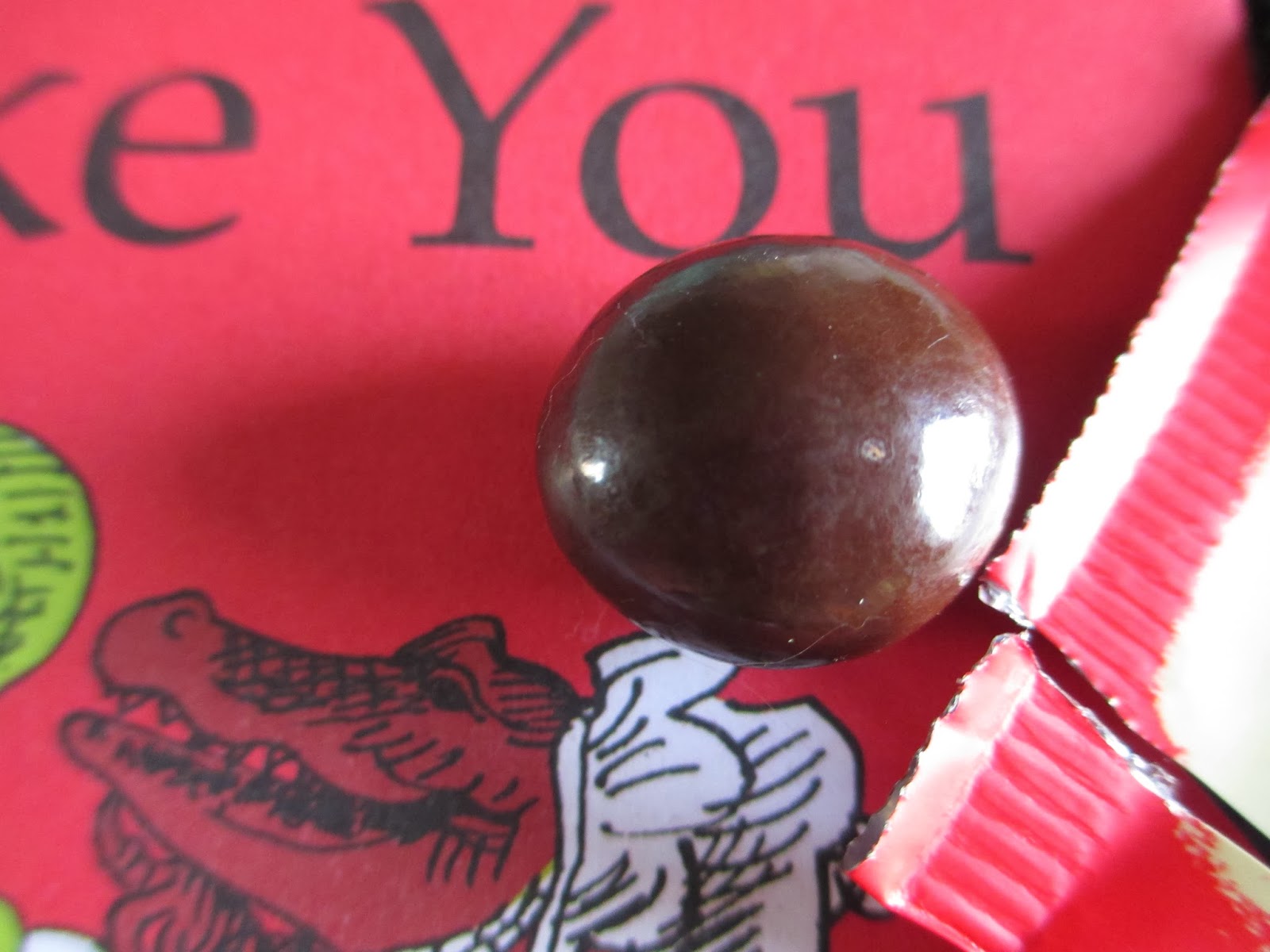 It's just that, eating these, I'm reminded of how much I enjoy toffee and how little I usually end up eating it. It isn't one of the things I usually think to buy. Maybe that's a good thing, considering how jammed it ends up in your teeth. I still, like with the caramels, wouldn't call these toffees particularly amazing. But they're pleasant. The chocolate has a nice reddish flavor, the almonds add the nutty element, and the toffee brings in a touch of salt. For something in between a snack and a dessert and something just above candy, this little red bag is, after all, worth trying out for the toffee lover.