The "I Love Lucy" Scrapbook

It was sometime before Christmas that I was at Barnes & Noble and saw a book in the Bargain Books section that I wanted. It was a big book and I still wanted to look around some more, so I was going to pick it up later on before I paid. But I forgot about it. I was, then, delighted to find the same book at a different location a couple weeks ago; I snapped the book up, barely even looking at it.

Then when I sat down to read it, I wondered, is this really the same book I saw the first time? This one is The "I Love Lucy" Scrapbook: The Official Scrapbook of America's Favorite TV Show by Elisabeth Edwards. In her opening, she explains the difference between this book and another, Lucy & Desi: A Real Life Scrapbook of America's Favorite TV Couple. I think perhaps that that was the book I saw the first time--which means that I am, once again, dissatisfied. Whether or not that was the book I saw before, I want it. Oh, greedy me. 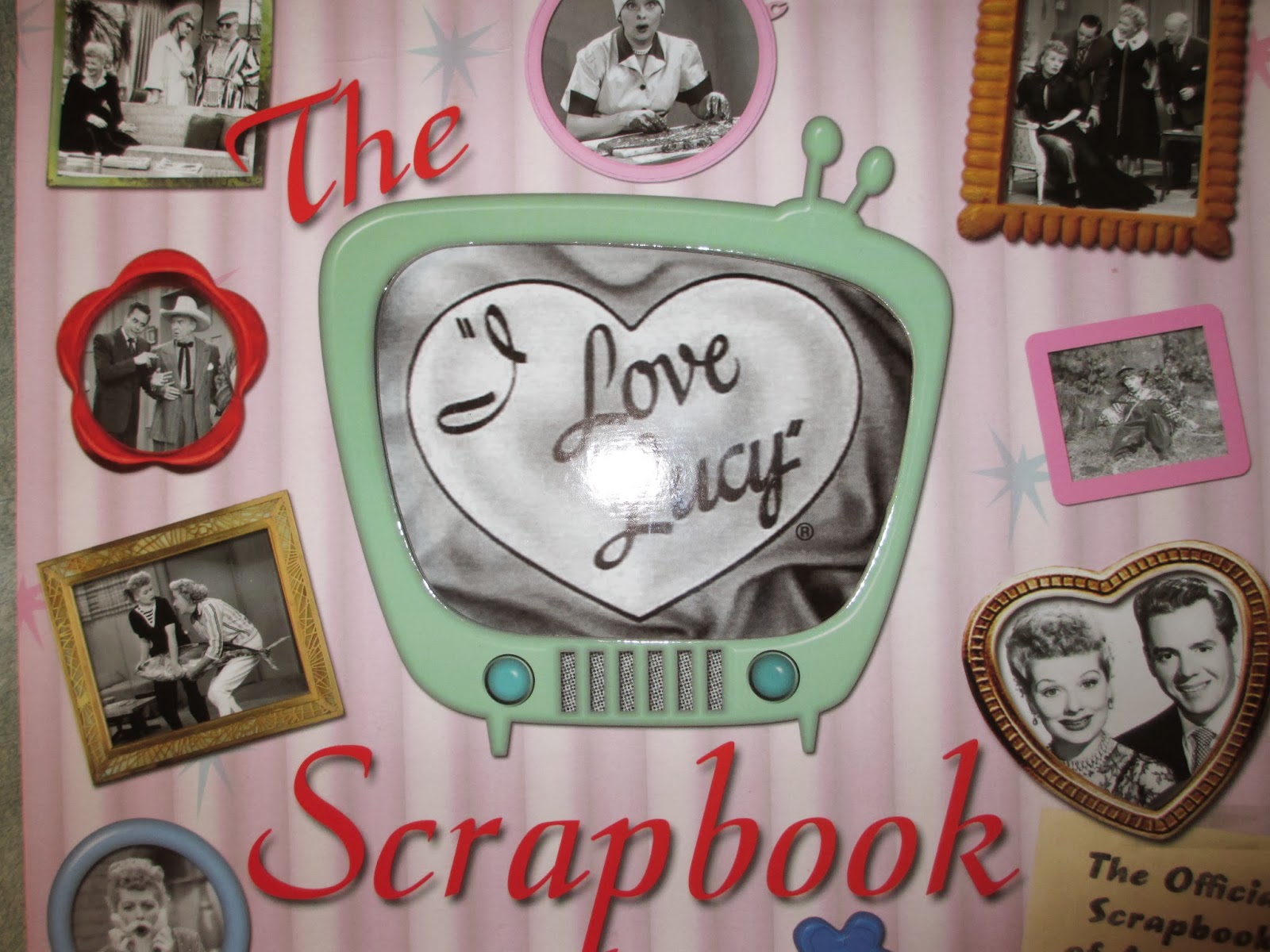 The book that I do have, however, was still worth my time. With a list price of $35, I got it for $10. It's from 2006, so it isn't a brand new book, but it's still modern. Based around the idea of the scrapbooks that Lucille Ball and Desi Arnaz both kept, this book is designed to look like a scrapbook. The hardcover comes in a separate, hardcover sleeve and is fairly big in size, though only 69 pages thick.

Chronologically, it moves from the pilot episode of I Love Lucy through to the end of the show, including the comedy hour episodes. Each season appears with a different color background to make flipping through easy. Most of the pages have the titles of three or four episodes, with a textual focus on one or two. The text is written from either Lucy's or Desi's perspective (the book doesn't say whether or not these are excerpts that they actually wrote, so I suppose it's fictional text based around factual information). They describe what it was like to be on set, how they rehearsed, what actors or crew members they were working with, and what their plans were for future episodes. There is a bit of plot summary, which isn't exactly necessary since I've seen every episode many times.

The imagery is varied. There are stills from the show, just a couple of behind the scenes pictures, a couple of script pages, and other random images based around props and plot. Pieces of costumes, Lucy's Schedule, the invitation from the Society Matron's League, things like that. It's all sort of fun and tactile. Then there are the historical bits. The cover of the Life magazine that Lucy and Desi and their children were on, newspaper and review articles with reactions to the show. These were some of my favorite things to look at. And as someone who has been watching I Love Lucy forever but hasn't really looked into much of the history around the show (maybe it's because we all know the sad ending for "America's favorite TV couple" and we hate to think of that happening to Lucy whom we loved), this book did offer me a small measure of info. There is the general information about the show, as well as various little factoids like how much Orson Welles got paid for his episode. A smattering of info with a fun format.
Posted by Deanna Skaggs at 10:31 AM