Reflection on the Blood Moon

It seems there are so few times for us now to really take in Nature and to experience its awe, beauty, and sublimity. "The world is too much with us," eh? So when I heard about the lunar eclipse, I thought, well, I can stay up that night, so I will, even though I don't know if it'll be a great sight or not, but at least it'll be an excuse to just go and sit outside and enjoy the night. Sometimes I forget to do that. 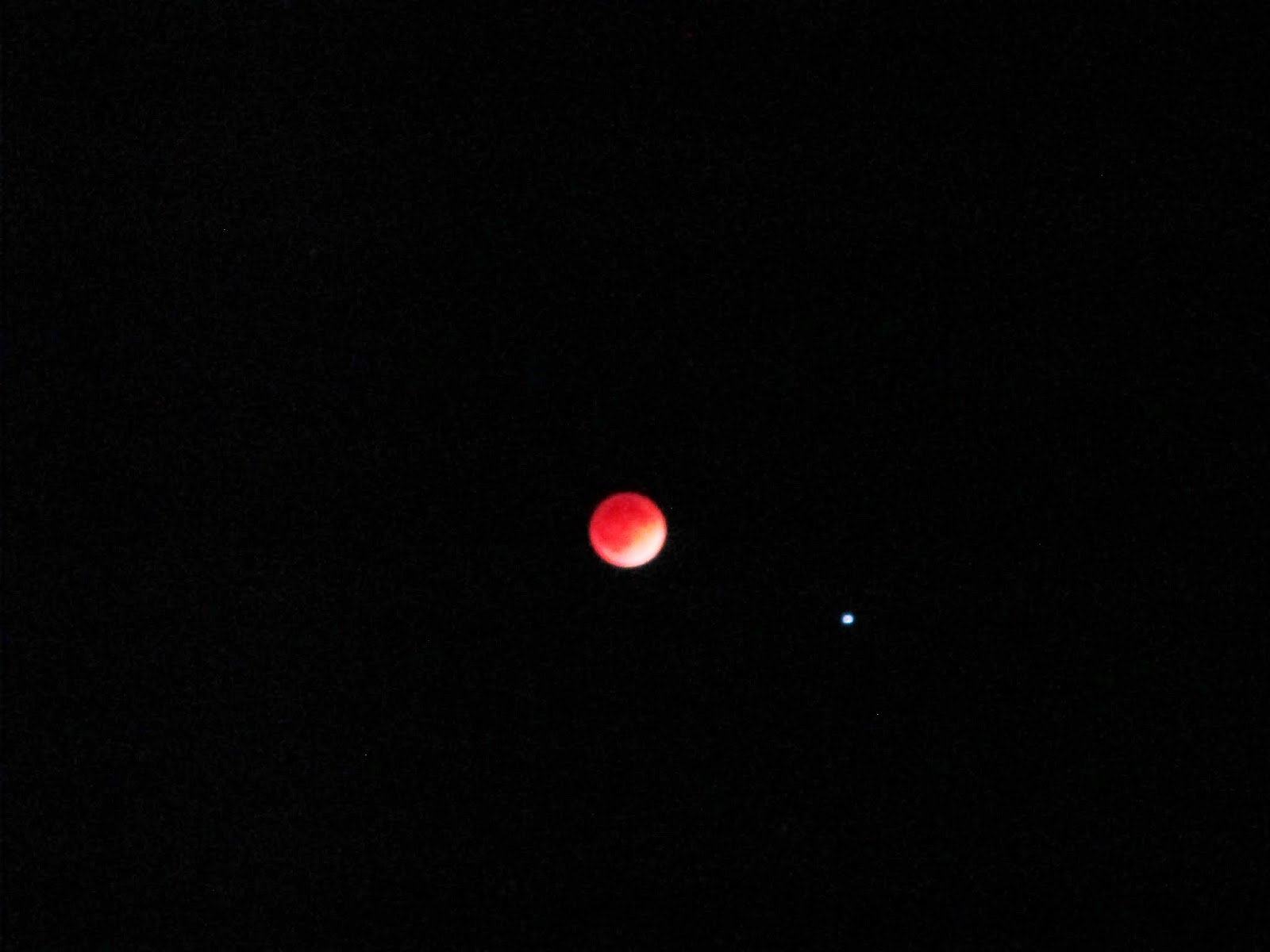 I set up my bench, wrapped myself in a blanket, and dug from a bag of tortilla chips. And I listened to the silence of the night, remarking on the absolute contrast of the calm quiet with the rapid, hurried chirp of the crickets. I watched as the night grew steadily colder and darker, as I could no longer see the outline of the bushes and as more and more stars appeared in the sky. And it was beautiful. 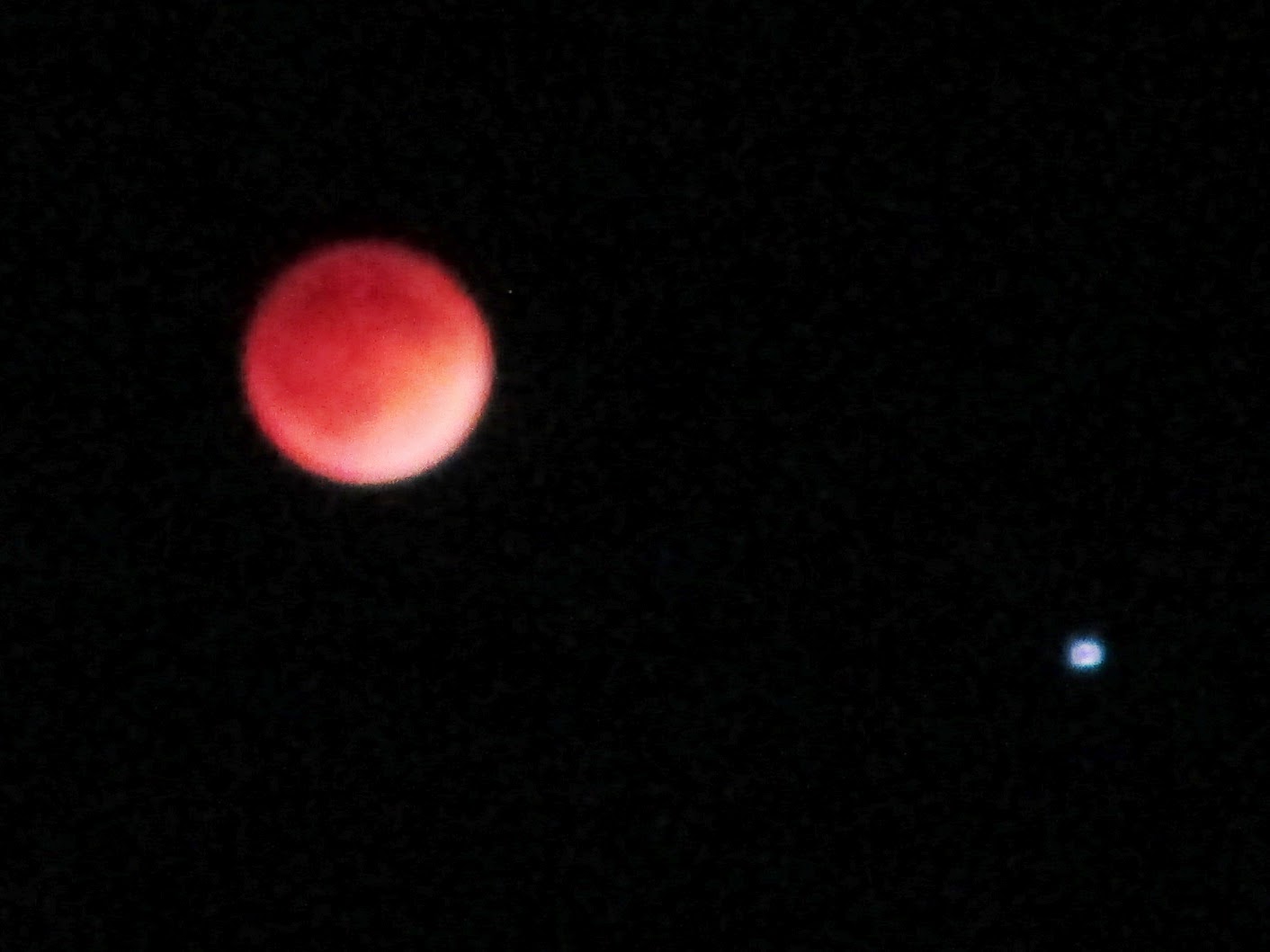 And I watched as a shadow steadily grew across the bright moon's surface and as the edge of the shadow grew faintly tinted in red. I watched the moon fade before my eyes, with a ragged and blended line unlike the line that appears on a normal night's partially eclipsed moon. It was like watching a full cycle of the moon right occur right before my eyes. 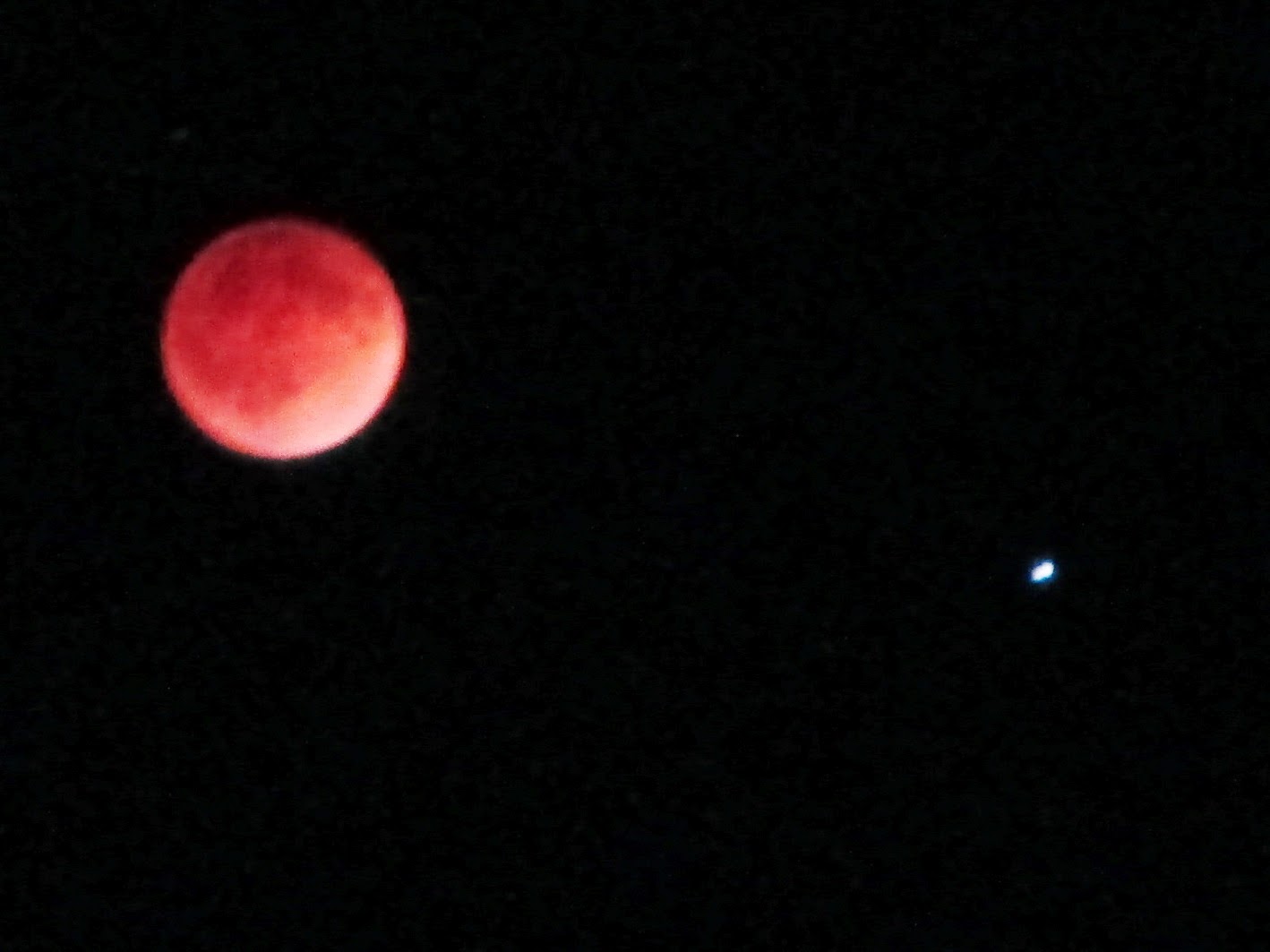 And then the moon was entirely covered and it was a glowing, matte shade of golden orange. It was less red than it appears in my poor pictures. It was orange like a a golden berry, or like the sun if it lost all its power. It looked neither like the moon, nor like the sun. It looked not of the sky.

It reminded me of science fiction stories where another world comes with its own set of colors, except that the sky remained the same despite the altered shade of the moon. I thought to myself of C.S., of The Space Trilogy, particularly of Out of the Silent Planet and Perelandra, and also of The Chronicles of Narnia--not so much The Last Battle but more of The Voyage of the Dawn Treader and the island near the edge of the world where Ramandu lives and swallows a bright berry from the sun every morning.

The sublime is beautiful and stirring, as is the world.

Posted by Deanna Skaggs at 7:35 PM